Your Complete Guide to Investing in Bank Stocks

Bank stocks are cheap, and, despite the macro worries, the bigger trends are very favorable for bank stocks. 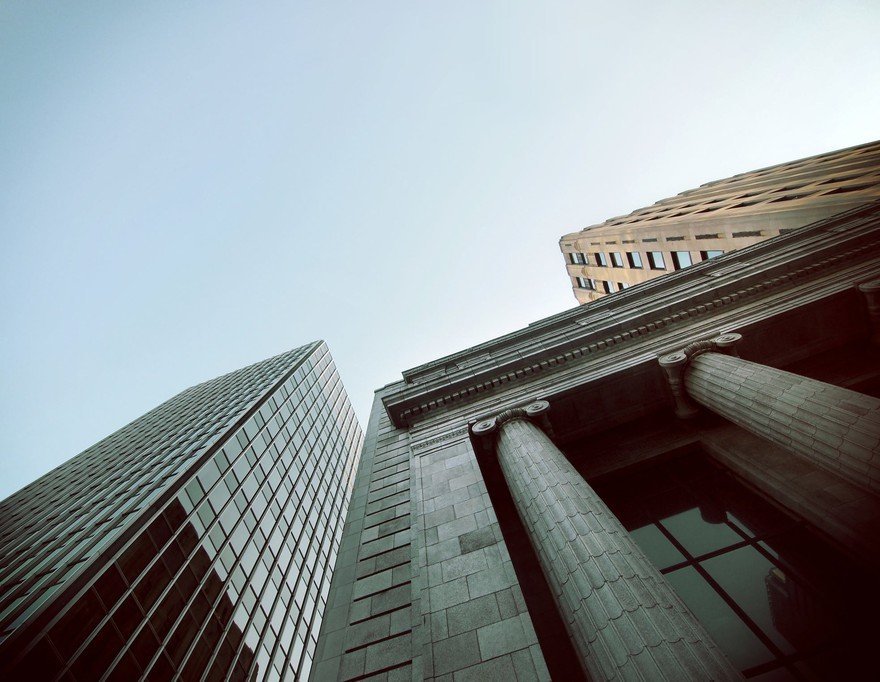 It's no wonder Warren Buffett loves bank stocks. The legendary billionaire investor has more than $80 billion of the $330 billion Berkshire Hathaway (NYSE:BRK.A) (NYSE:BRK.B) stock portfolio invested in this one industry.

The reason is simple: Bank stocks possess many of the Buffett must-haves. First, banks serve an important societal need that will never go away. Second, banking business models are relatively simple to understand. Third, despite the health of many banks improving dramatically since the 2008 financial crisis, some bank stocks are trading at a bargain -- a key indicator that now is the best time to invest.

Commercial banks are what most people think of when they hear the word "bank," which are those making money by taking in customer deposits and lending the vast majority of the cash to borrowers. Wells Fargo (NYSE:WFC) and U.S. Bancorp (NYSE:USB) are two of the biggest commercial banks.

The largest U.S. bank by assets, JPMorgan Chase was formed in 2000, although its earliest predecessor institution, The Manhattan Company, was founded in 1799. With assets of almost $4 trillion, JPMorgan focuses its core business on community banking, investment banking, and wealth management.

Under the leadership of CEO Jamie Dimon, JPMorgan managed to emerge from the global financial crisis in better shape than its peers. Sensing the growing default risk, the company largely stayed away from the toxic subprime and derivatives markets, a move that brought criticism for being too conservative. Like its other mega-bank peers, JPMorgan has also navigated the COVID-19 pandemic, emerging largely unscathed, and is now set to profit from rising interest rates.

Bank of America is second to JPMorgan, with more than $3.2 trillion in assets. Unlike JPMorgan, the company was bruised and battered by the financial crisis after two notable acquisitions that brought years of costly litigation and cost tens of billions in losses.

CEO Brian Moynihan, who took over in 2010, led one of the most dramatic turnarounds in banking history. As a result, Bank of America was well-positioned coming into the COVID-19 pandemic with a cleaned-up balance sheet and great management. Today's BofA is arguably the best-run of the biggest banks, and the steady improvement in its return metrics supports this. Buffett is certainly a big fan, having made Bank of America easily the biggest bank in Berkshire's portfolio. With the cash from the largest low-cost deposit base in banking, BofA is potentially in the best position to profit from rising interest rates.

Wells Fargo (NYSE:WFC) has a great track record of strong lending results across economic cycles. It was remarkably stable throughout the Great Recession, taking a conservative approach to loan and deposit growth and avoiding risky investments. Historically, Wells Fargo been one of the best banks at managing through crises, a big reason Buffett long made it a featured holding in the Berkshire portfolio.

But the fallout from a fake accounts scandal that damaged the bank's reputation and led to the ouster of its CEO has plagued the company and made Buffett a seller. It also led to severe restrictions from regulators, including a prohibition on increasing its assets above $1.95 trillion. As of May 2022, this asset cap was still in place, a brutal restriction as we move into a rising-rate environment.

Return on assets (ROA) is the percentage of overall profit, or net income, a company makes relative to its total assets (which include interest-earning loans, securities, cash, etc.).

As a general rule, you shouldn't look at net interest margin as a stand-alone metric but understand a bank's net interest income and expenses -- in particular, how successful a bank is at maintaining low-interest-yield deposit customers during rising-rate environments.

Efficiency ratio measures how much of a bank's revenues go toward covering operating costs. Unlike with the metrics above, where a higher number is better, a lower efficiency ratio is what you want to see. This should lead to higher returns and profitability since lower expenses mean more money left to lend or otherwise invest.

Nonperforming loans (NPL) are loans that are at least 90 days past due and approaching default. The lower the percentage of bad loans, the better. A NPL ratio above 2% can be cause for concern.

A charge-off is a declaration by the bank that money lent out is unlikely to be collected. Generally such a declaration is made about a delinquent debt that has gone more than six months without payment. The net charge-off rate, which is net charge-offs divided by total loans, represents the percentage of total loans unlikely to be paid back. This metric is particularly important to watch for banks with large unsecured debt, such as credit card debt, especially during economic downturns.

Price-to-earnings (P/E) ratio is a helpful metric for understanding how expensive a stock is relative to its earnings. But, for bank stocks, the price-to-tangible book value (P/TBV) ratio is also very useful. P/TBV measures how much a bank is trading at relative to assets such as property, cash, and the loans in its portfolio. This is in contrast to the price-to-book (P/B) ratio, which also includes intangible assets such as patents, brand names, and goodwill. The P/TBV metric strips away intangible assets and focuses on the tangible assets that drive a bank's earnings and underpin its value.

A number of factors can affect the earnings and book-value multiple investors are willing to pay for a bank. A good rule of thumb is to focus on the best-quality banks and invest in them when shares trade for a solid discount to their historical valuations. It's also important to compare banks to similar peers since differences in banking services, operating models, and profitability metrics can result in one bank consistently trading for a higher -- or lower -- valuation than dissimilar peers.

Banks aren't known as beacons of innovation. Their slow processes, high fees, and sometimes questionable lending practices have created an industry ripe for disruption. Fintech (the term is short for financial technology) could do just that. Fintech includes a broad array of applications, many of which banks have already started adopting such as chip-enabled card systems and mobile banking apps. But the real pressure comes from newer, more innovative approaches to how consumers bank: Peer-to-peer (P2P) lending and payments, robo-advisors, and brokers offering cheap stock trades.

Bank stocks can be solid dividend investments, with the caveat that they're very leveraged and heavily tied to the ups and downs of the economy. As a result, banks can go for years, paying and increasing a steady dividend, only to have the payout wiped out when there's an economic downturn or banking crisis. That's particularly true for the largest banks, which face more stringent regulation. Wells Fargo, for instance, was required to cut its payout more than 80% in 2020 due to concerns about its financial condition.

Owning a few of the top banks as part of a dividend portfolio is likely to prove a sound strategy as long as your holdings are diversified.

Insurance companies can produce great returns no matter what the economy.

Are Bank Stocks Safe? The Pros and Cons

The bank itself is a safe place to put your money. But what about bank stocks?

Despite the pandemic's effects on the global economy, the massive federal stimulus and a resurgent economy resulted in the banking industry emerging unharmed. Combine the current health of most bank balance sheets with a rising interest rate environment, and most banks -- especially commercial and universal banks with large commercial operations -- are likely to generate very strong earnings results in the years ahead.

As of this writing in May 2022, banks trade for some of the cheapest P/E multiples we have seen in years, which is a product of inflation, skyrocketing housing prices, ongoing supply chain worries, and fears of recession. If those things lead to an economic slowdown, bank stocks will almost surely fall in the short term.

But, looking at the longer term, today's valuations look like incredible price points considering how favorable the long-term trends are for bank stocks. If those valuations are still this low when you read this, then now is absolutely a great time to buy bank stocks.

Why The Graph, Chiliz, and Lido DAO Are Soaring Today