Are Penny Stocks a Good Investment?

Everybody likes a bargain, and stocks with low share prices certainly seem like bargains. With some high-priced stocks costing hundreds or even thousands of dollars for a single share, buying penny stocks -- stocks with share prices of less than $5 -- can be a tempting way to try to grow your money quickly. However, penny stocks generally have a well-deserved reputation for burning investors.

It is possible to achieve strong returns by investing in young companies with small valuations or depressed stock prices, but typically it’s better to invest only in companies that are larger and have less speculative valuations. Any risky stock buys should at least be limited to shares of companies that generate meaningful revenues -- or are pursuing clear, realistic paths to growth.

We’ll delve into how to identify cheap stocks, as well as name some individual stock picks that have significant potential. But first, let's take a closer look at penny stocks and why they have such a poor reputation.

Can you make money on penny stocks?

There are plenty of good reasons to invest in small companies. Investors who buy shares in fast-growing companies that are still small capture a lot more share price upside than those who wait to buy stock until the companies have grown into giants.

However, penny stocks are almost never the bargains that they appear to be. Their shares are cheaply priced for good reason. At best, penny stock companies are unproven and small with dubious long-term prospects for success, and, at worst, the penny stocks themselves are vehicles by which con artists take advantage of unsuspecting investors.

Many penny stocks are traded so cheaply because the businesses behind them aren't worth much more than that.
Tom and David Gardner, Co-founders, The Motley Fool

Penny stock investors often erroneously think that a low share price indicates that the company has greater potential to grow than those with higher share prices. In reality, the valuation of a company -- also known as its market capitalization -- is determined by two factors:

Regulatory authorities know that penny stocks are highly tempting to many investors, so they're quite explicit about listing their dangers. As the U.S. Securities and Exchange Commission states, "Investors in penny stocks should be prepared for the possibility that they may lose their whole investment." (Italics in original.) That's technically possible with any stock investment, but the total loss of value is far more likely with penny stocks. 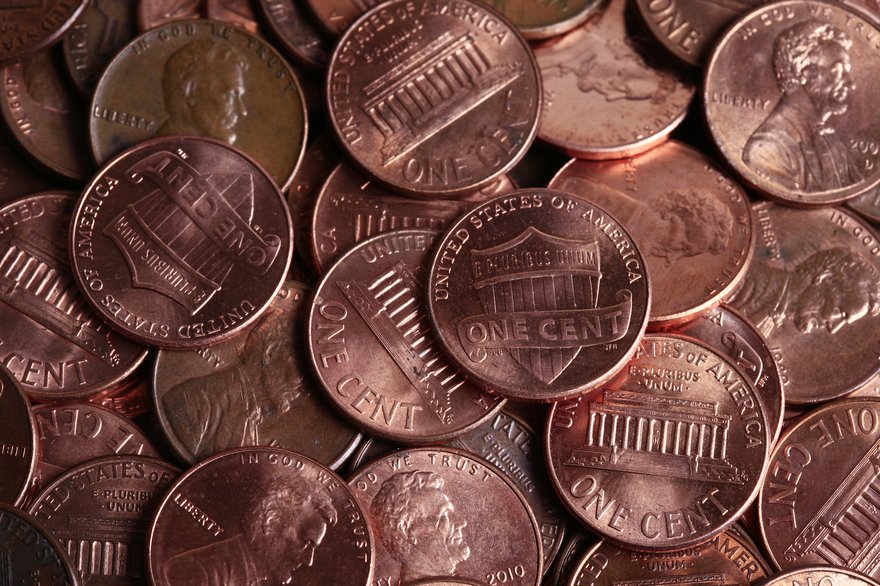 My foray into penny stocks turned into an investing horror story that I was reminded of every time I looked at my brokerage statement.
Reuben Brewer, contributor, The Motley Fool

Penny stocks come with substantial risks compared to those of ordinary stocks. The risks include the following:

2. Penny stock companies are unproven. It's rare for companies that you've already encountered in your daily life to be among the ranks of penny stocks. Rather, penny stocks are usually those of less established companies that have yet to prove that they can endure and succeed.

3. Penny stocks don't trade on major stock exchanges. Penny stocks are not listed by the New York Stock Exchange (NYSE) or the Nasdaq Stock Market (NASDAQINDEX:^IXIC). Instead, penny stocks typically trade over the counter, or OTC. The companies whose stocks trade in the OTC market are subject to less rigorous reporting requirements than those included in the NYSE and Nasdaq. Efficiently buying and selling shares of penny stocks can also be comparatively difficult because stocks that are less frequently traded are more illiquid, meaning that wide ranges between bid and ask prices are common.

4. Penny stocks are sometimes the targets of pump-and-dump schemes. Con artists often target penny stock investors by promoting a penny stock company as the next hot investment. Building hype about a penny stock can pump up its share price, and the price increase itself can be misleadingly cited as evidence of the company's success. After the stock price increases, the scammers typically sell (dump) their shares for profit and stop promoting the stock. The share price then usually declines, causing large losses for the late-arriving investors who believed the hype.

Fortunately, there are better alternatives to penny stock investing. Thanks to the rise of fractional share trading, which enables purchases of less than one share, you can often invest in stocks for which the share price is extremely high. For instance, a single share in a company like Alphabet (NASDAQ:GOOG) (NASDAQ:GOOGL) costs thousands of dollars, but you can buy any fraction of a share and still gain portfolio exposure to the stock's future performance.

Moreover, high-quality companies can have low share prices. All of these companies' share prices were less than $10 in early 2022:

These are just a few of the stocks that you can buy without spending a lot for each share. Investors who are willing to assume high risk in order to potentially achieve high returns have plenty of stocks from which to choose that offer better risk-reward dynamics than penny stocks.

How to Build an Investment Portfolio

An portfolio can be made up of various investment vehicles. Here are tips on building yours.

Good research can help investors find the best companies to invest in.

If we can't persuade you to not invest in penny stocks, then you should at least follow these basic precautions to protect your portfolio:

1. Determine the maximum dollar amount that you're willing to lose. Figure out how much money you can afford to lose and then limit yourself to investing that amount. That way, if your investment goes under -- as many investments in penny stocks do -- then you won't be in real financial trouble.

2. Don't pay commissions if you can avoid them. Make sure that the brokerage firm you use doesn't charge trading commissions. Many brokers have gone commission-free on stock trades but with a catch -- commissions or special fees are still assessed by some brokers for stocks with share prices below a certain level.

3. Get a second opinion. Be sure to conduct independent research on the penny stock companies that interest you. Too often investors rely solely on information from the company itself or from stock promoters, leaving them prey to fraudulent schemes. If you can't actually find any information from third-party sources, that by itself is a warning sign that a pump-and-dump scheme may be occurring.

4. Be realistic with your expectations. Finally, understand that almost no penny stocks make money over the long term. Most of the rare profits that penny stock traders generate arise from short-term moves that are based on emotion rather than the company's stock or business fundamentals.

Penny stocks represent a volatile and risky part of the stock market, and many investors have suffered big losses trying to invest in them. With so many well-established companies available to own, there's little reason to settle for the highly risky companies that issue penny stocks.