Everything you need to know about taking maternity leave in the United States. 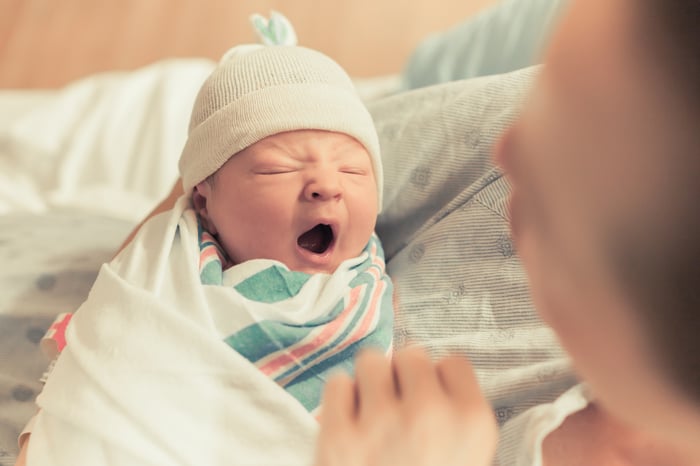 What are the maternity leave laws in the United States?

The United States is the only developed country, and one of the only countries in the world, that has no federal law that guarantees parental leave to its workers. If you live in the United States, there are a couple of ways you may be able to get maternity leave.

FMLA provides 12 weeks of unpaid leave after the birth or adoption of a child.

Who qualifies for FMLA?

No, FMLA is not paid, though your employer may provide some sort of paid leave, and some states provide paid options. Some mothers use short-term disability insurance to bring in a portion of their normal wages while on leave.

Yes, FMLA does cover doctor-ordered bed rest. If you qualify for FMLA, you can take job-protected time away from work as a part of your 12 weeks, so if you're on bed rest for two weeks before you give birth, you will have only 10 weeks remaining after the birth of your child.

The Pregnancy Discrimination Act (PDA) and the Americans with Disabilities Act (ADA) prevent an employer from treating a pregnant woman on bed rest any differently than they would another employee on bed rest for any other reason.

There are some states that provide maternity leave beyond FMLA.

The state of California offers employees at private companies and all public employees the option to combine the 12-week unpaid FMLA leave with four months maternity disability.

The California Paid Family Leave Act allows employees who have worked at a company for at least a year to take six weeks paid leave (at roughly 55% of their normal pay).

Some cities like San Francisco require some employers to provide paid leave.

Workers get up to 16 weeks unpaid leave in two years' time. To qualify, your employer must have 75 or more employees (with the exception of private or parochial elementary schools), and you must have worked at least 1,000 hours in the 12 months prior to leave being taken.

In the nation's capital, workers get up to 16 weeks unpaid family leave plus 16 weeks medical leave for a serious medical condition. All public- and private-sector employees qualify provided they have worked at least 1,000 hours in the 12 months prior to leave being taken.

In addition to FMLA, workers in Hawaii get up to four weeks of unpaid leave each year. This does not apply to public-sector employees, but it does apply to those in the private sector who work for a company with at least 100 employees and have worked for their employer for six consecutive months.

In the state of Maine, workers employed by companies with at least 15 workers, by the state government, and by local government agencies with at least 25 employees are provided up to 10 weeks unpaid leave every two years for the birth or adoption of a child age 16 or younger.

Minnesota provides up to six weeks unpaid maternity leave to workers whose employer has 21 or more employees. To qualify, you must have worked at the company for a minimum of 12 months at an average of half of full-time hours.

New Jersey offers six weeks of additional unpaid leave every 12 months to workers at companies with 50 or more employees. To qualify, you must have been at the company for at least one year and have worked for at least 1,000 hours in that time.

Additionally, New Jersey does offer paid leave (up to two-thirds of wages, capped at $524/week) for six weeks provided that any paid leave is taken concurrently with FMLA or state unpaid leave. This applies to employees who have worked for an employer for at least 20 calendar weeks or have earned at least 1,000 times the state minimum wage during the 12 months prior to leave.

This applies to employees at all private-sector companies who have worked full- or part-time at a company for 26 consecutive weeks. Public employers have the option to opt in.

As of Sept. 1, 2019, most mothers who work for the state of North Carolina will get eight weeks of fully paid leave after giving birth to a child. Eligible workers are those who have been with the state for one year.

Oregon offers up to 12 weeks unpaid leave per year plus an additional 12 to care for a sick or injured child who requires home care. To qualify, you must work for a company with 25 or more employees and have worked for at least 25 hours a week in the last 180 days.

Rhode Island offers 13 weeks of unpaid leave every two years after the birth or adoption of a child 16 years old or younger. This is offered to those working for the state government, local government agencies with 30-plus employees, or working for a private employer. To be eligible, you must have been a full-time employee (30-plus hours/week) for 12 consecutive months.

The state does offer some paid leave as well: The Rhode Island Temporary Caregiver Insurance Program provides four weeks of paid maternity leave to care for a child, and up to 30 weeks for an employee's own disability. The program applies to all private- and public-sector employers who opt in to the program.

Workers are provided up to 12 weeks (unpaid) every 12 months. Eligible workers are those who work for employers with 10 or more employees and have worked for the employer for an average of at least 30 hours per week for one year.

Washington state offers 12 weeks of unpaid leave every 12 months through the Washington Family Leave Act. This applies to workers at all employers. Eligible employees will have worked for at least 680 hours during their qualifying year.

Wisconsin offers up to six additional weeks of unpaid leave for the birth or adoption of a child to workers at companies with at least 50 permanent employees, in both the private sector and state government. Eligible employees are those who have worked for a company for at least 1,000 hours over 52 consecutive weeks.

What if my employer doesn't offer maternity leave?

This is the reality for many women in the United States. If you don't qualify for FMLA and your employer does not provide maternity leave -- paid or unpaid -- you may have some options.

Use sick leave and paid time off

In order to take paid time away from work, you can take all of the paid sick leave and paid time off that your company offers.

Request a leave of absence

How to ask for and take maternity leave