Please ensure Javascript is enabled for purposes of website accessibility
Log In Help Join The Motley Fool
Free Article Join Over 1 Million Premium Members And Get More In-Depth Stock Guidance and Research
By Glassdoor - Nov 3, 2019 at 10:00AM

Yet more employers are trying to foster diversity in the workplace.

In spite of employers increasing investment in diversity and inclusion, a new Glassdoor survey reveals that 61 %, or about three in five U.S. employees have witnessed or experienced discrimination based on age, race, gender or LGBTQ identity in the workplace. The 2019 Diversity and Inclusion Study was conducted online by The Harris Poll among over 1,100 U.S. employees and revealed the prevalence of discrimination at work. Furthermore, in surveying employees across the U.S., U.K., France and Germany, issues of belonging are common. 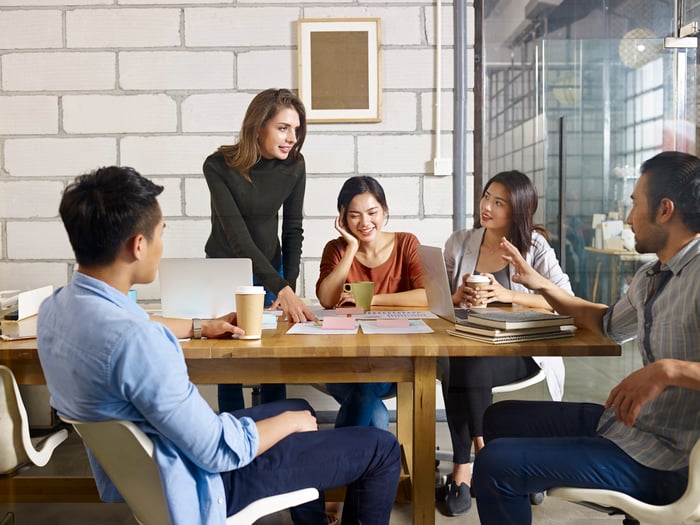 Among the key findings of the survey, employees revealed:

"Creating a company culture that celebrates and respects people for their diverse backgrounds and experiences should be a top priority for all employers," said Carina Cortez, Glassdoor's chief people officer. "Employees must feel comfortable bringing their full selves to work, without the fear of prejudice or ridicule, whether intentional or not. It's critical for employers to actively listen to how their employees feel about what it's like to work at their company. More importantly, employers must be willing and ready to take action to foster a workplace environment in which all people feel they belong."

During a time of record low unemployment, the U.S. is experiencing one of the best times in history to find a job. This also means that companies are being evaluated even more closely by career-minded job seekers for signs of mission-aligned values, a thriving company culture, and a people-first approach. Our survey shows that workplace discrimination, whether based on race, ethnicity, age, gender, sexual orientation, or identity, to name a few, persists.

"While it's troubling to see that a majority of people have experienced or witnessed discrimination at work, with more awareness comes more action to ensure greater inclusivity in the workplace," adds Cortez. "The results of this survey should be a wake-up call for workers and employers to foster a more inclusive culture to end any form of discrimination at work."

How companies are tackling diversity and inclusion

A bright spot in the conversation around diversity and inclusion is the heightened level of investment employers are making both within their companies and on Glassdoor. Glassdoor's economic research team found that over the past year, hiring for roles dedicated to fostering more diverse and inclusive workplaces has increased 30%.

Within their ranks, both large and small companies are investing in online courses, trainings, open dialogues, employee resource groups, and companywide diversity education. Employers inducing 3M, Babbel, Eli Lilly, Visa, Airbnb, DocuSign, and more are developing innovative strategies to promote diverse hiring practices as well as retention tools. It's no surprise that these companies and others are investing in inclusivity not only because it's the right thing to do, but also because the candidates of tomorrow truly care. More than six in 10 (62%) U.S. employees between the ages of 18 and 34 -- which includes millennials and gen Z — believe their company should do more to increase diversity and inclusion.

"At Glassdoor, we encourage our employees to bring their authentic selves to work," says Cortez. "We empower our workers through employee resource groups, companywide diversity-driven speaker series, and monthly programming that not only educates, but also celebrates, diverse communities and employees."

The 2019 Diversity and Inclusion study reveals that while progress is being made, there is much more work to do to eliminate discrimination in the workplace. Identifying the problems and recognizing companies striving for equality give hope that we will begin to see more diverse and welcoming workforces in the future.