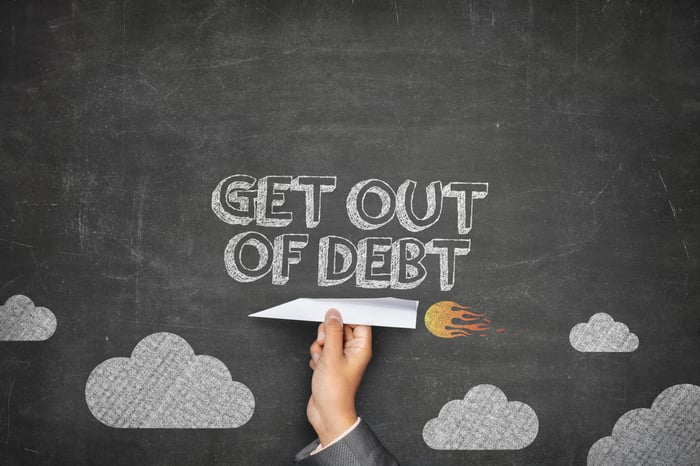 In the video segment below, The Motley Fool analysts Nathan Hamilton and Michael Douglass discuss some balance-transfer credit card essentials and how cardholders can use them to pay off debt faster.

Nathan Hamilton: A balance transfer card is a card that offers a 0% introductory APR, and that's going to be spanning over a period. Depends upon the card, but some are nine months, some are up to 21 months, and everything in-between. It is essentially taking a high-cost balance from another credit card where you're incurring interest charges, and paying a fee to move that balance to the 0% APR card.

Douglass: Yeah, and then you just don't pay interest on it during that time, and you can hopefully get it all paid off.

Douglass: All right. Number two -- speaking of which -- how much money can you save?

Hamilton: Good credit and better, so people that do have poor credit, unfortunately, there may not be very many options out there, but if you have good credit and better -- which is considered a FICO score in the high 600's and higher -- then, yes, you will qualify. Of course, the offer -- the 0% period, 9 months to 21 -- like I said before will vary based upon how good your credit is. If it is better you're going to get the better offers.

Douglass: Number four, let's talk about transaction fees. What are they?

Hamilton: Yep. This is one cost of taking that balance from one card to the other. Typically, where you're going to be charged is per transaction, and it's going to be a percentage or a flat dollar amount. Typically, it's 3% or $5 whichever is greater. In most scenarios, it's going to be that 3% is going to apply but, yes, that is a fee you will incur for transferring the balances.

Hamilton: Net/net you're better off.

Douglass: Finally, let's talk about annual fees because some of them-

Douglass: Yeah. Just don't do it. Not for a balance transfer card.

Hamilton: Yeah. Yeah, there's so many balance transfer cards on the market that have great offers that don't charge an annual fee. So, really when you look at paying down debt what's the point of paying an annual fee when other cards already offer the same -- and sometimes better -- offers without it? Really, when it comes down to a balance transfer card you should expect to pay that balance transfer fee, and in all other instances you can avoid fees almost altogether.

Douglass: Yeah, and then bonus number six, we have a lot of great free information about balance transfer cards including our picks for the best balance transfer cards in 2017 at fool.com/credit cards. Again, that's fool.com/credit cards. Lot of free information. Whether you're in debt, whether you're shopping for credit cards, whether you have one and just want to see whether it's the best in the market -- that's the place to go.