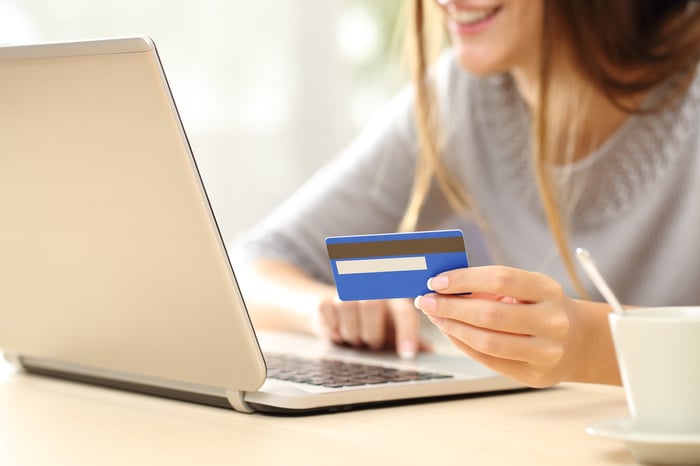 The Motley Fool analysts Nathan Hamilton and Michael Douglass compiled a handful of helpful credit card insights from the Fool's credit card specialists, and included one tip in the video about choosing a cash-back credit card or sign-up bonus.

Michael Douglass: Tip No. 3 comes from Selena, who is one of our writers and great partners, she's a longtime Fool. Don't put off exploring cards that might be great for you, such as one that gets you 5-10% back on bonus categories spending, or one that offers a fat sign up bonus worth hundreds of dollars in travel benefits. Essentially, it's the same idea that we have when we are approaching the stock market, which is, the important thing is to be invested now. That's not arguing for market timing, it's essentially saying, if you were in the stock market, that's generally a better move than not being in the stock market, because long-term, things have historically tended to return a lot. So, our hope is that that will continue. In the same way, with credit cards, the best time to get started is right now, particularly with some of these that can really do a lot for you.

Nathan Hamilton: If you're staying on budget, if you're not incurring interest charges, if you're paying your balances off monthly, it absolutely makes sense. Going back to our first point from Adam, where he mentioned Mint and Personal Capital, the last I recall, those apps allowed you to look at your spending categories and say, "I spend 60% on dining out, I spend 40% on gas."

Hamilton: Yeah. But you can categorize it. Here's where it makes sense for these bonus cashback cards. I generally look at it, when people ask me how many cards they should have, I say, normally, one to two. If you want to simplify your finances, keep it at one. If you want to optimize your rewards, two can make sense. But, back it up to what you see your budget is, and say, "OK, I can get a bonus cashback card, and this certain line item represents 80% of what I normally spend on a budget." That's where you can get the most use out of your time for earning rewards. Then, for the other card, get essentially a basic, flat rate card that is transparent, flexible, and works for everything else.

Douglass: Yeah. Let's talk about a couple of the reasons why people tend to be a little bit shy a lot of the time about opening new credit cards. One of them is concern about their credit store. The issue here is, when you apply for a credit card, usually there's a hard inquiry on your credit score. What that means is, somebody checks with the credit bureau whether you are creditworthy.

Hamilton: See how risky you are.

Hamilton: Yeah, you have to look at it this way, debunking some of the myths out there that people have, essentially looking at it, 5 to 10 points, yes, your score will drop at that point, when you have a hard inquiry. But that stays on your credit score for 12 months over a rolling 12-month period. So, it is temporary. But, looking at the advantages of potentially taking on a new card and not worry about the temporary near-term hard inquiry impact is, with credit cards and FICO scoring models specifically, what matters is managing debts well and paying your balances on time. If you're able to do that on another card, you're establishing a deeper history of essentially better credit behavior, which is reflected in your credit score. Looking at those two factors, paying on time and what's called credit utilization, which is how much of your debt you're borrowing versus what's available, that's 65% of your score. A hard inquiry is a smaller percentage, and looking at it, it's very short-sighted to say, "I'm going to skip applying for this credit card because I'm worried about that 5 to 10 point drop right now." But, if you're applying for a mortgage and you need those credit score points, sure, that can make sense.

Douglass: I think you made a good point there about thinking about this over the long-term. If you think about it, let's just run the numbers really quick. Let's say you put $20,000 on your credit card. You're doing it now on a 1% cash back card, so you can get $200 back a year. Cool, $200, a few very nice steak dinners. If you apply for a 2% cashback credit card, $400 a year, that's a $200 difference. If you don't have any other immediate big purchases that you're going to need to take out credit for, that's also extra money in your pocket. I don't know about you, but I could use $200 extra. I'm not the guy who's going to walk past a $100 bill on the sidewalk and ignore it because it's a waste of my time.

Douglass: Right. 7% return, hopefully. Cool. I think that's all on that one.