You don't build wealth with credit card rewards and airline miles. You can't beat the credit card companies at their own game. -- Dave Ramsey

Credit cards can make our lives easier, but easier isn't necessarily better. There can be many downsides to using credit, such as paying a lot in interest, running up a lot of debt, missing payments, and ending up with a terrible credit score. Here's a review of seven reasons why you might want to just use cash. 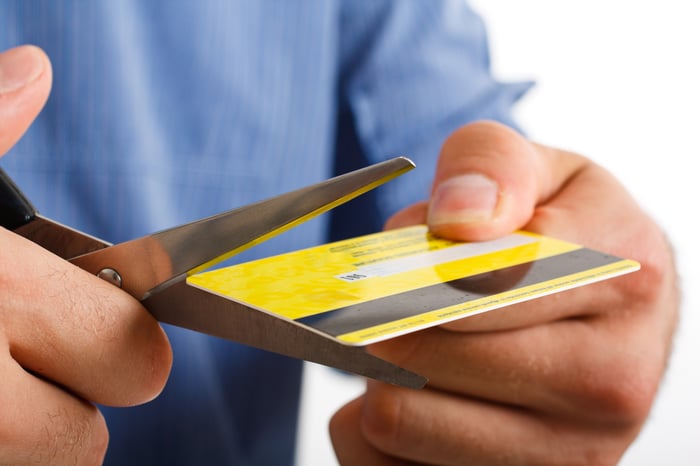 For starters, if you're not good at being disciplined with money, credit cards can make it awfully easy to end up in debt -- and, worse, rapidly growing debt. That's partly due to hefty interest rates. Here's a simplified example of how debt can grow: Imagine that you owe $5,000 on your credit card(s) and you add only $1,000 to that debt each year. You may know you're charging more than you can afford to pay, but you're aiming to keep it all reasonable. Well, over the next 15 years, if your interest rate is, say, 15%, your total debt could grow to $90,000 or more!

Of course, you may be thinking, "But I'd be making minimum payments, at least! That would keep the debt level down!" Well, yes, that will help, but not as much as you might think. Paying just the minimum is not very productive. It will keep you in debt for a very long time and will rack up major interest revenue for the credit card company. For example, imagine that you owe $20,000 on your credit card(s) and that you're being charged a 25% interest rate. If your minimum payments are 3% of your balance, you'll be starting out paying a whopping $600 per month, meaning you'll have to come up with $150 per week. If you can't, your balance will be growing, digging you deeper in debt. What if you do make that $600 payment and all future 3% payments? Well, according to a Bankrate.com calculator, it will take more than 30 years to pay the debt off, and your total payments will exceed $63,000 -- all for a $20,000 balance owed.

In case you're already deep in debt, know that your situation isn't hopeless. Many people have paid off tens of thousands of dollars of debt -- some more than $100,000! -- and have gone on to live financially healthier lives. There are many ways to get out of debt, and you can do it, with some discipline. 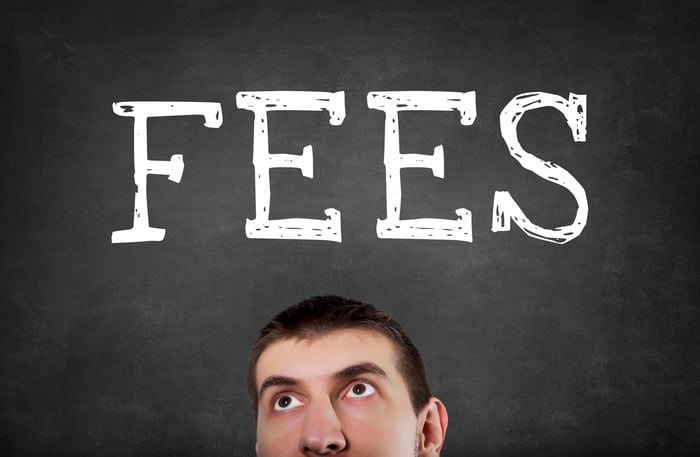 Another reason not to use credit cards is their potentially costly fees. Annual fees alone can be quite substantial. A common annual fee is $99, but high-status elite cards often charge $450 to $550 per year. High-annual-fee cards tend to be fancy ones aimed at higher-income folks. Interestingly, those fees can be worth it, if you end up collecting more than the fee in rewards -- cash back, miles, discounts, etc. Still, know that most credit cards actually have no annual fee, so you can definitely find great cards with no annual fee -- if you opt to use credit cards.

Also, know that according to a report by CreditCards.com, 87% of cardholders who contacted their card issuer were successful in lowering or eliminating their annual fee. Some 31% negotiated the fee to a lower amount, and 51% got it waived entirely.

Credit card companies collect lots of other fees, though. Many charge foreign transaction fees if you charge expenses abroad. According to industry research organization R.K. Hammer, credit-card-fee and interest income topped $163 billion in 2016: 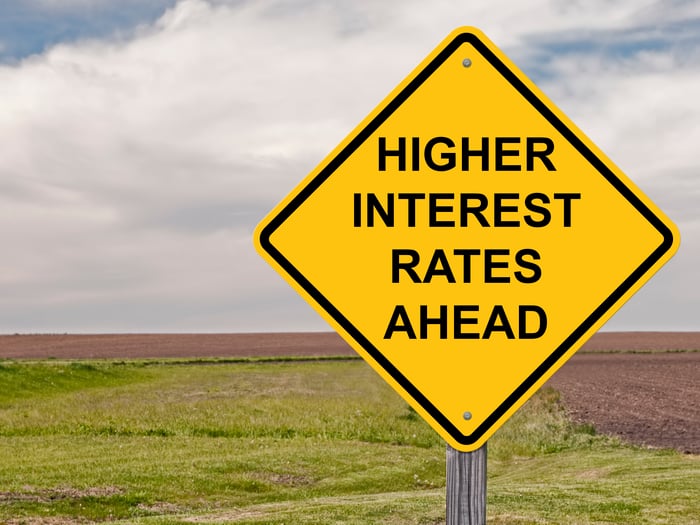 3. Interest rates can be terrible

A big drawback for credit cards is that they tend to have very high interest rates. Even their best rates are on the steep side. For example, the average annual percentage rate (APR) for cash-back cards was recently 17.9%, while "low interest" cards averaged 13.4% -- per Bankrate.com. In contrast, the national average interest rate for savings accounts was recently about 0.09%, and the average rate for a 30-year fixed-rate mortgage was recently near 4%.

Some credit cards, meanwhile, are charging their cardholders 25% or 30% per year! Those supersteep rates tend to come about due to credit cards charging a "penalty APR." With a penalty APR, if you're late with a single payment, your card company might immediately hike your interest rate into the stratosphere. Imagine that you owe $10,000 on cards and are unable to pay it all off. If your interest rate is 25% and you just leave the debt there, you'll soon owe $12,500, and a year after that, you could owe $15,625. If you charge anything else to the card, your balance will keep growing. We would all love to earn annual returns of 25% on our investments -- and that's just what the card issuers are doing here. Credit card debt is like investing in reverse. Instead of your net worth rising over time, it shrinks, with potentially catastrophic results.

4. Your credit score could take a hit

You probably know that in order to be offered the lowest interest rates when you borrow money (such as for a mortgage), you want a high credit score. Using credit cards responsibly can certainly help with that, but using credit cards also introduces more risks. Pay a bill or two late, and your score can take a hit. Rack up a lot of debt, and the percentage of your available credit used will rise while your credit score sinks, making you a less attractive borrower.

If you're wondering what a good or bad credit score looks like, Here's how the folks at FICO rate their scores, along with how good or bad those scores make you look to prospective lenders:

Meanwhile, below is an example of why a good score is very desirable, as it can save you tens of thousands of dollars in interest payments. (This example is for someone borrowing $200,000 via a 30-year fixed-rate mortgage.)

You do want to have a credit history and a credit rating and score, but you don't have to establish one by using credit cards. Simply paying your bills on time -- especially repayments on car loans, student loans, and other loans -- can show you to be a reliable borrower. 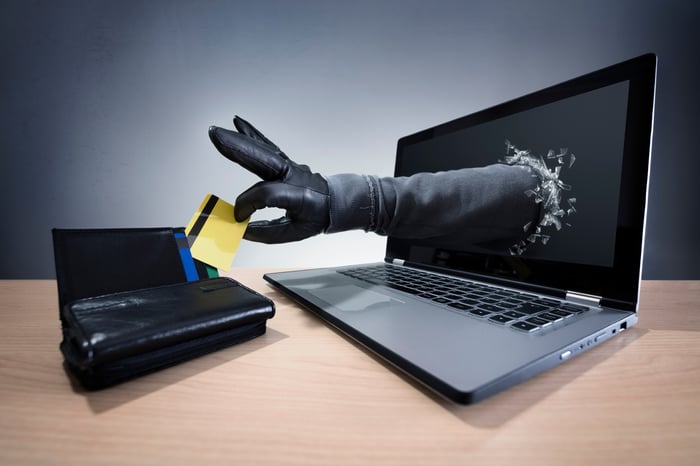 Using a credit card can also, if you're careless or unlucky, lead to identity theft and fraud. Some of the ways that crooks can use your credit cards include:

Clearly, some of these risks can be minimized if you're careful, but others are out of your control.

6. You may spend more money

Next, know that if you're using credit cards, there's a good chance that you're spending more money than you would if you paid with cash. Credit cards tend to make many people spend more, probably because swiping a piece of plastic through a machine doesn't feel as financially meaningful as handing over some hard-earned paper currency. A Dun & Bradstreet study, for example, found that people spend 12% to 18% more when using charge cards than when paying in cash. And McDonald's at one time reportedly observed customer tickets rising from an average of $4.50 to $7 when they used plastic instead of cash.

7. There are alternatives to credit cards

The last reason not to use credit cards is this: You just don't have to. Yes, they can be convenient. But you can use debit cards in most places that accept credit cards -- though debit cards have a few drawbacks of their own (such as offering less protection if stolen). Remember that a debit card takes your purchase amount directly out of your bank account, making it hard to overspend. Both credit and debit cards can look very similar, but while one takes your money immediately, the other is extending you a line of credit.

A last, good alternative to credit cards is simply...cash. It may be old-fashioned, but cash is accepted at plenty of places don't accept credit cards.