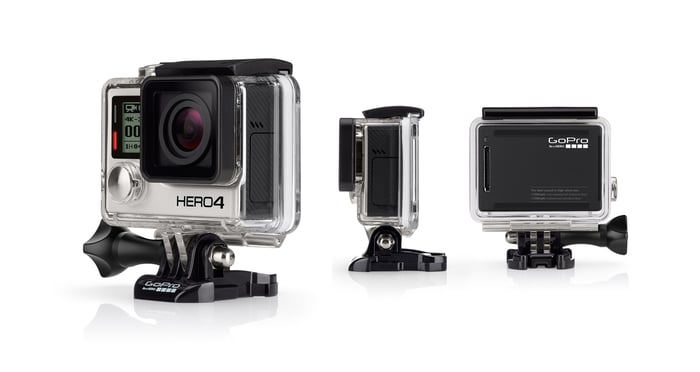 What: Shares of GoPro (NASDAQ:GPRO) slumped 18.8% in May, according to data provided by S&P Global Market Intelligence. The company's first quarter results reported on May 5 were mixed relative to analyst expectations, with revenue falling nearly 50%.

So what: GoPro reported first quarter revenue of $183.5 million, down 49.5% year-over-year but about $14 million higher than the analyst consensus. According to GoPro CEO Nicholas Woodman, the unit sell-through rate was about 50% higher than the sell-in rate, helping to correct elevated inventory levels that resulted from an abysmal holiday season.

GoPro reported a non-GAAP net loss of $0.63 per share, down from a gain of $0.24 per share during the prior-year period and $0.03 lower than the average analyst estimate. Lower revenue, a 1,220 basis-point decline in non-GAAP gross margin, and an increase in operating expenses all led to the steep decline in profitability.

Despite the company's terrible start to 2016, GoPro reiterated its guidance for the full year. The company expects revenue between $1.35 billion and $1.5 billion, which is favorable to the average analyst estimate of $1.37 billion. While the stock initially rose after hours following GoPro's earnings report, the direction quickly reversed.

Now what: Shares of GoPro are down nearly 90% after reaching all-time highs in 2014. There are only so many people willing to shell out hundreds of dollars for one of GoPro's cameras, and that fact has now caught up with the once fast-growing company. 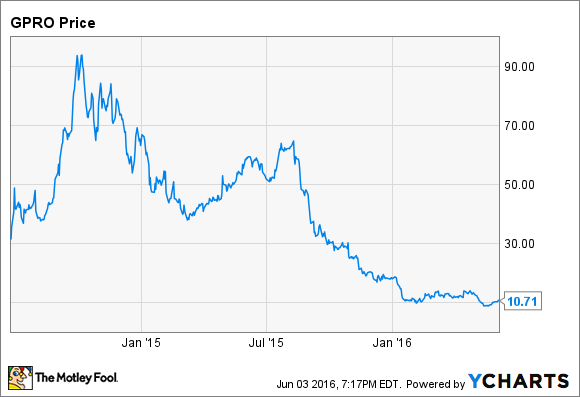 With the company reiterating its guidance, GoPro will need to make up ground during the rest of the year. Along with the earnings release came news that Karma, the company's much-anticipated drone, was delayed until the holiday season. GoPro may be banking on a successful launch of Karma later this year to bolster its top line.

Investors punished GoPro stock in May for a steep revenue decline and a dramatic drop in profits. There was some positive news, particularly the improved sell-through rate, but GoPro will need to return to growth for investors to come back to the stock.