The sluggish PC market won't recover anytime soon according to IDC's latest forecast. The research firm estimates that after falling 10.4% in 2015 and posting four consecutive quarters of double-digit volume declines, global PC shipments will slide another 7.3% in 2016. Looking ahead, IDC believes that declines could narrow in 2017 before finally stabilizing in 2018.

IDC Worldwide PC Tracker VP Loren Loverde warned that "this type or prolonged slump is unprecedented." He attributes that weakness to the rise of hybrid 2-in-1 devices and Microsoft's free Windows 10 upgrades, which caused consumers to stick with older hardware. Let's examine two companies which could be hit hard by that slowdown. 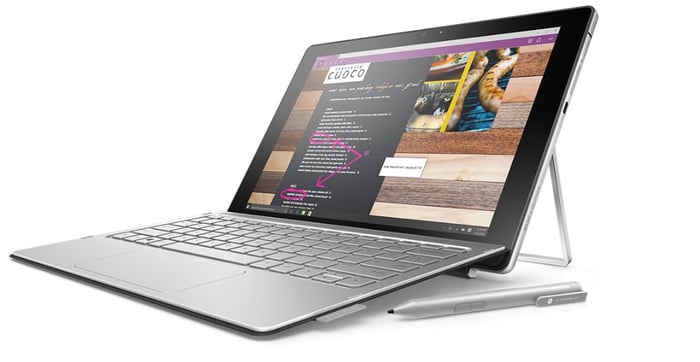 HP Inc. (NYSE:HPQ), which split with the enterprise half of Hewlett-Packard last year, is the second largest PC vendor in the world after Lenovo. The company controlled 19.4% of the global PC market last year, but total shipments fell 5.9% annually. HP previously claimed that the arrival of Windows 10 would generate renewed interest in its hardware, but Microsoft's free upgrade strategy kept new buyers away. Microsoft also evolved into a direct competitor with the Surface, which has been stealing the spotlight away from HP's similar 2-in-1 devices.

HP's revenue fell 11% annually last quarter and missed expectations. PC revenue, which accounted for over 60% of its top line, fell 10%. Enterprise PC sales declined 7% and consumer sales plunged 16%, while notebook and desktop sales respectively fell 6% and 10%. But despite those declines, the unit's operating profit rose by $15 million to $242 million due to aggressive job cuts. HP's printing division, which generated the remainder of its revenue, posted a 16% decline in sales and an 18% drop in operating profit. However, cost cutting strategies and buybacks boosted HP's total non-GAAP earnings to $0.41 per share, which beat estimates by three cents.

HP stock might look cheap at 7 times earnings, but the company is only expected to generate an average of 1% annual earnings growth over the next five years. But even that low target could be tough to achieve if PC sales decline for longer than expected.

A prolonged downturn in PC sales is also bad news for Intel (NASDAQ:INTC), the world's largest maker of PC chips. Intel also recently hit a technological bottleneck in doubling the number of transistors within the same area of silicon every two years -- its long-term strategy which alternates between a "tick" (new manufacturing process) and a "tock" (microprocessor upgrade) every year. Intel recently expanded that two year cycle to a 30-month model to include two tock launches to follow every tick, indicating that it was struggling to squeeze more transistors onto smaller chips.

Last quarter, revenue at Intel's Client Computing (PC and mobile devices) Group, which accounted for over half its top line, fell 2% annually. Yet the unit's operating profit rose 34%, thanks to improved mobile margins, lower spending, and higher average selling prices. Chip volumes for notebooks and desktops respectively fell 2% and 4%. Intel knows that weak PC sales and its retreat from the mobile market will continue weighing down its Client Computing numbers. That's why it's cutting up to 12,000 jobs worldwide and investing more heavily in its data center, Internet of Things, non-volatile memory businesses, and new 5G technologies.

Intel's total revenue rose 8% annually last quarter but missed expectations. Non-GAAP net income improved 18% to $2.6 billion, or $0.54 per share, beating estimates by seven cents. Intel stock looks fairly cheap at 14 times earnings, which is much lower than the industry average P/E of 31. But that's still higher than its projected annual earnings growth rate of 10% over the next five years -- which could be tough to achieve due to the weakened state of the PC market.

Should you avoid HP and Intel entirely?

HP and Intel will both likely keep cutting costs, buying back stock, and readjusting their core businesses to counter the headwinds in the PC market. Therefore, sales growth might stagnate or decline, but earnings growth might beat lowered expectations and should be enough to fund their 3%-plus dividend yields. Meanwhile, both stocks' fairly low multiples will likely limit their downside potential.

Therefore, I'm not saying that HP and Intel are terrible investments. But they'll likely tread water until PC sales stabilize, which could result in stagnant price growth. That might be an acceptable trade-off for income investors, but value or growth-oriented investors should look elsewhere for better investments.