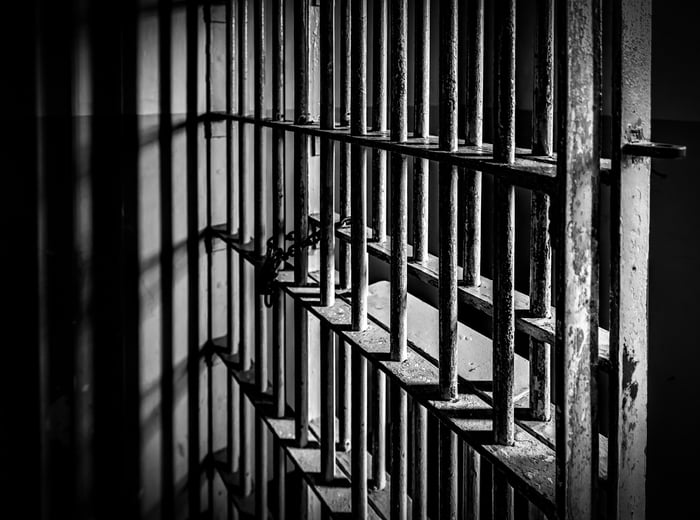 What: Shares of The GEO Group Inc. (NYSE:GEO) were surging today after plummeting yesterday on news that the federal government would stop using private prisons. As of 11:21 a.m. EDT, the stock was up was up 17.9%.

So what: Some might call it the proverbial dead cat bounce, which is the tendency of stocks to recover some of their losses after suddenly falling, as GEO and its peer Corrections Corporation of America were both charging higher today. GEO shares fell nearly 40% yesterday on the surprise news that the Department of Justice would move away from privately contracted prisons.

However, there does seem to be an argument that yesterday's response was an overreaction as the Federal Bureau of Prisons accounts for just 11% of the company's business. There was also some confusion as GEO said the government had granted a contract extension for one prison early this morning, but then later said it had rescinded the extension.

Now what: Beyond federal prisons, the greater concern for investors would be that states, which control the majority of prisons across country, would follow suit. The Justice Department based its decision on findings that privately run facilities are both less safe and less effective than those run by the government.

The decision will only apply to the 22 prisons within the Bureau of Prisons jurisdiction and not those under Immigration and Customs Enforcement or the U.S. Marshals. Activists have consistently cited private prisons as unethical, noting the "prison-industrial complex" as a significant problem with the justice system.

Still, a spokesman for GEO said the impact of the decision on the company was "not imminent" as many of the contracts are set to run for several more years. Ultimately, investors will have to watch and see if this carries over the states, which would have a much greater impact. As a real estate investment trust, GEO is obligated to pay out at least 90% of income in dividends so investors may eventually see a decrease in those distributions.