As the industry gets more competitive, the possibility of profits looks even more unlikely. 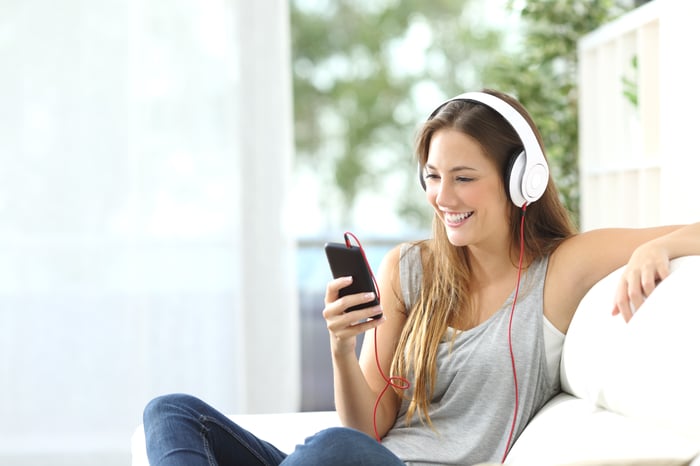 The music streaming wars are getting hotter.

In recent weeks, Pandora Media (P) announced plans for an on-demand streaming service to match Spotfiy and Apple (AAPL -1.38%), Amazon.com (AMZN 0.24%) said it plans to launch an on-demand service compatible with its voice-activated Echo device for just $5/month, and SoundCloud, after launching a subscription service earlier this year, is offering three months of SoundCloud Go for just $0.99.

And those players are fighting with Jay-Z's Tidal, Alphabet's (GOOG -2.22%) (GOOGL -2.10%) Google Play and YouTube, iHeartRadio, and other services for market share.

There's a problem, here, though. No one is making any money.

Once upon a time, people who wanted to hear their favorite band's new album had to fork over $15 at their local record store. Today, you can have access to millions of songs for less than that each month.

File-sharing broke the music industry since competing with free is difficult, and it never really recovered. For a while, iTunes offered a viable option, but streaming services have gradually replaced downloads, and low prices across the board are squeezing artists and the streaming services themselves. Consumers are the ones who come out on top.

Spotify now claims 40 million paid subscribers, making it the clear leader in the industry, but the company is still burning cash. Spotify lost $188.7 million last year on $2.12 billion in revenue.

In its quest to turn a profit, Spotify faces the same conundrum as every other streaming service. Royalty fees to artists and record labels increase just as fast as revenues, and sometimes faster. Spotify's revenue grew 81% last year, but royalty fees jumped 85% to nearly $2 billion, taking up 84% of revenue. Such a business model leaves little left over to pay for marketing, technology, and corporate salaries.

At Pandora, the other pure-play veteran in the mix, the challenges have been much the same. On a GAAP-basis, Pandora has never had a profitable year in its four years as a publicly traded company, and 2015 marked its biggest loss, at $170 million. Because Pandora doesn't allow users to select individual songs, its royalty fees aren't as high as Spotify's, but the company has consistently paid about 50% revenues in content acquisition costs. The need for it to spend heavily on sales and marketing -- in particular, to sell ads against its music -- means the company has been unable to turn a profit.

The story is the same at Tidal, whose loss doubled from $14 million to $28 million last year. It's worth noting also that Spotify and Pandora are no longer start-ups, being founded in 2006 and 2000, respectively.

The democratization of e-commerce

The internet leveled a number of industries, and almost all of them have struggled to make profits the way they did in the analog days.

Like music, print media has seen profits shrivel as newspapers and magazines made the transition to the web. While most of the nation's largest newspapers now require a subscription to access them online, digital advertising is still much less profitable than print advertising, and free, web-only publications like The Huffington Post are a constant threat.

In brick-and-mortar retail, Amazon has been content to operate at breakeven, and most online retailers have been unable to turn a profit. Brick-and-mortar operators have also conceded that profits are thinner online.

In video streaming, perhaps analog for the music industry, profits have also been rare, as Netflix has operated at breakeven levels as it builds out its service internationally. The company has promised material profits by next year, but its ability to break free from oppressive content costs by producing its own original series has helped neutralize the problem. Music streamers don't have that luxury, however, as there are tens of billions of songs under copyright, making it much more fragmented than TV and movies.

The music streamers have taken some steps to mimic the Netflix model with exclusive deals, but it has yet to shift the competitive landscape or solve the underlying problem with the business model.

The biggest challenge to profits, though, may be the presence of heavyweights like Apple, Amazon, and Google since those companies aren't interested in profits from music, but rather to sell more devices or services -- whether they be iPhones, Echos, Prime memberships, Android, or YouTube ads.

There's already been some fallout in the industry. Google shut down Songza late last year, and Rdio filed for bankruptcy around the same time, but there will have to be much more consolidation if the industry hopes to float on its own.

Spending on music in the U.S. is still less than half of what it was in 1999, before the digital revolution, and it only grew by 0.9% last year despite the plethora of options. Consumers have been conditioned to expect to pay almost nothing for music over the last 16 years, and with so much competition in the industry, prices will remain low. For pure-play streamers, the recent pattern is unlikely to change.

Could Sirius XM Be a Millionaire-Maker Stock?
358%