At Apple's (NASDAQ:AAPL) product event earlier this month, CEO Tim Cook noted that Apple Watch quickly rose within the ranks and Apple is now the No. 2 watchmaker in the world by revenue. That's particularly impressive considering the fact that the new wearable launched in late April 2015, and was severely supply constrained until the end of June 2015. So Apple Watch was only really shipping in volume for about half the year.

Meanwhile, Apple continues to stubbornly withhold any financial information about Apple Watch's sales performance -- a rare move that hurts investor transparency. For a company that touts its openness with reporting other product unit sales, it's a bit hypocritical to obfuscate Watch figures. All we know is that the other products segment, which includes Watch, has been performing quite well, particularly over the holiday shopping season. 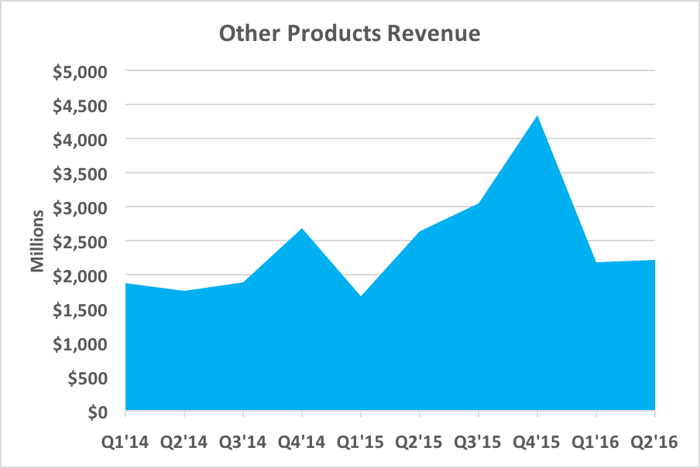 But there's a little bit of information we can glean from Apple's bragging.

According to Apple's presentation, Rolex was the No. 1 watch brand in the world in 2015 by revenue, while Fossil (NASDAQ:FOSL) came in at No. 3. Rolex is privately held, but reportedly generated approximately $4.5 billion in revenue in 2015. Fossil, on the other hand, is publicly traded and as such discloses quite a bit of detail around its watch business. Fossil sold $2.5 billion worth of watches in 2015, representing over 75% of its full-year sales, and is actively expanding its offerings into smartwatches as we speak. You can bet that Fossil has taken note of Apple's rise.

That puts Apple Watch revenue for 2015 somewhere between $2.5 billion and $4.5 billion. I've long operated on the assumption that Apple Watch sells for around $500 on average. While Apple Watch average selling prices (ASPs) will start to come down going forward due to the discontinuation of the gold Apple Watch Edition (that $10,000 to $17,000 price range skews ASP up quite a bit) alongside the continued sales of Series 1 (price reduced), I think a $500 ASP for 2015 is appropriate. Apple is welcome to disprove me at any time. (Email me, Tim?)

At a $500 ASP, that would mean that Apple sold somewhere between 5 million to 9 million Apple Watches in 2015. Not a bad beginning for a nascent market looking for a jump start.