Mutual fund investors are familiar with the giant fund managers in the business, and American Funds is one of the most popular among those who work with financial advisors. Most American Funds charge sales loads that make them less than attractive to ordinary investors, but the fund company also makes no-load options available to some investors through employer-sponsored retirement plans and similar other options. In those situations, several funds in the American Funds family look attractive. Below, we'll look at three of the best of the bunch at American Funds. 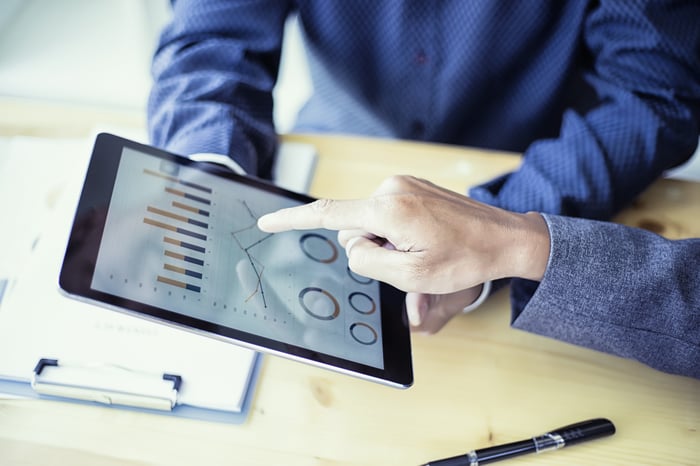 The Growth Fund of America (NASDAQMUTFUND:AGTHX) is a popular choice among retirement investors. The fund has almost $139 billion in assets under management, and one of the fund's classes of shares designed for large retirement plans has earned a top five-star overall rating from mutual fund research giant Morningstar. The fund's long-term performance puts it in the best 15% of funds in its category, and Growth Fund of America has also produced impressive recent returns as well.

Growth Fund of America owns mostly stocks, and the vast majority of its holdings are in U.S. companies. With a sizable management team with extensive experience at the fund, Growth Fund of America should have consistent management well into the future. For those looking for exposure to growth stocks in their overall portfolios, this fund can make a good choice -- as long as you can gain access to shares that feature the lowest possible expenses.

The Global Balanced Fund (NASDAQMUTFUND:GBLAX) has also gained a solid reputation, even though investors haven't gravitated to it to nearly the same extent as with the Growth Fund of America. The fund has about $5 billion in assets under management and, again, one of the retirement plan-focused classes of shares fetches a five-star rating from Morningstar. Global Balanced has only a five-year track record, explaining in part its small asset base, but over that time frame, it has produced returns that are in the top 15% of world allocation funds.

Global Balanced has an overall asset allocation of about 55% to stocks, 35% to bonds, and the rest in cash. The fund has about 45% of its stock holdings in U.S. companies, with most of the rest coming from Europe and the Asia-Pacific region. International bonds also play a slightly larger role than U.S. bonds in the fund's portfolio. With flexibility to include both developed and emerging markets and to move between stocks and bonds as conditions warrant, Global Balanced Fund makes a good all-purpose choice for many investors.

The other popular choice among retirement investors seeking a one-stop solution is American Funds' target date lineup. A variety of target dates are available, and at least one class of each gains a five-star rating from Morningstar.

What each fund owns depends on its time horizon. For instance, the American Funds 2015 Target Date Fund (NASDAQMUTFUND:AABTX) has about 45% of its assets in stocks, with 50% in bonds and the remaining 5% in cash. However, the American Funds 2055 Target Date Fund (NASDAQMUTFUND:AAMTX) has almost 85% of its assets in stocks, with just 10% bond exposure and the rest in cash. Using a fund-of-funds approach, American Funds' target-date options give investors the ability to build a broadly diversified portfolio of funds with just a single purchase -- and as with the other funds on this list, access through an employer-sponsored retirement fund can be the best way to minimize costs and avoid onerous charges like sales loads and 12b-1 fees.

American Funds is a well-known fund provider, and many of its funds have produced respectable performance. If you can get access to American Funds through your employer, take a closer look at these three funds to see which one best matches up to your particular needs and investing temperament.

The Growth Fund of America