A new approach for how payers reimburse for drugs is gaining traction. Merck (NYSE:MRK) became the latest to jump on board. The drugmaker forged a pay-for-performance deal with Aetna for diabetes drugs Januvia and Janumet. But could this trend wind up costing biotech investors lots of money? 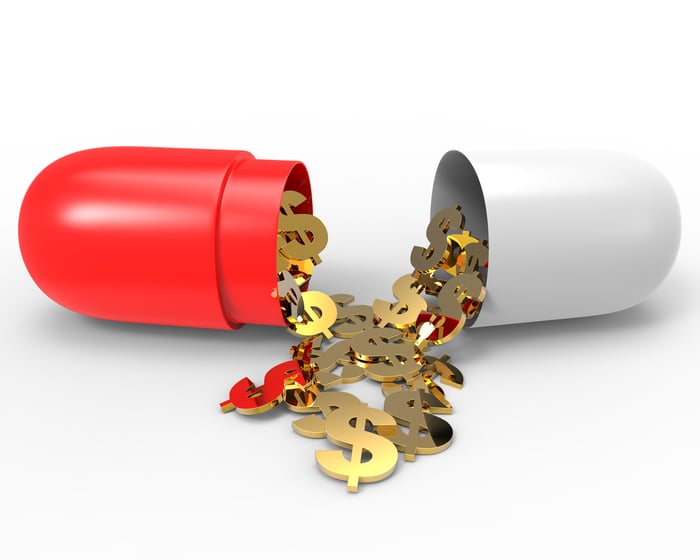 The idea behind pay-for-performance drug pricing is just what the name implies. Instead setting a price for a given drug, a biotech or pharmaceutical company would receive payment based on how well the drug controls or cures the targeted indication.

A 2015 survey conducted by Avalere Health found that payers are increasingly expressing interest in paying for performance. That interest level depends, though, on the targeted indication. Over half of payers responding to the Avalere survey said they were at least moderately interested in pay-for-performance deals on drugs treating hepatitis C, multiple sclerosis, oncology, and rheumatoid arthritis.  And it's no coincidence that payers are most interested in seeing pay-for-performance pricing for the indications with the most expensive drugs.

What does this trend mean for biotechs and their investors? The pay-for-performance deal for type 2 diabetes treatments Januvia and Janumet could be a good thing for Merck. Although both drugs continue to generate solid revenue, Merck faces competition from a newer class of diabetes drugs. Agreeing to be paid based on how well its drugs control diabetes could squeeze more revenue out of the aging drugs than the company would have otherwise received. How? Aetna will steer patients toward using the drugs instead of newer rivals.

The dynamics are different in other scenarios, though. Regeneron (NASDAQ:REGN) and Sanofi (NASDAQ:SNY) inked a pay-for-performance agreement with Cigna for new cholesterol drug Praluent. But this deal won't give Regeneron and Sanofi a competitive advantage. Rival Amgen (NASDAQ:AMGN) forged a similar agreement for Repatha.

If real-world results don't match up to clinical study results, then the new pricing model will cause Regeneron, Sanofi, and Amgen to make less money on their cholesterol drugs than they would have under a traditional pricing model. The companies are already making less money than they'd hoped, though not because of the pay-for-performance deals. Sales of both Praluent and Repatha have started out relatively slowly as payers restrict authorizing reimbursement for the drugs pending the results of cardiovascular outcomes studies.

The good news is that the biotechs gain access to patients they may not have reached without such a deal in place. For example, Cigna and other payers would be reluctant to embrace Regeneron's and Sanofi's costly cholesterol drugs without some guarantee of their effectiveness.

Pay for performance might make the most significant impact when a drug is approved for multiple indications. Amgen's Kyprolis, for example, is currently approved as a treatment for relapsed multiple myeloma in combination with other drugs after a previous treatment was unsuccessful. Kyprolis is also in a couple of clinical studies, one for treating newly diagnosed multiple myeloma and another for small-cell lung cancer.

Unlike Repatha, Kyprolis does not have a pay-for-performance deal right now. But let's suppose it did. Let's also suppose that Kyprolis ultimately wins approval for the two indications for which it is being evaluated in clinical studies, but it isn't as effective for those indications as it is for relapsed multiple myeloma. Under a pay-for-performance arrangement, Amgen would receive less money for the other two indications.

Pay-for-performance drug pricing is likely here to stay. If the current deals that various drugmakers have made save money for payers, expect the approach to expand to more types of drugs.

Will the trend cost biotechs and their investors lots of money? Probably, yes. Biotechs will likely make less money on their drugs than they have in the past. That will impact earnings growth, and it could mean that biotech stocks don't skyrocket to the extent they have in previous years.

But it was inevitable that payers would push back on mounting drug costs. Something had to change. Pay-for-performance pricing still allows biotechs to make plenty of money on new drugs that work well. Those that don't work as well won't be as lucrative. Biotech companies are used to the "survival of the fittest" nature of drug research. -- and they're probably about to experience the Darwinian concept to a higher degree than ever before.