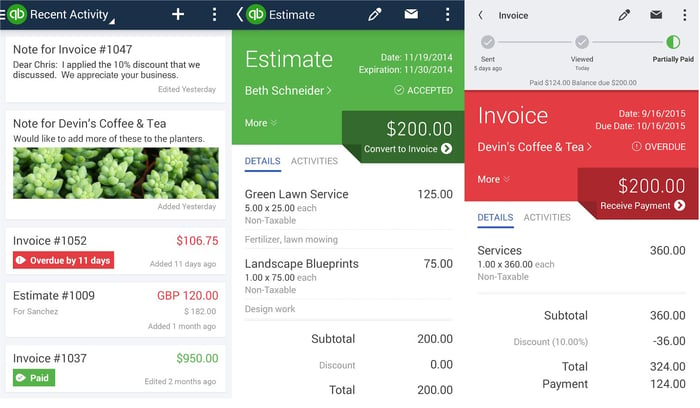 The two platforms will be united with a single sign-on, and data will be freely shared between the apps. From now on, G Suite subscribers can schedule tasks and meetings through Google Calendar, and those appointments will be automatically displayed in Quickbooks. This eliminates the need for users to manually enter each appointment in Quickbooks again, which also makes it easier for businesses to invoice their time. With a single sign-on, employees won't need separate credentials to access Quickbooks -- they can simply use their Google login.

How does this partnership help Google?

G Suite is now a core component of the new "Google Cloud", which includes the Google Cloud Platform, enterprise versions of Android and Chrome OS, and its APIs for machine learning and enterprise mapping services. That reorganization provides companies with a big bundle of cloud services which not only counters Office, but also targets Windows and Azure. Google claims that its Cloud Platform now has over a billion users, putting it in the same league as Android, Chrome, Gmail, Maps, Search, and YouTube.

But despite Google's best efforts, many companies still gravitate toward Microsoft's services due to the familiarity of Office and Windows' support for legacy software. Back in February, research firm Gartner reported that just over 13% of publicly listed companies used Office 365 or Google Apps for email. Within that total, 8.5% used Office 365, while just 4.7% used Google Apps for Work. The remainder used on-premises, hybrid, hosted, or private cloud email solutions hosted by smaller vendors.

Since QuickBooks is one of the world's top accounting software brands, its integration into G Suite could certainly make Google's subscription options more appealing. It also strikes at a weak link in Microsoft's ecosystem, since the Outlook Calendar and QuickBooks can't be seamlessly linked in a similar way yet.

How does this partnership help Intuit?

Intuit VP Vinay Pai called the deal "the beginning of an exciting collaboration between Intuit and Google that will deliver huge benefits for the millions of small businesses that we serve around the world." Pai claims that 56% of QuickBooks customers are already using Google Calendar "to book appointments, schedule meetings, and track client work." He also notes that partnering with Google "will create important efficiencies between two solutions customers are already using."

In the past, many companies created budget templates that Intuit customers could use in Google Docs. The tighter links between the two companies will likely encourage the creation of even more templates.

Partnering with Google is another way to ensure that Intuit doesn't fall behind the technological curve. Back in 2013, it integrated its platform with Square's point of sale systems to automatically feed transaction data to its books. In late October, it introduced similar integrations with Apple Pay, PayPal, and automated payments company Bill.com. It also agreed to sell its older Quicken, Demandforce, and QuickBase businesses to focus more heavily on small businesses, cloud software, and tax preparation.

Google and Intuit's partnership clearly helps both companies, but it probably won't help Google close the gap with Microsoft on its own, or ensure that Intuit stays ahead of its smaller rivals. But it's still a win-win deal which supports Google's renewed focus on the enterprise software market, as well as Intuit's ongoing efforts to evolve into a cloud-based company.