As Alaska Air Group (NYSE:ALK) celebrated the completion of its acquisition of Virgin America last week, at least one instititution declined to laud the merger. S&P Global Ratings cut Alaska's credit rating from BB+ to BBB-, which is the lowest rating by which Alaska can be considered investment grade. The next notch down is "junk" status. 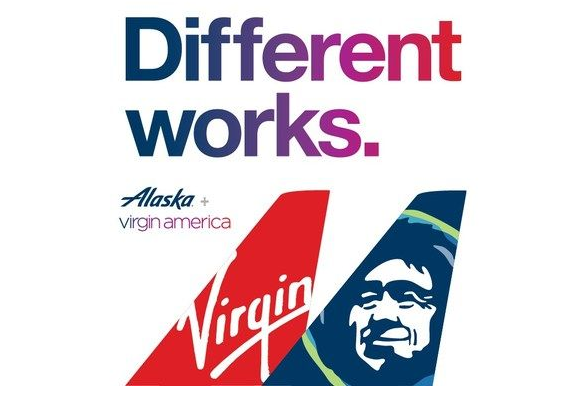 In its demotion, the ratings agency cited integration risk as well as the impact of $1.4 billion in debt and leases assumed by Alaska to consummate the transaction. Let's take a look at Alaska's financial position as it relates to the new liabilities, then explore pertinent acquisition risks, to get a feel for how much investors should worry about the company's debt load.

In a "subsequent event" note added to the third-quarter report, the company disclosed the addition of another $100 million in merger financing which occurred after Sept. 30. This last $100 million is secured by three more 737-900s.

The company states in its third-quarter report that its liquidity consists of the 50 remaining airplanes that aren't encumbered, $252 million in undrawn credit lines, and $1.7 billion in cash and marketable securities that aren't allocated to merger completion. Taking the subsequent event note into account, the total of unencumbered aircraft now stands at 47, versus 56 in which lenders hold a security interest.

Between debt service, lease obligations, aircraft purchases, and other commitments, Alaska Air Group has scheduled out $1.54 billion in contractual obligations due next year; Virgin will add approximately $309 million of its own obligations, for a combined total of $1.85 billion.

The cash to meet these obligations will likely originate through a combination of Alaska's traditionally strong operating cash flow, which soared to $1.58 billion last year, and its existing cash balances. Virgin reported $617 million in cash in its coffers as of its most recent balance sheet report, also dated Sept. 30. Of course, we won't know the final amount of cash balances contributed by Virgin until Alaska's fourth-quarter 2016 report is issued in Jan. 2017.

A few risks to consider

As you might infer from the information above, Alaska Air Group, downgrade notwithstanding, holds a sound balance sheet, and is fairly well equipped to handle the significant debt load it's assuming through its purchase of Virgin America. But there are risks to take into account.

S&P Global ratings mentioned integration risk in its downgrade notes. While this exists in any airline merger, it's exacerbated by the uncertainty that exists over the future branding of Virgin America. Alaska executives have indicated that they won't make a decision on branding until the first quarter of 2017.

Will Virgin be allowed to keep its distinctive, hip brand, which is geared toward younger travelers, and thus operate in the manner of a wholly owned subsidiary? Or will it be gradually merged into the stodgier Alaska brand identity, in order to scale the parent brands' flight routes between the east and west coasts?

In either scenario, Alaska will have to integrate two separate cultures, and as importantly, two different economic models. As its main line, Alaska exclusively flies Boeing 737s. It's picking up a carrier that is an Airbus shop, solely flying Airbus 319s and 320s.

As I wrote earlier this year, Alaska already has experience consolidating an airline with a different platform: Its Horizon Air subsidiary flies a fleet of 50-plus Bombardier Q400 planes. Should Alaska decide to retire Virgin's identity, the two companies' repair and maintenance operations will need to be combined efficiently, with much cross-platform training and investment to undertake.

Finally, potentially higher jet fuel prices in 2017 also poses some risk to the combined entity. Of the two carriers, Alaska is much better prepared to weather some fuel cost escalation. Its operating margin of 25% is roughly 10 percentage points higher than Virgin's. Both carriers currently hedge against upside fuel risk.

Alaska Air Group has experience in aggressively reducing debt on its balance sheet. It's possible that management will soon feel the urge to start chipping away at the company's total borrowings, perhaps as soon as next year. An early reduction of one-eighth of the merged entity's outstanding debt next year, which equates to just north of $300 million, would reduce exposure, not to mention worry for shareholders, and could probably be executed with little pain, given the company's available cash equivalents and investments. And trimming obligations might also reduce a bit of unease management itself must feel, as it embarks on the integration of a promising but relatively large merger.

Is It Time to Worry About Alaska Airlines' Debt? @themotleyfool #stocks $ALK Next Article
Current