I've generally been bearish on FireEye (NASDAQ:FEYE), the once-promising cybersecurity firm that lost over 40% of its value in 2016. The company's declining revenue growth, widening GAAP losses, unstable cash flow, and executive exodus all indicate that the stock could fall further next year. However, those challenges shouldn't completely overshadow its accomplishments this year. Let's take a look back at three of FireEye's smartest moves in 2016. 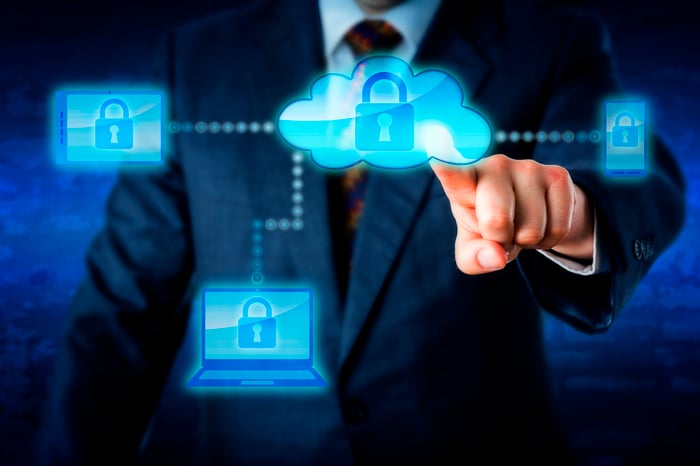 FireEye's future looked bleak after CEO David DeWalt abruptly announced his resignation earlier this year. After all, DeWalt had led FireEye for over four years, and helped establish its "best-in-breed" reputation in threat detection solutions. DeWalt was also willing to sell FireEye, which would have given its investors a quick exit opportunity.

However, appointing FireEye President Kevin Mandia as DeWalt's successor was a smart move. Mandia founded Mandiant, the cybersecurity company that revealed that an elite Chinese hacking group was targeting U.S. government and corporate systems in 2013. FireEye acquired Mandiant for about $1 billion the following year, and its machine-based security tech plays a central role in its threat prevention services.

Mandia's transition from president to CEO has been fairly smooth. Mandia reportedly  isn't interested in selling FireEye. Instead, he'll likely focus on improving its long-term growth and profitability instead of profiting from a quick sale. Under Mandia the company also decided to lay off 300 to 400 of FireEye's 3,400 workers.

That move -- along with other cost-cutting initiatives -- are aimed at reducing FireEye's annual costs by $80 million. We already saw some progress last quarter, when its GAAP net loss narrowed $0.13 from the prior-year quarter to $0.75 per share. That bottom-line improvement is rare in the cybersecurity industry. Next-gen firewall vendor Palo Alto Networks (NYSE:PANW), for example, saw its GAAP loss widen from $0.47 to $0.69 per share last quarter.

2. Expanding FireEye as a cloud-based service

FireEye's main product for this market is FireEye as a Service (FaaS), which continuously detects and analyzes threats without the need for large security teams or managed security services providers. In November, FireEye expanded that ecosystem with Cloud MVX and MVX Smart Grid, which adds new private, hybrid, and public cloud deployment options for mid-sized and larger businesses.

Mandia noted that these products still represented the "early phases of the richest new innovation cycle in our history," as the cloud-based products would help "customers elevate their security profile at a lower total cost of ownership."

3. Turning FireEye into an all-in-one platform

In late November, FireEye introduced Helix -- an all-in-one platform that bundles its network, endpoint, Threat Analytics Platform, Advanced Threat Intelligence, and FireEye Security Orchestrator together in a unified system with a single user interface. From that interface, users can add additional services like FaaS, email, other threat detection tools, and even integrate the platform with third-party threat intelligence tools.

This platform serves as the foundation of a "FireEye ecosystem," which widens its moat against tech giants like Cisco (NASDAQ:CSCO), which bundles its security solutions with its networking hardware and software. It also helps FireEye keep pace with perimeter security rivals like Palo Alto, which launched a comparable bundle dubbed the Next-Generation Security Platform earlier this year. FireEye still faces intense competition from companies like Cisco and Palo Alto, but at least Helix helps it lock in more customers and widen its moat.

FireEye still has a lot to prove before I'd consider buying it as a contrarian play. Analysts expect its revenue to rise just 16% this year and 10% next year -- which compares poorly to its 46% growth last year. However, I'll still be keeping an eye on Mandia's next moves as well as FireEye's growth in cloud and platform services -- which could help the stock rebound next year.