Many also know that you can sometimes get a good deal on electronics, clothing, toys, and even alcohol. The chain, which has built its business on bulk sales of items traditionally bought in a supermarket, does generally offer clear values for consumers in those areas.

But what's overlooked among many people who pay the company's $55 or $110 annual membership (the more expensive one comes with 2% cash back on most purchases) is that there are all sorts of other areas, some not on the chain's warehouse shelves, where they can save money. It's easy to walk around a Costco and discover that it sells everything from office supplies to flowers, but it takes a little more sleuthing to find some of the company's lesser-known deals.

These are offers available to all Costco members that many may not have even considered. Of course, as is always the case when shopping anywhere, it's worth checking prices and not just assuming that because a discounter offers something, it's always the best deal. 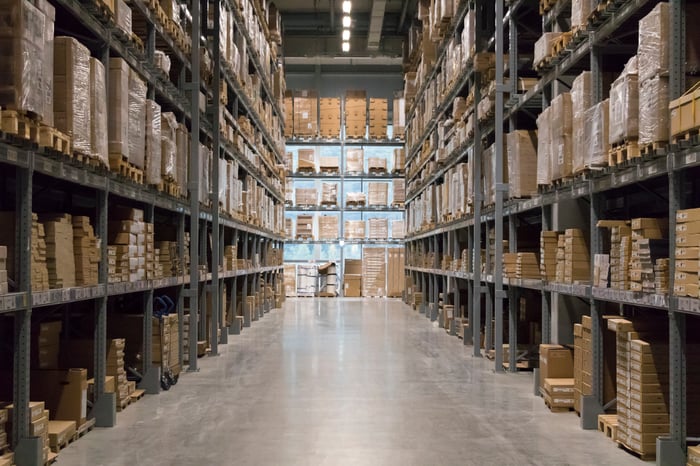 Not all deals can be found on a warehouse club's shelves. Image source: Getty Images.

You can buy a gym membership

On occasion, Costco will offer memberships to national gyms on a one- or two-year basis at significant savings over what you'd pay on a month-to-month basis. The caveat, and for some it's a major one, is that you have to pay the full price up front.

That means that if the warehouse club offers a membership for a gym that normally costs $40 a month for half price on a one- or two-year basis, the shopper will have to pay $240 or $480 all at once. Still, in exchange for putting up that money all at once, the customer will save a considerable amount of money.

Of course, as is the case when joining any gym, it's always smart to check out whether these deals offer any refunds should you move away from the areas the company serves. In many cases, those terms won't be friendly, but it you intend to stay put, you can save a lot of money with this type of deal.

Hearing aids are a deal

Costco sells roughly, or in some cases exactly, the same hearing aids that many dedicated hearing shops sell for much less money. Most of the warehouse club's locations have on-site centers with certified, trained personnel who can test your hearing, determine what you need, and fit you for your hearing aid.

In many cases, the markup is significantly less than what you'd pay at smaller shops. In addition, Costco's technicians aren't operating on commission or filling quotas, so they're less likely to steer a customer toward a more expensive model when something more modest would do.

Through its auto program, Costco takes some of the mystery out of buying a new or used car. Members of the warehouse club won't always pay the lowest price, but they will pay a fair price, pre-negotiated between Costco and dealers in their area.

Basically, through its auto program, Costco takes the guess work out of buying a car. Members don't have to haggle, and they know they aren't being taken advantage of. In addition, members who buy a car through the program get 15% off parts, service, and accessories for any vehicle in their household.

Costco offers a number of services for businesses at discounts over what a small company would pay if it bought the services on its own. These include everything from payment processing to QuickBooks, payroll services, business-phone services, and various insurance needs.

In a lot of ways, these deals simply work as if the individual business member were part of a larger buying group. Instead of paying the price for one small company, the member gets the Costco discount. In many cases, these are services that business members are already using where they could save money if they simply moved their account to Costco's providers.