The stock market continued to climb sharply on Wednesday, sending major market benchmarks to record highs yet again and propelling the Dow Jones Industrials up more than 100 points. Economic data continued to support the notion that the U.S. economy remains strong, and rising inflation levels led many to conclude that the Federal Reserve is more likely than ever to follow through on its promise to keep lifting short-term interest rates in 2017. Rising bond yields reflected investors' reluctance to hold onto fixed-income investments in anticipation of higher rates, prompting some to shift assets into the stock market. Several companies also reported, and Fortress Investment Group (NYSE: FIG), Editas Medicine (NASDAQ:EDIT), and Hertz Global Holdings (OTC:HTZG.Q) were among the top performers on the day. Below, we'll look more closely at these stocks to tell you why they did so well.

Fortress gets bought out

Shares of Fortress Investment Group soared almost 30% after the investment specialist received a takeover bid from Japan's SoftBank. The terms of the $3.3 billion buyout involve Fortress Class A shareholders receiving cash of $8.08 per share, and in addition, shareholders will be entitled to receive dividend payments for the fourth quarter of 2016 and the first quarter of 2017 if the transaction doesn't close before the latter payment is due. As part of the deal, key leaders at Fortress have agreed to stay on, and the company's principals have agreed to invest at least half of their after-tax proceeds from the sale into Fortress-managed fund offerings. SoftBank CEO Masayoshi Sun said that his company "looks forward to benefiting from [Fortress'] leadership, broad-based expertise, and world-class investment platform," and the Japanese company expects Fortress to contribute toward its overall growth objectives. 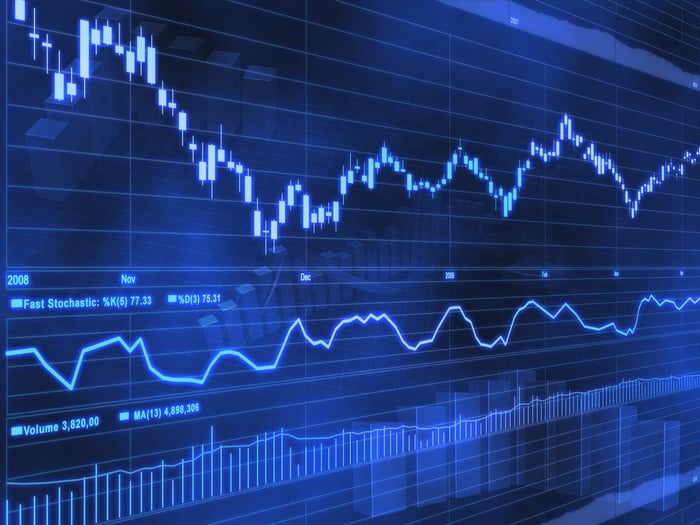 Editas Medicine stock climbed 29% in the wake of its announcement of a favorable intellectual property decision. The genome-editing company said that the U.S. Patent and Trademark Office issued a favorable decision in a case involving patents that Editas licenses from the Broad Institute. A dispute between MIT and Berkeley regarding the patents had threatened to put a stop to some of the work that Editas was doing, given that Berkeley scientists had developed technology that Broad Institute used to evaluate gene editing in certain specific cases. In the ruling, the U.S. PTO ruled in favor of Broad Institute's request for no interference in fact, a legal term of art that allows Editas to keep using CRISPR-Cas9 patents as part of its fundamental genome-editing work. By ensuring that Editas will be able to continue its work, the ruling gave investors hope for future breakthroughs unhampered by the need for further licensing.

Finally, shares of Hertz Global Holdings rose 7%. The rental car giant got good news in the form of an increased ownership stake from well-known activist investor Carl Icahn. Icahn reported in his quarterly disclosure of investment holdings that he had raised his investment in Hertz to 29.3 million shares, more than doubling his previously reported position. That gives the activist investor about a one-third stake in Hertz, and it will be interesting to see to what extent Icahn pushes Hertz harder to take steps toward getting its shares back on track. The rental car specialist's shares are down 60% just since September, and many expect more aggressive action from Icahn in the near future.