Emergent BioSolutions (NYSE:EBS) released fourth-quarter earnings on Thursday. The company announced preliminary numbers in January so it could talk about the results at the JP Morgan Healthcare conference, but the actual numbers were slightly better. 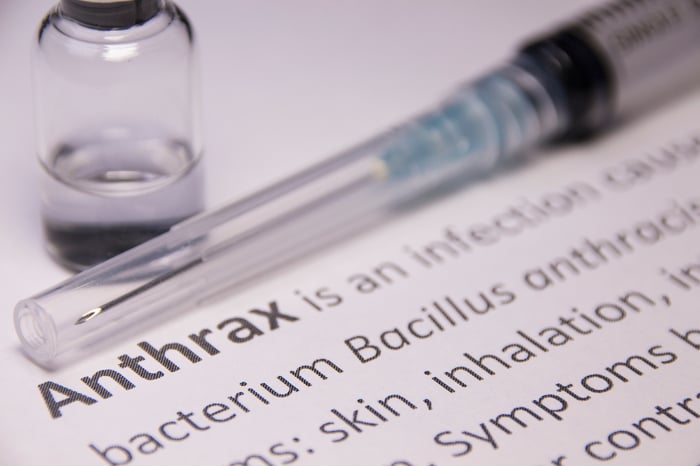 This year, management is looking for revenue of $500 million to $530 million, including BioThrax sales of $265 million to $280 million. The range brackets 2016's $510 million in revenue, but that includes revenue from products that were spun off into Aptevo Therapeutics (NASDAQ:APVO).