Please ensure Javascript is enabled for purposes of website accessibility
Log In Help Join The Motley Fool
Free Article Join Over 1 Million Premium Members And Get More In-Depth Stock Guidance and Research
By Reuben Gregg Brewer - Mar 6, 2017 at 11:06AM

The iron ore miner impressed the markets on Feb. 9.

Shares of miner Cliffs Natural Resources (CLF 5.10%) advanced an impressive 21.5% in February. That adds to the 430%-plus gain the company's stock notched in 2016. Interestingly, however, the February advance only took shape after the 9th of the month after the company announced earnings.

There were two pieces of good news for Cliffs in 2016. First, commodity markets (specifically iron ore) started to improve. More important, however, Cliffs started to make some notable improvements on its balance sheet. To put a number on that last point, Cliffs' total debt declined by nearly 19% in 2016. 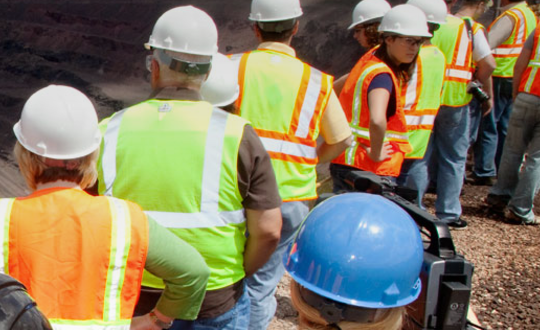 That went a long way toward reassuring investors that Cliffs was digging itself out of the financial hole left behind by the commodity downturn. And then, on Feb. 9, Cliffs reported earnings that clearly demonstrated the progress on the balance sheet and improving results on the bottom line. For example, the company earned $0.88 a share in 2016 versus a loss of $5.14 in 2015. Better yet, earnings from continuing operations was up roughly 50% year over year.

And the news got even better. That same day Cliffs announced that it was going to take advantage of the stock's huge run and sell shares to further pay down its debt load. There's still plenty of work for Cliffs to do on the balance sheet, where debt makes up more than 100% of the capital structure because large write offs during the commodity downturn pushed shareholder equity into negative territory. But it's increasingly clear that the outlook is brightening.

Although Cliffs' business is on the mend, it's probably best that conservative investors avoid it. The stock has had a huge run and gains from here are likely to be incremental. And if the recovery should stall for some reason, including a drop in often volatile commodity prices, Cliffs shares could see downward pressure. That said, for more aggressive types, a deep dive into Cliffs' recovery story would be well worth the effort -- just don't expect a repeat of that 400% return seen in 2016.