In February, shares of Teck Resources Limited (NYSE:TECK) fell a dramatic 18.5%. It was up 20% in January and over 400% in 2016, so this is something of a sea change for this Canadian miner of metallurgical coal, copper, and zinc.

The big news was really about met coal, which is used to make steel, but it shouldn't come as a surprise to Teck investors. In fact, way back in October of last year, when Teck reported its third-quarter earnings, it noted that, "We are encouraged by the improved commodity price environment, but remain cautious about how long the supply/demand imbalance will last." The company was specifically talking about the met coal market. 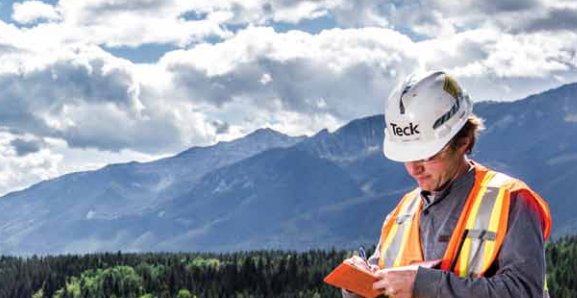 Teck reported fourth-quarter earnings in mid-February and it's now evident that the company's "cautious" statements were well-founded. In fact, met coal prices have basically been dropping since December, and Teck is now saying that "it is unclear how long the price correction will last."

One of the key drivers on both the upside and downside here was policy shifts by China. A move to restrict coal production in the country helped raise prices, and a recent shift to loosen production constraints led to falling prices. Although Teck's first-quarter contracted coal prices are largely locked in above current spot prices, when contracts reset for the second quarter, they look like they will be materially lower at this point. Since Wall Street is forward-looking, investors are selling now. 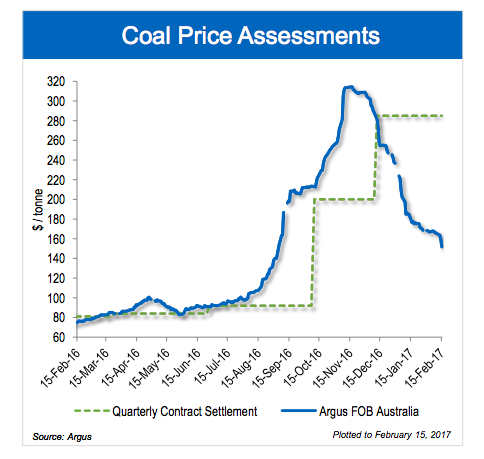 Teck Resources' coal prices are locked in at a high level, but look like they're going to go much lower soon. Image source: Teck Resources Limited.

The massive run-up in Teck's shares last year was driven by more than just coal prices. The company has made a great deal of progress on its balance sheet and continues to move closer to the opening of its first Canadian oil sands investment. So there are underlying positives taking shape at Teck. That said, expect continued volatility in the near term as met coal prices grab the headlines.