Please ensure Javascript is enabled for purposes of website accessibility
Log In Help Join The Motley Fool
Free Article Join Over 1 Million Premium Members And Get More In-Depth Stock Guidance and Research
By Reuben Gregg Brewer - Apr 6, 2017 at 11:25AM

Silver and gold miner Silver Standard Resources Inc. (NASDAQ: SSRI) reacted to the commodity downturn like most in the precious metals industry -- it cut costs. The overall performance of the company is pretty impressive on this front, too. However, it's the little things that added up to big savings. Here's a quick analysis of what Silver Standard did right at one of its key mines.

Between 2014 and 2016 Silver Standard was able to reduce its cash costs per gold equivalent ounce from $810 to $653. That's an impressive 24% decrease in the underlying cost of operating its mines. This is the biggest piece of all-in sustaining costs, a broader measure that includes the capital spending needed to sustain production. For example, Silver Standard's all-in sustaining costs at its Marigold mine were up 7% year over year in 2016, partly because of the construction of a new leach pad. Cash costs, meanwhile, were roughly 6.5% lower. 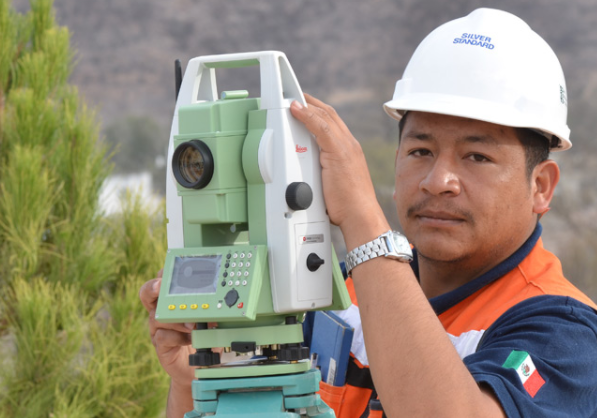 So cash costs can give you a good idea of how efficiently a miner is running its mines. But it's important to remember that cash costs are a top-level number; there's a lot that goes on underneath that figure. This is why it's worth looking at some of the little things that Silver Standard has been doing, to see how they've added up to a 24% difference between 2014 and 2016.

One of the little changes that Silver Standard implemented is known as a "hot shift change." That sounds a lot more exciting than it really is, but it helped the company reduce its hauling costs by 23% between 2014 and 2016 at its Marigold mine. What used to happen during a shift change was that drivers would turn off their vehicles, with the thought that it would reduce wear and tear on the engines and save fuel. However, engine technology has advanced notably, and now the trucks are left running while the shifts change. This ultimately reduces equipment downtime and, thus, increases productivity. Leaving trucks running sounds like a silly thing, but the savings clearly add up.

Another notable change was the decision to reduce the number of drills the company used at Marigold from six to four. With less gear, Silver Standard was forced to use its remaining drills more efficiently, effectively getting more out of each machine. The impact was a 17% reduction in the cost per foot drilled. 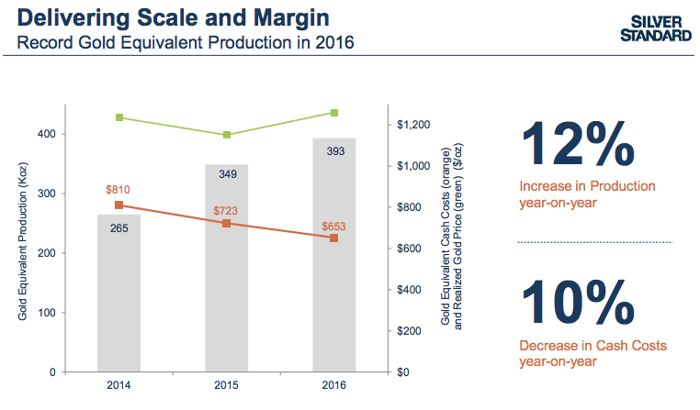 Silver Standard also changed its blasting patterns, blasting products, and loading sequence at Marigold. How things work together at a mine is a giant jigsaw puzzle. You or I might view it as a logistical nightmare trying to figure out what needs to be where and when. But moving the pieces around a little helped the miner trim its blasting costs by 24% between 2014 and 2016. An outsider might not even notice the logistics change, but it obviously led to impressive results.

The last interesting change involved transferring the skills of a key employee to peers. The company asked the most effective shovel operator at Marigold to help train the other shovel operators, sharing best practices. It was another small change, but one that led to a 13% drop in the rope-shovel cost per tonne as the trainees adopted the new techniques they'd been shown. 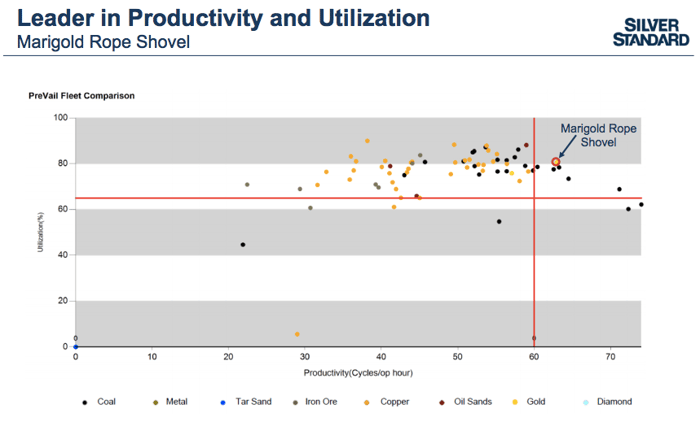 Mine costs ebb and flow for many reasons, including the age of a mine and the shifting geology of a site as material is dug up, so it wouldn't be surprising to see mine costs go up at Silver Standard in the future. But it's really easy to take big-picture numbers like cash costs and forget all the work that's going on beneath.

Indeed, little things like "hot shift changes" and sharing best practices can really start to add up, even though they are easy to miss. That's a mistake, because small changes like these highlight the focus Silver Standard has made on ensuring its operations run lean and mean. But the best part is that many of the changes noted here will have a lingering impact even if other pieces of the mining puzzle push costs up for a spell. In fact, next time you see big-picture numbers like cash costs and all-in sustaining costs, don't just move on to the next factoid; take a moment to read and understand what's driving the figure up or down. It could be more material than you think.