The U.S. oil giant’s exploration program came up dry more than once in 2016.

Oil exploration is a risky business. Not only does it cost a lot of money, but the odds of drilling a dry hole are very high. Just ask ConocoPhillips (COP 1.18%), which recorded $432 million of deepwater dry hole costs last year. It's a problem the company is working to address by stepping away from deepwater exploration so that it can deliver steadier returns for investors.

Drilling down into the dry holes

Last year was an atrocious one for the oil industry in more ways than one. Not only did oil prices plunge at the onset and remain below $50 per barrel for most of the year, but oil producers discovered the fewest new barrels of oil in 70 years. While low oil prices were a factor, as they caused oil producers to cut exploration investment, the industry also drilled a string of dry holes in what were once thought to be promising prospects. ConocoPhillips was one of the culprits, drilling several dry holes offshore Canada and in the Gulf of Mexico. 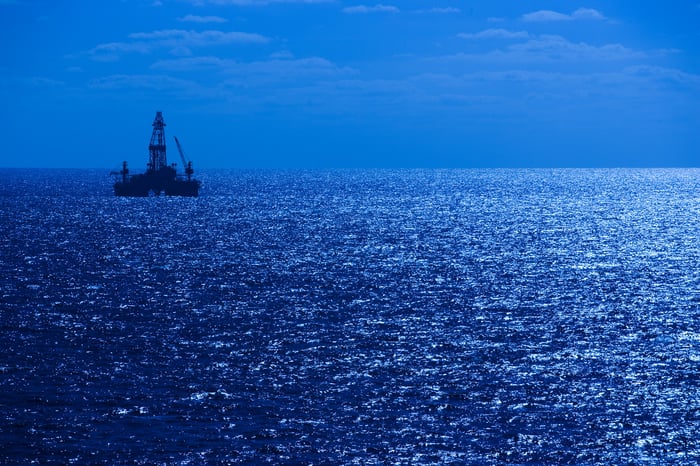 In Canada, for example, the company and its partners Royal Dutch Shell (RDS.A)(RDS.B) and Suncor Energy (SU 2.90%) came up dry in their initial exploration attempts in the Shelburne Basin offshore Nova Scotia. The first noncommercial well forced Suncor Energy to write off 105 million Canadian dollars ($78.7 million) for its 20% stake in the well. Meanwhile, ConocoPhillips recorded a total of $187 million of dry hole expenses in Canada last year after it wrote off two wells.

ConocoPhillips also wrote off several dry holes in the Gulf of Mexico last year. The company, along with partners Chevron (CVX 1.67%) and BP (BP 1.59%), recorded a dry hole at both the Gibson and Tiber prospects. Those two wells resulted in ConocoPhillips recording $162 million in dry hole costs last year. In addition, ConocoPhillips and partner Hess (HES 4.11%) came up dry at their Melmar well, which cost ConocoPhillips $83 million. That dry hole turned out to be the last straw for the company, and it decided to abandon plans to drill two more operated wells in the Gulf. 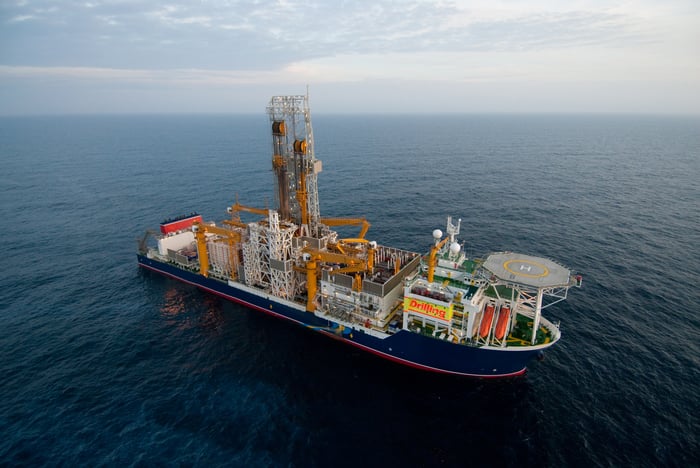 Plugging up the hole

These dry holes confirmed that ConocoPhillips made the right decision in mid-2015 to begin a phased exit of deepwater exploration. At that time, the company chose to reduce future capital spending on deepwater exploration by cutting back on its drilling plans. As a result, the company terminated its drilling contract with Ensco (VAL) several years ahead of schedule. That decision alone cost the company $246 million in termination fees paid to Ensco. However, it also likely saved it from drilling more dry holes given its recent outcomes.

That said, while ConocoPhillips has certainly drilled its share of dry holes, it has also had some notable successes. It made two discoveries offshore Senegal, which it subsequently sold for $440 million last fall. In addition to that, the company is a partner in the Shenandoah discovery by Anadarko (APC). According to Anadarko, this could be one of its largest discoveries in the Gulf. While Anadarko has already started initial work on a development design, it appears likely that ConocoPhillips will eventually sell its Gulf assets, including this discovery.

Instead of investing capital into deepwater exploration, ConocoPhillips' focus in the future will be to develop conventional projects to maintain its production base while investing in shale to fuel growth. That's because these developments are both lower-risk and have faster payouts. For example, the company has several low-risk, high-value conventional projects underway that should deliver 130,000 barrels per day of incremental production by 2021. Meanwhile, it's sitting on 7 billion barrels of oil equivalent resource potential with supply costs below $35 per barrel across its unconventional shale plays. Because of those low-cost resources and the flexibility of shale, the company can increase production by as much as 2% per year at $50 oil to as much as 8% per year at $70 oil. That modest production growth, when combined with growing cash returns to investors, should deliver double-digit annual total returns over the long term.

ConocoPhillips' deepwater exploration efforts have been hit-or-miss. It hit big in Senegal and Shenandoah but missed nearly everywhere else, racking up massive dry hole costs, including an unbelievable $432 million last year alone. Because of that, the company plans to turn its focus back onshore, as that fits in better with its new low-risk value-creation strategy of delivering consistent returns-driven growth for its investors.