Agitate from the inside, or activists will seize the chance to shake things up for you.

Last week Unilever plc (UL 2.18%) released its plan for proceeding with life after spurning The Kraft Heinz Company's (KHC -0.49%) $143 billion takeover bid in mid-February. While there aren't many other companies with the heft of Kraft Heinz that could give Unilever a similar scare, an activist shareholder group acquiring just a few percentage points of ownership could still make life unpleasant for the company. Thus, Unilever's out to shake things up from the inside.

The title of the strategy document, "Accelerating sustainable shareholder value creation," combines one of management's favorite touchstones, sustainability, with the idea that the organization can quickly unleash enough value to make shareholders indifferent to new external threats.

In other words, Unilever wants you to know that it can boost its own economic returns -- and stock price -- while still chasing cherished goals such as halving the environmental impact of its products by 2030. 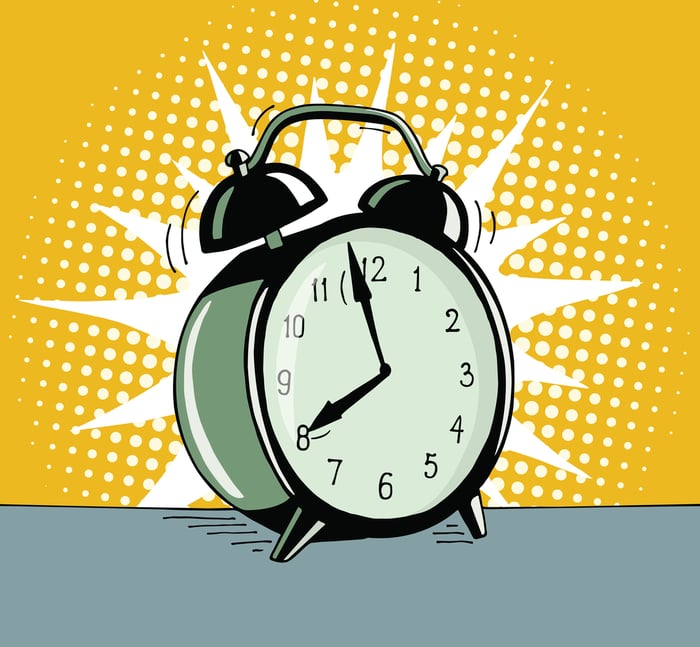 The action items in Unilever's plan follow what's become standard procedure for executive teams faced with change from outside forces. Alongside a new goal to improve underlying operating margin to 20% by 2020, the company has launched a massive 5 billion-euro share-repurchase program for 2017. It will also hike its dividend by 12%, which will boost total annual dividends paid to just over 4 billion euros.

The company will cover its shortfall through borrowing: The strategy document calls for additional balance-sheet leverage up to a net-debt-to-EBITDA ratio of 2.0. By my calculations, Unilever can comfortably issue another 6 billion euros in debt and stay under this number.

At present, Unilever has a total debt-to-EBITDA ratio (a slightly different measure from net debt) of approximately 1.5, which is in line with competitor Procter & Gamble's (PG 0.06%) total-debt-to-EBITDA ratio of 1.8, and much lower than Mondelez International Inc.'s (MDLZ 0.13%) ratio of 5.2.

The essence of these comparisons? The maximum leverage Unilever has outlined is manageable, and probably won't affect its credit ratings with major debt-grading agencies. Moreover, adding debt to the balance sheet decreases Unilever's attractiveness to a potential suitor.

Shareholders who also happen to invest in Unilever's fellow consumer-goods conglomerate Mondelez will recognize the gist of these various initiatives. Mondelez has generated over $5.7 billion in free cash flow over the last three years, and returned nearly $11.0 billion to shareholders during the same period through dividends and share repurchases. It's met its own return package shortfall by using the proceeds from the 2015 sale of its packaged-coffee business to privately held JAB Holdings.

Like most of its peers, Mondelez has had a devil of a time bolstering revenue in a global consumer economy beset by a strong U.S. dollar and guarded consumers. So it's pinned shareholders' attention to alternative goals: better margins, higher organic revenue growth, and of course, ample capital return to shareholders. So far, Mondelez has managed to keep both activists and potential suitors at bay.

Unilever has its own version of Mondelez's coffee-business sale. Its new strategy includes the intended sale of its "spreads" business, which has struggled over the past few years as consumers have shifted away from margarine in favor of butter and basic cooking oils. Under the current vision, net cash proceeds from a sale of the spreads unit will almost certainly service shareholder returns.

In addition to divestment, Unilever is also introducing other operational changes which mimic how an external agitator might act after gaining an equity foothold. The organization announced last week that it's in the process of combining its "foods" and "refreshments" segments into a single operation.

One could look to PepsiCo's (PEP 0.63%) recent success in co-marketing snacks and beverages as evidence that the segment combination will increase value for Unilever investors. I believe that the action also raises a tantalizing possibility that the new operation could be set free as a competitor to PepsiCo within a few years, via a tax-free spinoff to shareholders.

Together, Unilever's foods and refreshments businesses booked over 22.5 billion euros in 2016 revenue. Should it stand alone, the combined unit would be one-third the size of PepsiCo -- becoming a smaller, and likely more agile, competitor. Such a spinoff could prove an unanticipated boon to shareholders who stick with the company.

In sum, Unilever is signaling to the market that it's willing to be more flexible in thinking about its operations, while following a conventional set of exercises common to large companies under threat from activism. It's clear that Unilever's management doesn't want to sacrifice company ideals, even if a tie-up with Kraft Heinz -- or any other consumer giant -- offers persuasive deal synergies and makes sense on paper.

The Unilever team would rather thwart the potential for outside influence using defensive tools; ultimately, shareholders will have to either endorse or reject this strategy. As of this writing, stakeholders have issued an early thumbs-up: The company's stock has retained all of its appreciation from the Kraft Heinz sally, and shares are up nearly 24% year to date.