Investors looking for high yields should be looking at carbon heavy energy industries. Here are three names to consider today.

Investors looking for high yields today have to venture into industries that are at least a little out of favor. For example, right now some of the best companies yielding more than 6% can be found in energy sectors that involve carbon, like oil and gas, midstream, and even coal. But the outlook for companies like Royal Dutch Shell plc (RDS.B), Holly Energy Partners, L.P. (HEP -1.55%), and Alliance Resource Partners, L.P. (ARLP 0.93%) isn't as risky as the negative stock market sentiment around carbon fuels might suggest.

1. It's heavy, but getting lighter

Oil and natural gas are the focus at Royal Dutch Shell, which is one of the world's largest integrated energy majors. The yield is currently at a robust 6.6%. Relatively low oil and natural gas prices are a part of that high yield, but more important right now is a relatively heavy debt load. All of the major oil companies have been using debt in some fashion during this long oil downturn to support capital spending plans and dividends, among other things. But Shell upped its debt by 50% in a single year when it bought BG Group for around $50 billion in 2016, a uniquely large acquisition in the energy space during the downturn. 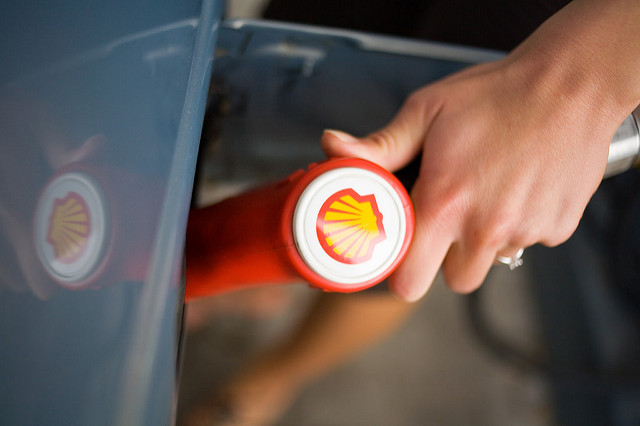 That purchase increased Shell's footprint in the offshore oil space and in natural gas, a fuel that is expected to help the world transition to cleaner energy options. Now that it's a done deal, however, management is focusing its attention on debt reduction. The goal is to shed some $30 billion in non-core assets. It's moving fast, too, with roughly two-thirds of that total sold or under contract. The big overhang on the shares appears to be concern about a dividend cut, but every asset sale makes the dividend more secure by reducing the debt burden Shell is facing. Making solid progress on fixing its balance sheet, Shell is worth a deep dive. 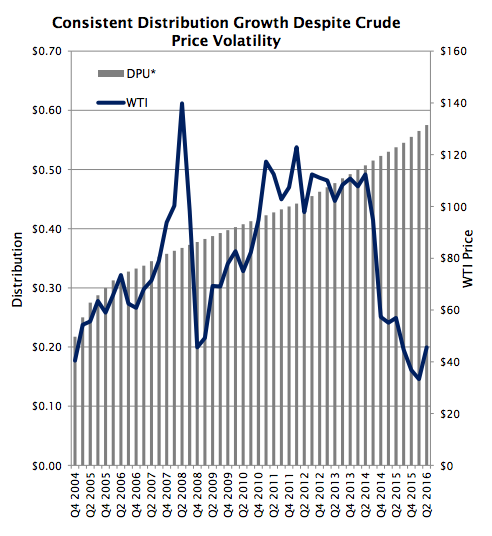 Holly Energy currently offers a robust distribution yield of 6.7% backed by 49 consecutive quarters of distribution increases. That's largely driven by acquisitions, including drop downs from HollyFrontier. Note that there was another transaction between the two in October, suggesting that more distribution increases are in the cards this year. Distribution coverage, meanwhile, was roughly 1.1 times in 2016, giving the partnership's payout a margin of safety.

Debt, however, is a little high at around 70% of the capital structure. That said, revenues are 100% fee based and 80% of the top line is supported by long-term contracts. That gives Holly Energy a little more leeway to support the current debt load while it digests some recent acquisitions. And that makes the robust yield worth a closer look today.

Alliance Resource Partners is a coal miner. Coal is, perhaps, the most unloved fuel in the world today. But, like it or not, coal remains a key fuel for the world's expanding electricity needs. Alliance's business is focused on the United States, where it mines for coal in the Illinois Coal Basin (ILB). That's a region that is expected to see solid, if not growing, demand in the future because of its location and the specific properties of ILB coal. There's no question that coal in the United States is a rough business, but Alliance is geographically well positioned.

The Illinois Basin is the Interior Region, an area that's held up better than others.  Image source: U.S. Energy Information Administration.

More important, however, is the fact that Alliance is executing well. For example, while low coal prices and falling demand pushed other miners into bankruptcy, Alliance has remained profitable throughout the coal downturn. And while it did trim its distribution, the current 8% (or so) yield was covered by just under 2 times in 2016. That's a huge amount of coverage for a partnership, noting that Holly Energy's 1.1 times coverage is a more typical number. If you can get past the unloved nature of coal, Alliance is easily one of the best coal miners around.

Sure, the world is moving toward more environmentally friendly fuels. But the transition will likely be a long, slow one. That gives companies like Royal Dutch Shell, Holly Energy, and Alliance Resource Partners plenty of time to keep paying those big distributions. If you are a fan of big distributions, this collection of 6% plus yields is well worth a deep dive today. You might just find you like carbon enough to add one or more of this trio to your income portfolio.