Please ensure Javascript is enabled for purposes of website accessibility
Log In Help Join The Motley Fool
Free Article Join Over 1 Million Premium Members And Get More In-Depth Stock Guidance and Research
By Danny Vena – Updated May 5, 2017 at 1:52PM

At first glance, the new Echo Look might appear to be a vanity device for fashion-conscious millennials, but just underneath lies a brilliant strategy that has been in the making for years.

Word broke last week that Amazon.com, Inc. (AMZN -3.01%) was adding a new Echo to the lineup, joining the classic Echo, the smaller Dot, and the portable Tap home smart speakers. The latest addition, the Echo Look, has similar features to its other Echo kin, but it adds a hands-free, depth-sensing camera, built-in LED lighting, and an app that lets you build a photo library.

Amazon is positioning this entry as a fashion assistant. Try on an outfit, use the command "Alexa, take a picture," or alternatively "Alexa, take a video," and the Look will take a full-length photo (or video) and not only compare outfits, but make fashion recommendations using Alexa's artificial intelligence. The website states: "Get a second opinion on which outfit looks best with Style Check, a new service that combines machine learning algorithms with advice from fashion specialists." 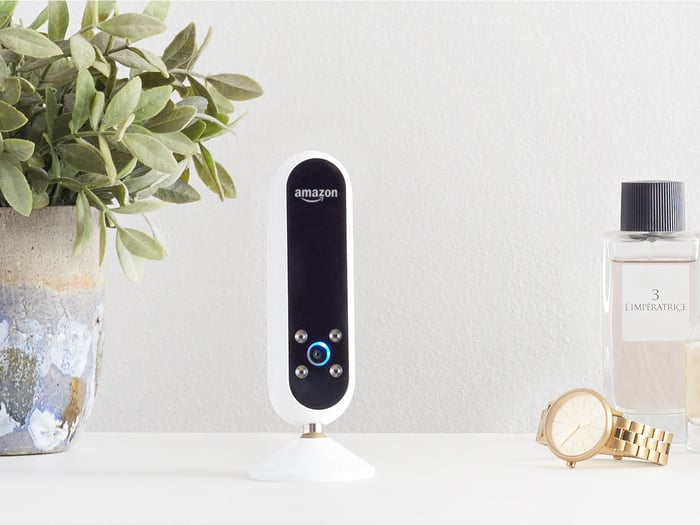 At first glance, it appears to be a clever way to appeal to fashionistas and the selfie generation. However, taken in the context of several other pieces of information, it provides the broad strokes of a brilliant master plan lying just below the surface.

There's an Echo in here

Echo has been an unqualified hit for Amazon. While the company doesn't release sales figures related to its smart home speaker, there are estimates abound. Consumer Intelligence Research Partners (CIRP) estimates that 8.2 million U.S. consumers own one of the Echo family of devices and that awareness of the device increased to 82% by the end of last year.

Analysts at Morgan Stanley believe that estimate is too conservative and place the number closer to 11 million as of early December 2016. They also note that this fails to account for the massive sales that occurred during December, and the number may now be approaching 15 million. Amazon stated that the Echo and Dot were the best-selling items on its website over the holiday season across all product categories.

Another data point is the proliferation of Amazon Prime, which provides members with free shipping and complementary video and music streaming. CIRP released data earlier this week showing that Prime has an estimated 80 million U.S. members, or approximately 60% of U.S. customers. This is key because Prime members spending is on average $1,300 annually -- nearly twice the rate of non-members.

Piper Jaffray recently released its semi-annual survey of U.S. teens, which found that Amazon was the top website for upper-income teens for clothes shopping. They also estimate that Amazon grew its softlines from $12.4 billion in 2014 to $21.7 in 2016, accounting for 56% of the overall industry growth. Amazon began focusing on contemporary high-end and designer brands in 2012. 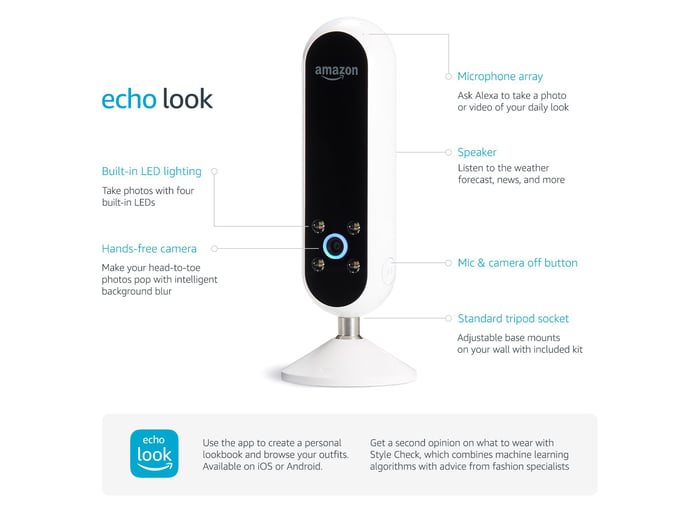 If you built it, they will spend

Finally, analysts Mark Mahaney and Jim Shaughnessy with RBC Capital Markets provide some stunning estimates as to how they think the Echo devices are affecting sales at the e-commerce giant. Their survey reveals that more than 50% of respondents use their device daily, and 17% use it to place orders with Amazon. "Amazon has a potential mega-hit on its hands with Alexa -- a product/service that has the potential to materially increase the frequency and intensity of its relationship with customers." The pair see the potential for Amazon to realize an additional $10 billion in revenue by 2020.

Taken together, these data points reveal the interconnected nature of Amazon's brilliant strategy. This latest addition to the Echo family can push incremental sales of clothes, as the company leverages its AI-enabled machine learning, and not only recommends which outfit to wear, but which outfit to buy. Oh, and if you're going to buy it anyway..."Alexa, buy me that outfit."