The popular dating app doubled its paid member count over the past year.

Match Group (MTCH) reported first-quarter results on May 2. The parent company of Tinder and Match.com saw its revenue and earnings boosted by strong international member growth. 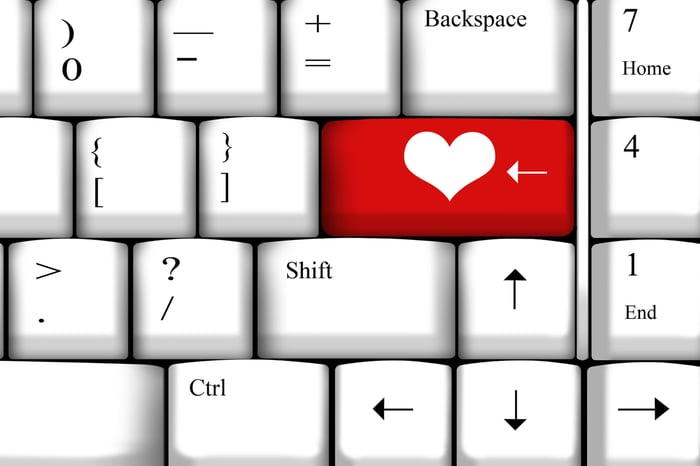 Match Group's board of directors authorized a stock buyback program of up to 6 million shares of Match's stock. CFO Gary Swidler commented on the share purchases during a conference call with analysts:

Our stock has tended to fluctuate fairly meaningfully, and the buyback authorization enables us to take action if the circumstances warrant. This is not a buyback authorization where we plan to go into the market aggressively. It's possible we don't use it at all. But we do think, given our cash flow characteristics, that it's a good arrow to have in our quiver and enables us to act opportunistically to drive longer-term shareholder value.

Swidler did, however, note that he still expects Match Group's public float to increase over the course of this year, despite this new share repurchase program.

Match Group expects second-quarter revenue of $303 million to $313 million, with adjusted EBITDA of $102 million to $107 million.

"Match Group is off to a solid start in 2017. Strong paid user growth continues, and we're making meaningful progress on our product and marketing strategies," Chairman and CEO Greg Blatt said in a press release. "We're on track to have a strong year."