The biotech has a new plan that investors seem to like.

Immunomedics (IMMU) is up 18% at 1:11 p.m. EDT after announcing a new plan to develop sacituzumab govitecan on its own, a capital raise, and management stepping down.

In February, Immunomedics licensed sacituzumab govitecan, which also goes by the codename IMMU-132, to Seattle Genetics (SGEN 0.46%). But activist investor venBio Select Advisor thought the deal undervalued the cancer drug and sued to stop the transaction from going through and won a temporary restraining order. venBio also gained four seats on the board, allowing it to proceed with its plans. 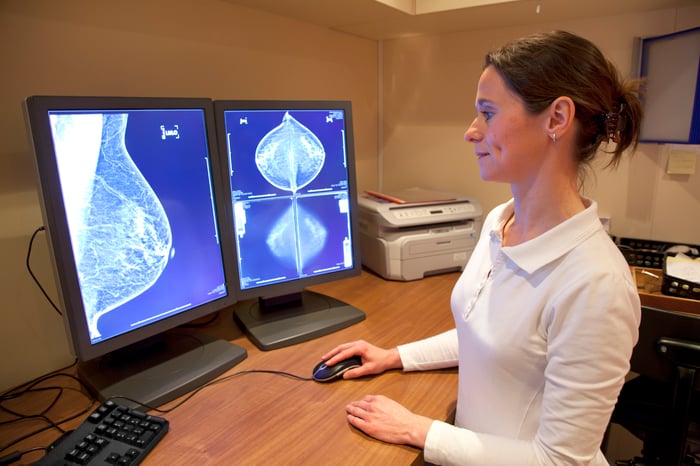 Today, Immunomedics announced that it will terminate the deal with Seattle Genetics. The bigger biotech gets to hold onto the shares and warrants in Immunomedics that were part of the deal. The stock was purchased at $4.90 per share, so at today's share price, Seattle Genetics got a pretty good return on its investment. Nevertheless, shares of Seattle Genetics are down 3%, suggesting that investors thought Seattle Genetics was getting a good deal in licensing sacituzumab govitecan.

Immunomedics thinks that it will be able to apply for accelerated approval from the Food and Drug Administration in metastatic triple-negative breast cancer (TNBC) at the end of this year or early next year based on the an ongoing phase 2 study of sacituzumab govitecan in third-line TNBC. The company plans to start a phase 3 trial in the third quarter, which will be used to gain full approval.

To fund the new internal initiatives, Immunomedics sold $125 million in a private placement that valued the preferred stock at yesterday's closing price.

Finally, President and CEO Cynthia Sullivan and David Goldenberg, who founded the company and acts as its chief scientific officer and chief patent officer, are stepping down, although Goldenberg will remain on the board. Immunomedics CFO Michael Garone will assume the role of interim CEO.

Going it alone is a riskier move for Immunomedics' shareholders, but will benefit them more in the long run if the company can get accelerated approval based on the phase 2 data. If the FDA wants phase 3 data before approving the drug, the delay in getting a revenue stream and additional cost of the phase 3 program that Seattle Genetics would have paid for may result in further shareholder dilution to raise additional capital.