Shares of semiconductor equipment manufacturer Axcelis Technologies (ACLS 4.73%) jumped on Friday after the company reported its first-quarter results. Axcelis beat analyst estimates for both revenue and earnings per share, news that sent the stock up as much as 16% Friday morning. By 1:30 p.m. EDT, shares were still up about 8%.

Axcelis reported first-quarter revenue of $86.9 million, up from $67.5 million in the prior-year period and nearly $7 million higher than the average analyst estimate. Product revenue jumped 31.9% to $82.0 million, while services revenue declined 8.1% to $4.9 million. 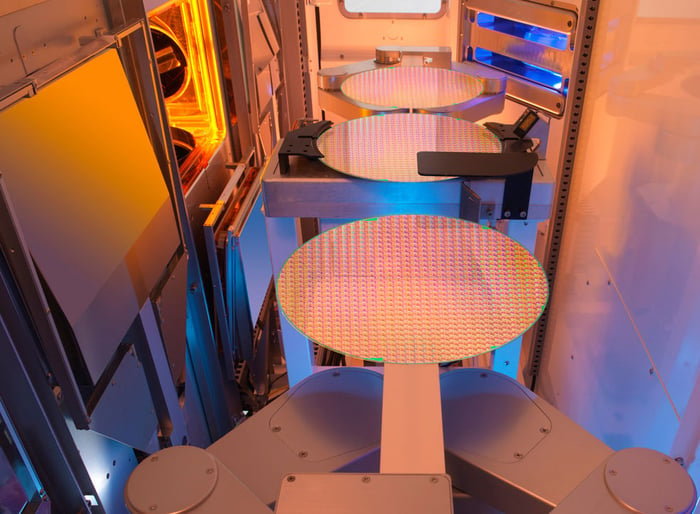 Axcelis produced net income of $9.5 million, or $0.29 per share, up from $1.9 million, or $0.06 per share, during the first quarter of 2016. Analysts were expecting EPS of $0.21. Higher revenue was the main driver of the earnings beat, with the company touting the shipment of its 100th Purion ion implantation system.

The industry is in a period of strong growth, driven by the thriving IoT [Internet of Things] and data storage markets. Today we shipped our 100th Purion system, demonstrating the continuing adoption of Purion products based on the innovative technology differentiation they offer customers. The Purion platform is well positioned to capitalize on the strength of this market.

The semiconductor equipment market is cyclical, and Axcelis is prone to significant swings in demand. Investors focused on the present on Friday, though, pushing up the stock on solid first-quarter results.