Uranium miner Cameco Corporation (NYSE:CCJ) is a one-trick pony. Teck Resources (NYSE:TECK), meanwhile, is a diversified miner that's extending its reach into a fourth major commodity. There are good reasons to like both companies, but if you aren't specifically looking for a uranium miner, then Teck is the better option today. Here's why.

Cameco is the world's largest publicly traded uranium miner. It's managed to hold up well despite a deep industry downturn that's left spot prices for the nuclear fuel near 12-year lows. For example, it remained profitable up until 2016, while smaller peers have been bleeding red ink for years. 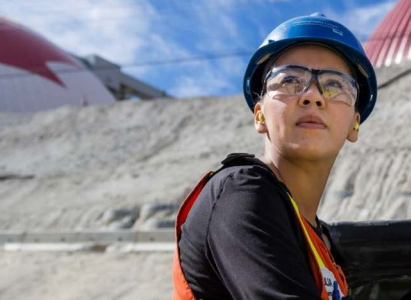 And even last year's loss was driven by a one-time charge, part of which related to shutting down an older uranium mine. That was a move to adjust to the difficult market, which is currently facing too much supply, and should improve the company's industry position in the future. Take out that charge, and Cameco made money.

Meanwhile, demand for uranium, while outstripped by supply today, appears to have solid underpinnings that are expected to lead to a brighter future. For example, there are around 60 reactors under construction today that are projected to come online over the next three years, which will more than offset reactors that are set to be shuttered. As these reactors come online, demand for uranium is set to increase. The expectation is that uranium prices will pick up when that happens.

That's all well and good, but the bigger-picture problem here is that Cameco is totally reliant on uranium. So goes uranium, so goes Cameco. It's a one-trick pony, and at this point, the supply/demand profile of uranium is stacked against it. The future, meanwhile, may or may not play out as well as expected.

Teck Resources, meanwhile, currently operates in the metallurgical coal, copper, and zinc industries. That's a lot more diversification compared to Cameco, and it allows Teck to shift its investments to where they'll have the most benefit. To be fair, Teck's recent past has included a debt overhang, something Cameco has largely avoided. But Teck has been working hard to deal with that issue, having paid off roughly $2 billion worth of debt over the past year or so. That's impressive because it's been facing the costs of adding a new business to the mix. 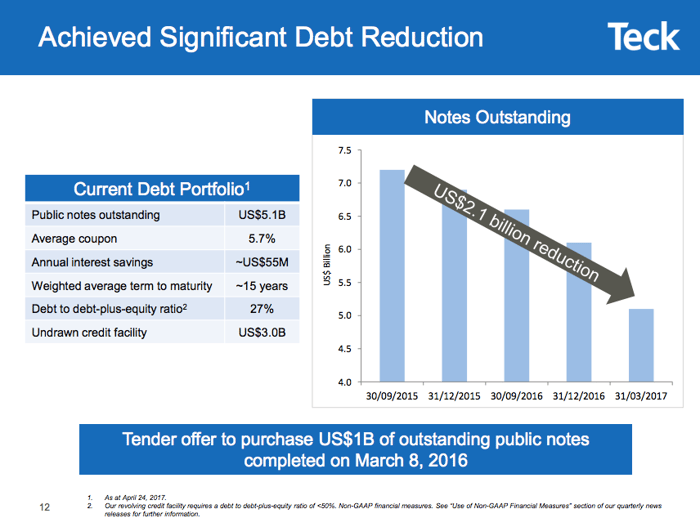 At this point, though, Teck has less than $1 billion to pay for its remaining share of the Fort Hills oil sands project. It's got roughly $600 million in cash and around $3 billion available on a credit facility, which should be more than enough liquidity to tide it over until first oil is expected at the end of the year. Once Fort Hills is up and running, with a 50-year reserve life, Teck will have four major commodities to work with and, more importantly, a new revenue stream coming on line to spur top- and bottom-line growth. That's a pretty good near-term outlook for Teck's business.

Cameco has been reducing production because of industry oversupply and weak pricing in the only commodity it produces. The long-term outlook looks far more positive, but that isn't the world Cameco is operating in today. It has no choice but to wait out the bad times.

Teck has survived a deep commodity downturn while still working toward adding a fourth major commodity to its business. The Fort Hills project should help boost revenues and earnings right away when it starts producing at the end of the year. Teck's various businesses will ebb and flow, as you would expect, but with four different commodities, it isn't subject to the whims of a single market like Cameco. A near-term growth opportunity and diversification is a compelling story.