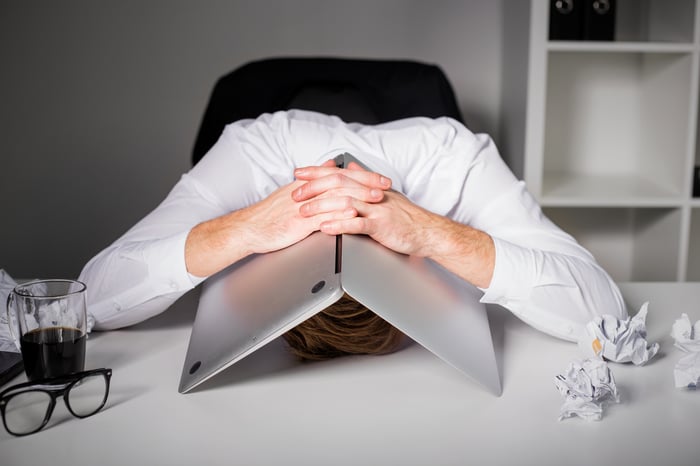 Apple's iPhone, which heralded the age of touchscreen smartphones and app ecosystems, was one of the most successful tech products of the past decade. But for every hit product that reshapes the market, there are countless flops that became cautionary tales. Let's look back at ten of the biggest technological duds of the past decade. 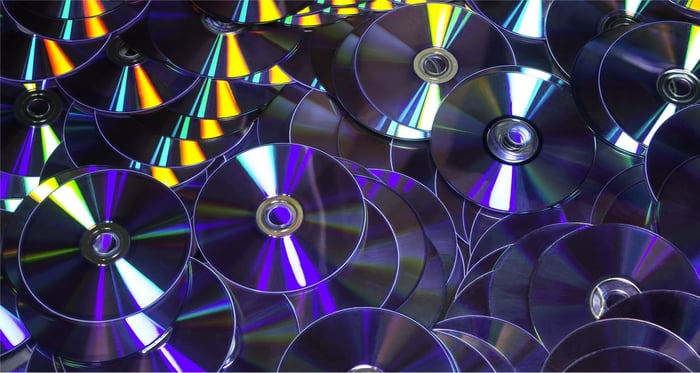 Back in late 2002, Toshiba and NEC developed the HD DVD as the high-capacity successor to DVDs. But at the same time, Sony was developing the competing Blu-Ray format in partnership with eight other leading electronics companies.

Sony -- which had its own movie studio and extensive media partnerships -- also convinced other major studios to launch their films in the Blu-Ray format. The disc war was over by 2008, and companies withdrew their support for HD DVDs. By the end, Toshiba had sunk over $1 billion into the doomed technology. 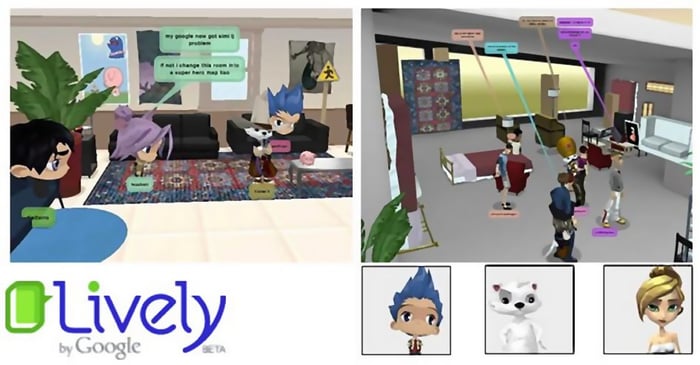 Back in 2008, Alphabet's Google tried to mimic the success of Linden Lab's virtual world Second Life with its own Web-based virtual environment, Lively. But instead of launching a stand-alone application like Second Life, Google launched Lively as a collection of "virtual chat rooms" accessed through a Web browser and powered by Adobe Flash.

While the idea was interesting, it wasn't as immersive as Second Life and seemed like a cumbersome way to communicate compared to Facebook and other messaging platforms. Lively was quietly killed off just a few months after it launched. 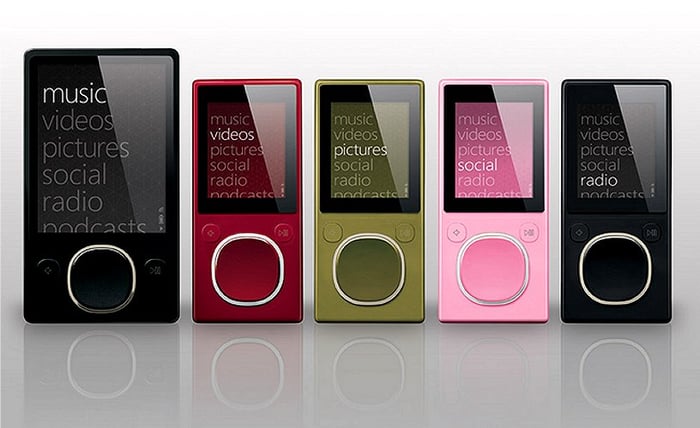 In late 2001, Apple changed digital music forever with the launch of the iPod. Microsoft launched its rival, the Zune, five years later. Despite positive reviews, the Zune flopped due to its delayed entry, weak marketing efforts, and lack of support among major record labels. Sales never picked up, but Microsoft kept the Zune alive for six more generations before killing it off in 2012.

Microsoft launched Windows Phone 7, its first multi-touch mobile operating system, in 2010 -- three years after the first iPhone arrived and two years after the first Android devices launched. That delay was costly, since most developers and consumers were already tethered to the iOS and Android ecosystems.

In a desperate bid to expand Windows Phone, Microsoft acquired Nokia's handset unit in 2014 -- which resulted in billions of dollars in writedowns a year later. Today, Windows Phone accounts for less than 1% of the smartphone market. 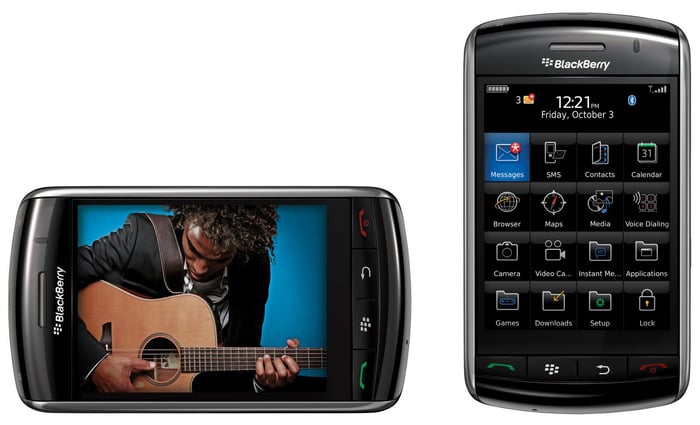 Yet that odd mechanism frequently failed, and Verizon reportedly replaced most of the 1 million Storms which it sold in 2008, resulting in nearly $500 million in losses. BlackBerry's market share continued plunging afterwards, and it finally stopped making its own phones last year. 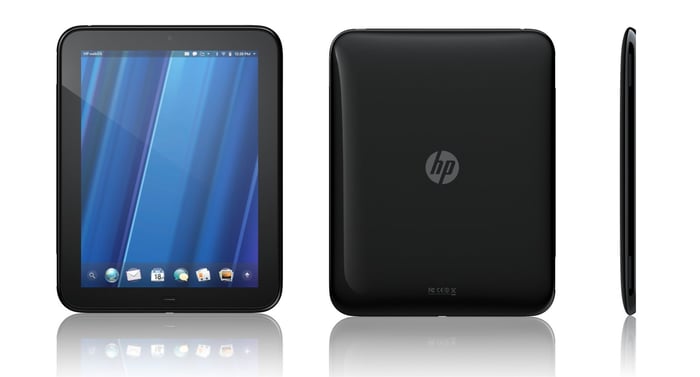 HP launched the Touchpad in July 2011 as a potential competitor to Apple's iPad. But just a month later, HP announced that it would discontinue all devices running webOS -- including the Touchpad -- to pivot away from the competitive mobile market. The remaining Touchpad inventory was subsequently liquidated for $99 per unit -- making it one of the shortest-lived tablets in history. 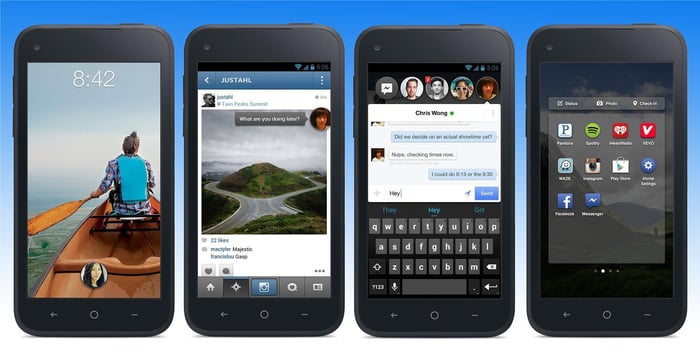 Facebook Home was a clear attempt to take over a mobile OS without actually creating one -- but the app was skewered by poor reviews (generally complaining about the pushy and overbearing nature of the app) and privacy concerns. That flop caused Facebook to go back to the drawing board and make Messenger a platform instead. 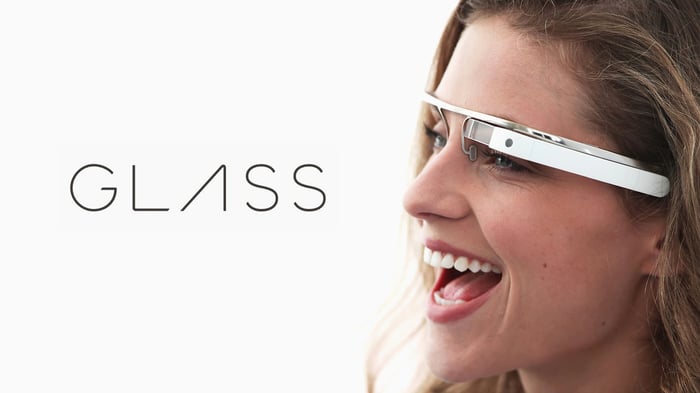 Google initially launched Glass via a limited "Explorer" program in 2013, then offered the augmented-reality device to the public the following year. Its initial price of $1,500 was steep, but Google intended to lower it for a commercial launch.

Many tech enthusiasts hailed Glass as the next big computing platform, but Google didn't consider the privacy implications of putting cameras on users' faces. Businesses banned Glass from their establishments, while mainstream consumers disliked the device's awkward appearance and high price tag. Google discontinued Glass in 2015 but promised to launch a next-gen version in the near future. 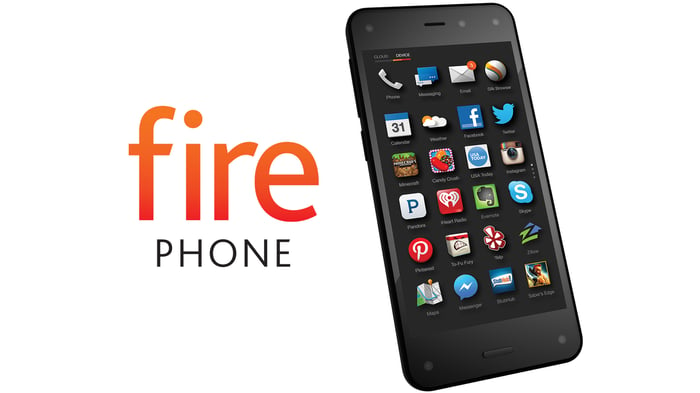 In 2014, Amazon believed that its success with the prisoner-taking Kindle Fire tablets could be replicated with the Fire Phone. However, the mid-range hardware failed to impress customers who were already using iPhones and Android devices. Amazon slashed the price of the Fire Phone from $199 to $0.99 (with a two-year contract) within the first month, took a $170 million writedown on unsold phones later that year, then killed off the device in 2015. 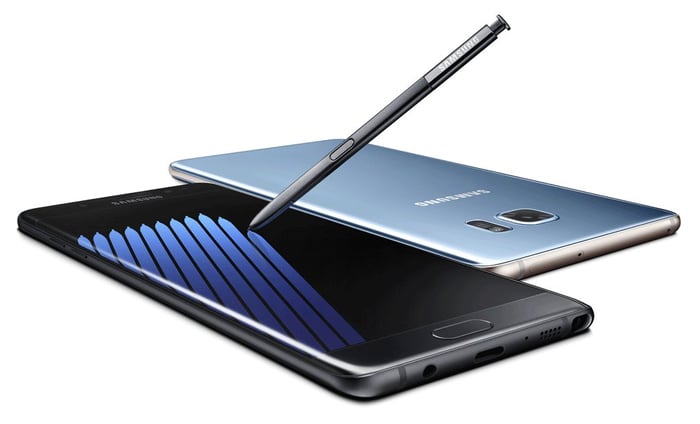 Last year, Samsung's well-received Note 7 smartphones started exploding due to faulty batteries. The ensuing debacle resulted in millions of units being recalled and the cancellation of the flagship device -- which resulted in a $2.3 billion writedown during Samsung's third quarter and plenty of lost revenue during the holiday season.

Despite that big setback, initial demand for Samsung's new Galaxy S8 devices appears to be robust -- indicating that the brand wasn't tarnished by the scandal.