Investors are drunk on bitcoin. As I write this, the Bitcoin Investment Trust (OTC:GBTC) is trading at more than 125% more than its underlying bitcoin are worth.

Shares currently trade at $505 per share, valuing the underlying bitcoin at 125% more than they can be purchased for at a popular online exchange. Each share represents ownership of approximately 0.093 bitcoin.

The Securities and Exchange Commission carries some of the blame for Bitcoin Investment Trust's ridiculous premium to net asset value. Because it disapproved the Winklevoss' twins application to create a bitcoin ETF, the markets lack a proper exchange-traded vehicle for speculating on the price of bitcoin. Thus, eager speculators are willing to pay an extraordinary premium to get their hands on bitcoin through their brokerage accounts by trading the only vehicle to do so. Bitcoin Investment Trust's premium nearly disappeared, only to soar higher after the SEC explained why it rejected the bitcoin ETF.

Of course, that never happened. The SEC later wrote that it disapproved the Winklevoss' bitcoin ETF on grounds that most markets for bitcoin are unregulated, and thus manipulation in unregulated bitcoin markets could affect the bitcoin ETF and the exchanges that list it.

The SEC also worries that the bitcoin ETF may face supply and demand imbalance, as entities that help keep ETFs properly priced would find it difficult to buy or sell the underlying bitcoin in sufficient quantity to create or redeem the ETF's shares.

Similar problems have occurred when ETFs become big fish in small ponds. The VanEck Junior Gold Miners ETF, which offers low-cost exposure to a pool of small-cap gold mining stocks, grew so large that at one point it stood to become a 20% owner of some of the companies that make up its portfolio. As a temporary fix, it had to buy shares of VanEck Vectors Gold Miners ETF, a large-cap gold miner ETF, to avoid becoming too large an owner of small-cap miners.

One can only imagine what impact a bitcoin ETF might have on the underlying bitcoin markets, as fewer than 250,000 bitcoin (worth roughly $600 million), trade hands each day on online exchanges, according to Bitcoinity.org. 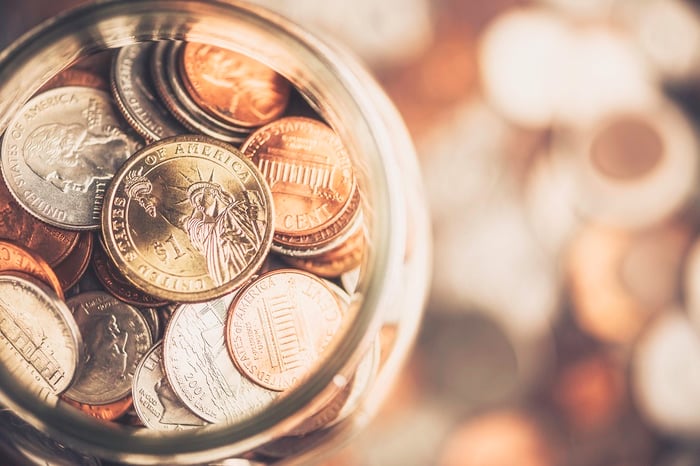 Bitcoin Investment Trust's premium to net asset value is indicative of the fervor for all things bitcoin. The trust hasn't been able to issue new shares fast enough to keep up with demand, in part because of how it creates new shares. Accredited investors can buy shares of the trust at its net asset value and avoid the premium, but reports suggest that this privileged ability to buy new shares at their actual underlying value comes with a stiff limitation: Shares must be held for one year before they can be sold.

The primary buyers of Bitcoin Investment Trust are likely individual investors. It has consistently appeared in the top 30 stocks most commonly bought and sold at retail brokerage Fidelity, and shares often trade hands in very small blocks. Rarely do round lots (100 shares) change hands.

But all good things find their eventual end. The trust's recent premium of 134% could come crashing back to earth if new products make it easier for investors to buy and sell bitcoin, or if interest in bitcoin wanes. Due to its extraordinary premium, owners of Bitcoin Investment Trust could be left with substantial losses, even if the price of bitcoin keeps rising higher.

There are many ways to make money, but buying an asset for more than two times its actual market value isn't one of them.