Berkshire is one of the largest shareholders of Apple, but its stake is still rather small, percentage-wise.

Berkshire Hathaway (BRK.A -1.38%) (BRK.B -1.44%) first bought Apple (AAPL -1.76%) stock in early 2016. At the time, Apple represented a relatively small investment for Berkshire, at less than $1 billion. Fast-forward not even a year and a half later, and Berkshire's stake has ballooned to more than $20 billion, thanks to both aggressive purchasing by Buffett and company, as well as strong performance in Apple stock.

Here's a look at Buffett's Apple investment, why he likes the company so much, and if Berkshire's stake could get even bigger.

What percentage of Apple does Warren Buffett own?

Berkshire Hathaway owns 129,357,106 shares of Apple, as of its latest SEC filings, which translates to a market value of $20.1 billion. These shares will generate nearly $326 million in dividend income for Berkshire in 2017 alone. Berkshire's only larger stock investments are Kraft Heinz and Wells Fargo, which are currently worth approximately $30.5 billion and $24.9 billion, respectively. 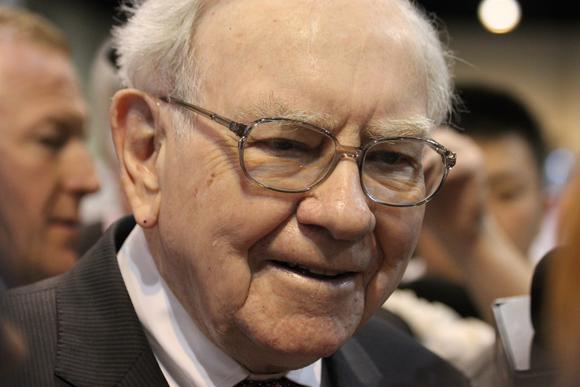 Despite the fact that Apple is now one of Berkshire's top three stock investments, it still represents a relatively small stake in the tech giant -- approximately 2.4%. In fact, there are 23 publicly traded companies in which Berkshire owns a larger stake, percentage-wise. This certainly makes sense, as Apple is the world's most valuable company, with a market cap of over $810 billion.

Why do Buffett and his stock pickers like Apple so much?

To be clear, Buffett didn't initiate Berkshire's Apple investment -- rather, it came from one of his two trusted stock-pickers, Todd Combs or Ted Weschler. However, since each of them manages approximately $10 billion individually, and since Buffett controls the bulk of Berkshire's portfolio, the decision to make Apple one of the company's biggest investments came from Buffett himself.

In a February 2017 CNBC interview in which Buffett revealed his massive increase in the Apple position, Buffett said, "Apple strikes me as having quite a sticky product and enormously useful product that people would use."

In other words, Apple has an incredibly loyal customer base and has created a strong ecosystem. Apple's customers don't often abandon the brand for its rivals, and the fact that many own several Apple products (iPad, iPhone, Apple Watch, etc.) makes switching even more unlikely.

Buffett also praised Tim Cook's job performance, especially when it comes to capital deployment. I can't stress enough the value Buffett places on good management, specifically those who he feels do a good job of keeping shareholders' best interests in mind when making decisions.

Finally, Buffett said that his decision to boost the Apple stake to its current level comes down to the "future earning power of Apple."

Will Berkshire's Apple stake get even bigger in the coming quarters?

Berkshire has added to its Apple stake several times in 2016 and 2017, but I believe the company could invest even more in Apple. In fact, I'd go so far as to say that it's likely -- for two reasons.

First, Berkshire is sitting on a massive stockpile of $86 billion in cash that it would love to put to work. Buffett likes having a reserve of at least $20 billion at all times, but this still leaves a lot of cash to put to work.

Second, even though Apple's stock price has risen significantly since Berkshire first bought shares, I feel that it still represents an excellent value. If you don't include its quarter-trillion-dollar overseas mountain of cash, Apple's business trades for just 11.9 times this year's expected earnings, well below the S&P 500 average. Apple's valuation could be an especially motivating factor for Berkshire if the market corrects, or if Apple's stock price dips.

Only time will tell if Berkshire will add to its Apple stake (and I've been right about Berkshire buying more Apple stock before), but in the meantime, Berkshire has a 2.4% stake in the tech giant, making it the third-largest investment in the company's closely watched stock portfolio. However, to put it mildly, I wouldn't be surprised in the least if Apple ends up becoming Berkshire's largest stock position in the not-too-distant future.