Shares of Zoe's Kitchen Inc (NYSE:ZOES) were moving higher on Wednesday in anticipation of tomorrow morning's earnings report. The stock was up as much as 11.1% today, ultimately settling with gains of 9.1%. 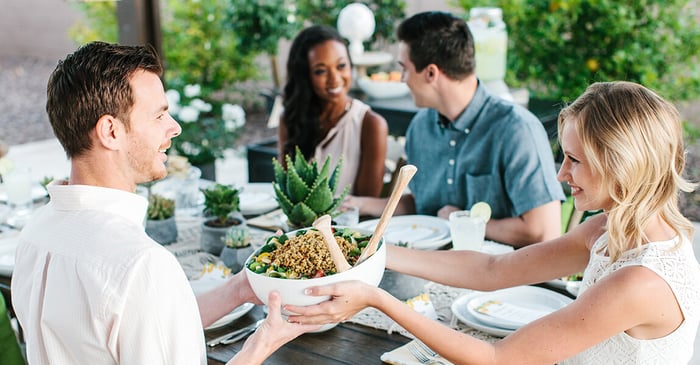 Zoe's shares are down nearly 70% over the last year, as the company -- like much of the rest of the fast-casual industry -- has failed to live up to the market's growth expectations. Profits have fallen over the past year, and the stock is now lingering near all-time lows.

However, investors seem to think the low bar set by the weak performance in the quarter a year ago will make tomorrow's report look good by comparison, sending the stock higher.

The fast-casual chain has lowered its guidance or missed its own estimates in each of the past four quarters, so the stock's slide isn't surprising. This time around, analysts are expecting a profit of just $0.02 a share, down from $0.06 a year ago. On the top line, they see 13.3% revenue growth to $75.1 million, but that increase is likely to be driven by new restaurants only, as comparable-restaurant sales fell 3.3% in its first-quarter report.

The stock is likely to swing wildly one way or another following the company's report. If Zoe's can beat those numbers, expect shares to keep climbing.