It would be fair to say that iRobot Corporation (NASDAQ:IRBT) has executed flawlessly over the last 12 months. Margins have improved, the company has held onto its dominant market share, it has soundly beaten earnings estimates four quarters in a row, and the stock price is up 156%. The key question for investors is whether or not this impressive performance can continue. Let's explore the challenges facing iRobot going forward, and while there are various problems, they will all, in one way or another, relate to one word. Competition. 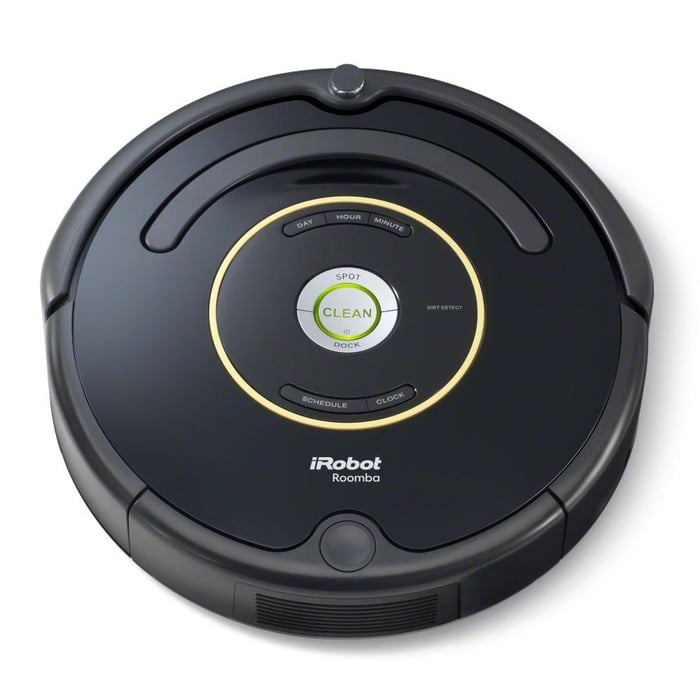 In a way, all of iRobot's competitors in the robotic vacuum market are small competitors. At least they are small compared to iRobot. As of this writing, iRobot has over six times the market share of its nearest competitor. The competitors that are relatively small as companies include bObsweep, ILife, Dyson, Neato Robotics, Anker, and Ecovacs. Of those on the list, Neato Robotics and China-based Ecovacs seem to be the biggest potential threats. In fact, Ecovacs has increased its global market share from 5% just three years ago to 10% today. The chart below shows the changes in robotic vacuum cleaner market share from 2013-2016.

There are two reasons to believe that CEO Colin Angle recognizes Ecovacs as a legitimate threat. First, he noted in the earnings release that he expects nominal full year growth in China after a decline in 2016. These are hardly exciting words, and he followed up by noting the quickly changing competitive environment in China at the low end of product offerings. Secondly, the company has repeatedly publicized the legal action it has taken on the domestic front against several well-known appliance brands and Chinese manufacturers. Angle did not specifically mention Ecovacs by name, but Ecovacs is the company's biggest Chinese competitor, and Ecovacs has low priced floor cleaners for sale in almost all the leading U.S. appliance stores, so Ecovacs' inclusion is a relatively logical assumption.

In addition to the smaller players mentioned above, there are a couple of big boys in the market as well. LG Electronics and Samsung are both large companies with large budgets that could pose a threat if they decided to do so.  Both companies have lost market share over the past three years, but that doesn't mean they won't choose to step up their games in future years. I do not think either company in their current forms will devote a higher level or resources to robotic cleaners.  However, an acquisition in a fast-growing market would not be out of the question. If a company like Samsung decided to acquire a company like California based Neato Electronics, competition in the United States market would certainly heat up.

It is possible that some of iRobots strongest competition down the line may not yet exist. History tells us that new competition can come and it can come quickly, especially in industries with relatively low barriers to entry. One only has to look back a couple years to recall Xiaomi's rise in the wearable device market. Xiaomi shipped its very first fitness tracker in the 2nd half of 2014 and only six months later was a close 2nd to Fitbit in market share.

There are plenty of other possibilities as well. GE is a powerful player in the "Internet of Things" and while GE is more focused on industrial solutions, some of its applications may cross over smoothly into the smart home market.  Alphabet bought Nest for $3.2 billion and I am sure it has more in mind than smart thermostats when it made the acquisition.  Then, there are companies like Garmin, who was specifically noted in iRobot's annual report as a disruptive innovator with a similar business model.  It would not be a huge stretch to see a company like Garmin, with all of its experience with navigation systems, to leverage that experience and join the robotic cleaning and mowing markets. 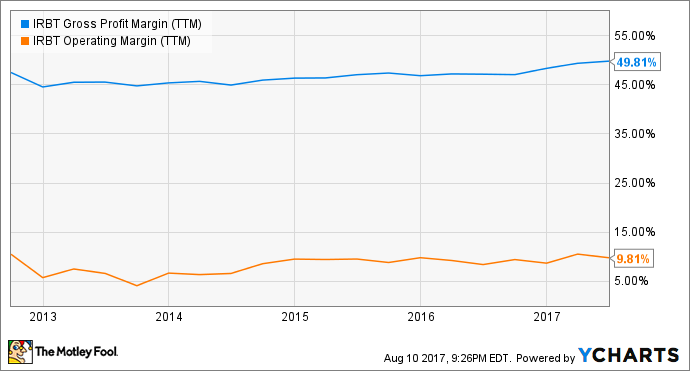 We don't know what the future will hold for iRobot. IRobot's management said as much in their annual report. What we do know is that success in any emerging and growing market is going to bring competition. Just ask Fitbit. One key for iRobot's continued success will be the ability to meet growth expectations without too much margin contraction. The second key will be to make sure that research and development efforts don't fall victim to the law of diminishing marginal utility. In other words, they don't spend a lot of money to make a little. It won't be easy, but if the company can avoid those two hurdles, long-term shareholders should be rewarded.