A whopping 45% of U.S. adults use Facebook as a news source.

According to a recent report from the Pew Research Center, 67% of American adults now "get at least some of their news" from social media. That's up from 62% in 2016. 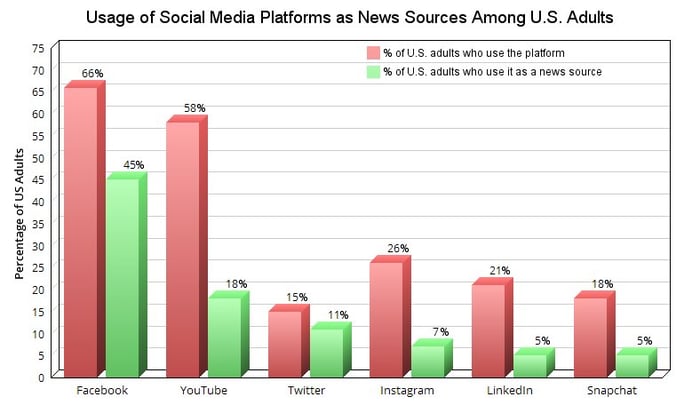 That trend is troubling, since Facebook (META -1.64%), Alphabet's (GOOG -2.57%) (GOOGL -2.45%) Google, and Twitter (TWTR -1.08%) have admitted that it's difficult to filter out fake news stories. All three companies were recently implicated in selling ads to Russian operatives, who used their platforms to spread fake stories in order to divide Americans during last year's presidential campaign.

Facebook, Google, and Twitter have all vowed to clean up their acts. Facebook plans to hire 1,000 new employees to monitor ads on the platform. Google upgraded YouTube's algorithm to halt the promotion of conspiracy theories and fake news, and Twitter recently deleted over 200 Russian bot accounts.

Those are steps in the right direction, but it's unclear if they'll fix the ongoing problems with fake news on social media. For now, investors should see if the issues have affected these companies' relationships with advertisers. Some advertisers previously boycotted YouTube over their ads appearing alongside racist and homophobic videos, so Facebook and Twitter should proceed with caution.