In fact, the company's zinc finger nuclease (ZFN) technology made headlines weeks ago as the first gene editing tech to enter a clinical trial. CRISPR tech isn't expected to enter the clinic until next year, when Editas Medicine initiates a trial aiming to treat a rare eye disease. 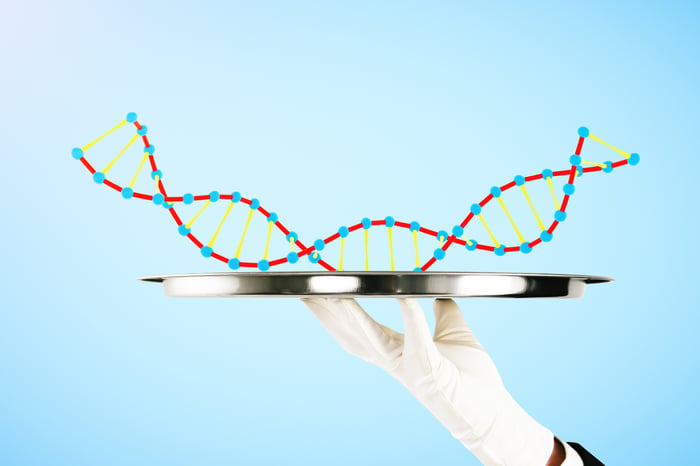 The articles are correct: It's true that there are multiple technology approaches with promising potential as gene editing therapies. That wasn't exactly a secret to investors before today. However, it's also true that CRISPR remains the easiest technology to engineer for precision, accuracy, and (importantly yet often overlooked) delivery into cells.

In fact, Sangamo Therapeutics has maintained firm control of the ZFN approach and another gene editing technology called TALEN for decades with little to show for it. If it weren't for the media craze surrounding CRISPR, then it's possible the company's gene editing approach would still be overlooked.

Then again, advances made with CRISPR in recent years have also inspired the company to make new advances for enhanced ZFN therapeutic candidates that are more accurate and precise than previous tech. So at least some of the recognition is warranted.

Long story short, there's still potential for Sangamo Therapeutics to prove successful in the clinic and advance a ZFN-based therapeutic into the market. Investors shouldn't yet be concerned that the mere existence of CRISPR means it will become the de facto approach in gene editing. That said, the company has a long way to go before it can claim success with its technology platform.

Here's Why Sangamo Therapeutics Rose as Much as 14.9% Thursday @themotleyfool #stocks $SGMO $EDIT Next Article
Current