Papa John's (NASDAQ:PZZA) and now-former CEO "Papa" John Schnatter made some big stumbles in 2017. The latter got involved in the political controversy surrounding the National Football League's player protests during the national anthem, and the chain's growth slowed down.

Schnatter has always been a controversial figure, but he may have damaged his company by siding against NFL players and threatening to pull ads from the league's games. That stand, plus his generally right-wing leanings, put the company in a position where his politics may have turned off some customers.

The numbers weren't awful. Comparable-restaurant sales still rose 1% in the third quarter for North America, but that was slower growth than the company had generally been experiencing. Papa John's also downgraded its full-year projections for North American comparable-store sales to 1.5% down from 2% to 4%. It also cut its earnings forecast to a 3%-7% gain per share, down from 8%-12%. 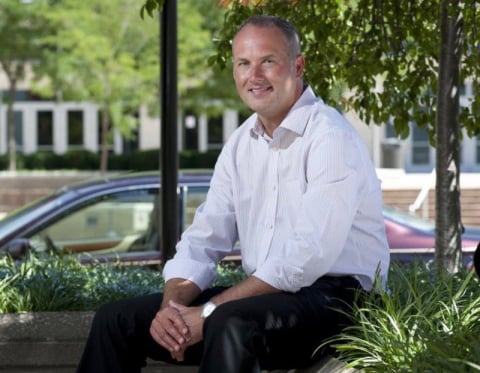 Slowing sales and the mild controversies caused by Schnatter led to investors losing some faith in Papa John's. After closing 2016 at $85.58, the stock finished 2017 at $56.11, a 34% drop, according to data provided by S&P Global Market Intelligence.

It's also worth noting that Papa John's was likely hurt by the success of its chief rival. Domino's had a stellar 2017 and showed no signs of slowing its incredible growth rate. That made Papa John's performance look worse, even though it actually outperformed many restaurants.

Schnatter has stepped down and Steve Ritchie, a former franchise owner who worked his way up, has been named CEO. That may solve one problem, but the former boss remains chairman, though he laid out a strong case for Ritchie's success in his remarks on the promotion.

I am so proud of Steve -- he has excelled at every job he's ever held at Papa John's-from being an hourly customer service rep, to a delivery driver, store general manager, director of operations, franchisee and most recently president. ... Steve will put the spotlight on our pizza and the most important ingredient -- our team members.

Taking a magnet for controversy out of the CEO chair will help. What's unknown is whether customers have tired of Papa John's mediocre pizza and have turned to the many fast-casual pizza chains that have been popping up.