There's no denying that America has a serious debt problem. The average U.S. household that's carrying credit card debt owes about $15,654, and households that have auto loans owe an average of $27,669, according to 2017 statistics from NerdWallet.

The statistics get even more depressing when you consider that the average American household that has revolving credit card debt pays more than $900 in interest each year. Think about that for just a second: Some Americans are losing nearly $1,000 to interest on their credit card debt every single year.

That should make you a bit queasy and it should also inspire you to pay your debt down as fast as you can. Here are three steps to help you get started. 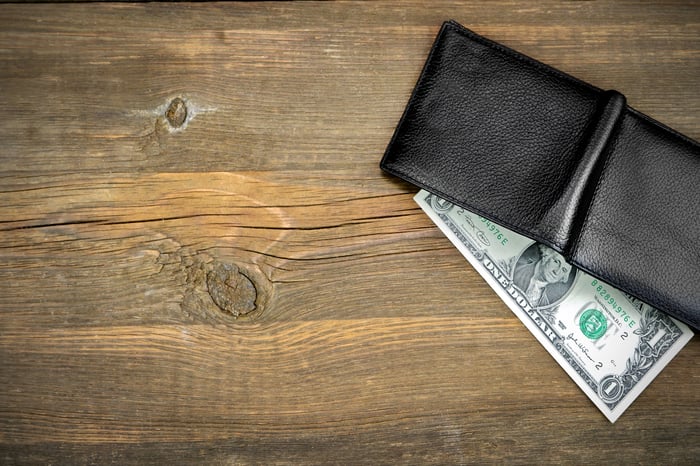 Step 1: Know what you owe

The first step can actually be one of the hardest, because not many of us want to know our current debt situation. I should know, I'm working on my own debt payoff-plan right now and when I first added up everything I owed it was more than I expected.

In fact, researchers at the Federal Reserve Bank of New York found out a few years ago that American households often think they have about 40% less credit card debt than they actually do.

So if you think you know how much debt you owe, but you haven't checked in a while, you need to do this first. Go online, log into your accounts, and tally it all up. It'll be scary at first, but you need to know how bad things are before you can get motivated to pay things off.

The next step is to come up with a plan to actually pay more than the minimum payment each month. This is important because without a concrete plan you're less likely to pay debts off faster. Don't wait until some extra money comes along to start paying things down, because that day may never come. Instead, find a proven system and stick with it.

Last year I found some research that showed that paying off the smallest debt first -- and focusing on just one debt at a time -- is the most effective way to tackle your debt.

That may not be all that surprising to people who've followed Dave Ramsey's plan for paying off debt, which recommends essentially the same thing. Ramsey believes that paying down your small debts first allows you to see instant progress, and when a small debt is paid off then you're motivated to move onto the next one.

I can speak from experience that as I've paid off my smaller debts it's encouraged me to then go onto the bigger ones.

Creating a plan that will get you out of debt won't mean much if you don't follow through on it. I know how easy it is to get excited about a plan, but then let it fizzle out when a few unexpected bills pop up and knock you off track.

But even when that happens, and it's likely that it will, don't be tempted to abandon the entire plan altogether. If you had a bad financial month, just pay any little extra you can to your debt (even if all you can afford is $20) and then get back on your plan in the next month.

The key is to not lose focus on the fact that every month some amount of money should be going to paying more to your debt than the minimum payment. If you let a couple months go by without sticking to your plan, then you'll be much more likely to get discouraged and give up.

If you want a fourth step (bonus step!), remember that you can't get out of debt by continually adding to the amount you owe. The best way to avoid doing that is to set up an emergency fund that allows you to tap into a small cash reserve for unexpected bills. Many experts recommend having at least $1,000 in savings for this, but even if you pull together $250 or $500 then you'll give yourself some breathing room. This will allow you to use the cash for things like unexpected house repairs or a minor medical bill -- and keep you on track for your debt repayment plan.

3 Steps to Paying Off Debt @themotleyfool #stocks Next Article
Current