Please ensure Javascript is enabled for purposes of website accessibility
Log In Help Join The Motley Fool
Free Article Join Over 1 Million Premium Members And Get More In-Depth Stock Guidance and Research
By Daniel B. Kline - Feb 2, 2018 at 7:17AM

The company's core marketing claim may no longer be entirely true.

For the past couple of years, Verizon (VZ 1.75%) has survived based on reputation. The company has built its business on the idea that it offered better service than its rivals. That allowed it to justify higher prices.

For a long time, that was true. Verizon once had a network that greatly outclassed the other major players. In 2017, though, much of that network lead disappeared. Verizon may still have the best network (one major study says so), but low-cost carrier T-Mobile (TMUS 1.69%) has largely caught up, as has Sprint (S), to a lesser extent.

Verizon still has a great network -- maybe even the best one -- but that's only part of the story. The company no longer has enough of a network advantage to justify consumers paying more for its service. That's a fact that the public has not really caught up with yet, but it's one that will be an anchor on the company in 2018. 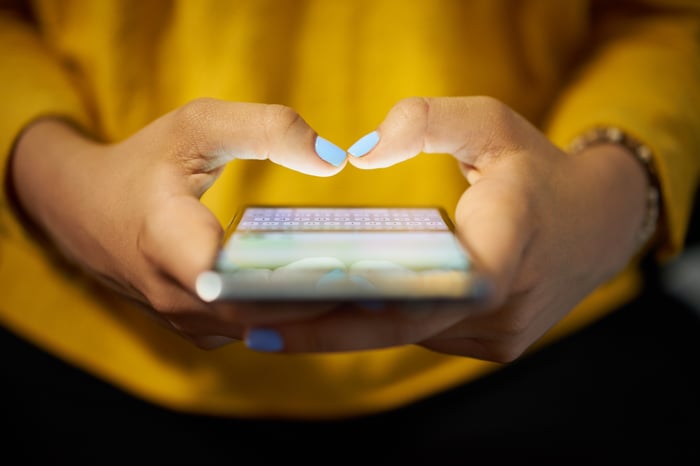 Verizon has built its business on having the best network. Image source: Getty Images.

How is Verizon doing?

The wireless carrier added 1.2 million customers in Q4. It also kept its adjusted earnings per share (EPS) at $0.86, exactly where it came in last year. Those are strong results, and CEO Lowell McAdam celebrated them in his remarks in the Q4 earnings release:

Verizon finished 2017 with great momentum, led by some of the best customer growth and loyalty results Verizon Wireless has delivered in recent years. In 2018 we look to drive long-term shareholder value by deploying next-generation network services, leveraging global platforms such as Oath, and using our strategic Humanability approach to turn innovative ideas into realities.

That all sounds nice, but it does not change the fact that the company will face problems as customers realize they can get comparable service for less money from T-Mobile and Sprint.

How big is the price difference?

The biggest pricing pressure may come from Sprint, which has been very aggressive in using price to land customers. T-Mobile's prices, however, are lower than they appear because they include taxes and fees.

Verizon isn't going to have a major fall. It has a loyal customer base, and it has done a good job of convincing those customers that they are getting something worth paying for.

Sprint and T-Mobile, though, are going to continue to put pressure on Verizon when it comes to pricing. Consumers now have viable options, and that's going to put a cap on growth in 2018 for Verizon.

This is going to be a year in which Verizon plays a lot of defense. The company's core marketing proposition has become if not invalid, at least weaker. That's going to make it a tougher sell to consumers, which suggests this won't be an easy year for the company.