T-Mobile (NASDAQ:TMUS) made yet another move to show investors and consumers that it aims to be on the cutting edge of America's next wireless evolution when it announced recently that it would spend $3.5 billion to purchase equipment and services from Nokia (NYSE:NOK).

The deal is one of the biggest of its kind in the 5G space, and it builds on the carrier's commitment to build a nationwide 5G network over the next couple of years. This move proves that T-Mobile is making 5G a huge priority -- a step that could help it compete even better with rivals AT&T and Verizon. 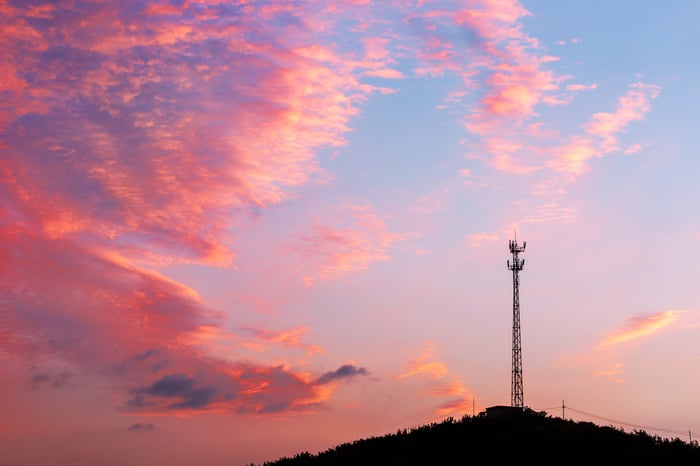 T-Mobile's chief technology officer, Neville Ray, was quoted in a press release about the Nokia deal as saying that "every dollar we spend is a 5G dollar, and our agreement with Nokia underscores the kind of investment we're making to bring customers a mobile, nationwide 5G network."

Spending $3.5 billion for networking equipment and services is no small investment, but it's part of the carrier's larger commitment to spend $40 billion over the next few years on wireless spectrum, hardware, and services to make its 5G network a reality.

The deal with Nokia will give T-Mobile access to new platforms and cloud-based services, along with hardware, which will help the company test and deploy nationwide 5G signals across T-Mobile's 600 GHz wireless spectrum.

T-Mobile announced in early 2018 that it would launch 5G in 30 cities across the country this year, with an eye on bringing commercial services to customers by 2020. 5G wireless will bring much faster speeds to T-Mobile's network, and CEO John Legere has said that once 5G is fully deployed, it will deliver "fiber-like speeds."

To get there, T-Mobile isn't just making big equipment and services deals like the one it just made with Nokia. The company expects its pending merger with Sprint (NYSE:S) to be a catalyst for its 5G expansion as well.

Here's how Legere put it last month in a blog post:

Of course, all wireless companies will eventually roll out some form of 5G, and both T-Mobile and Sprint have pledged to deploy 5G on our own. But the reality is that T-Mobile's 5G network will be broad -- though not deep, except in select markets. And Sprint's 5G network will be deep in some markets, but not broad. And we believe that no one else -- not Verizon, not AT&T, not Dish, not Comcast, not Charter -- will have the breadth AND depth we can bring together with Sprint ... the breadth and depth needed to deliver a truly breakthrough 5G network in the formative and early innovation years of 5G.

Legere expects the merger with Sprint to help T-Mobile take a leading position in America's 5G push and allow the combined company to roll out 100 Mbps data speeds to two-thirds of the country in just a few years and to 90% of the country by 2024. For reference, T-Mobile's peak download speeds in New York City are around 40 Mbps, according to the company's website.

The Sprint deal hasn't been approved by U.S. regulators yet, but if it does go through, T-Mobile could pose an even more significant threat to AT&T and Verizon than it does now. Both of T-Mobile's rivals are focusing their attention on 5G as well, but the Sprint merger would give T-Mobile even more wireless capacity, which could drive down mobile data costs and increase competition among the three remaining players, according to Legere.

Sprint deal aside, T-Mobile's latest move with Nokia shows that it's committed to building out one of the most advanced 5G networks and that in the next few years, customers could start reaping the benefits. Just as Verizon benefited for years from being the leader in the 4G LTE space, T-Mobile has its sights set on 5G. The size of the Nokia deal means that T-Mobile isn't just content with talking about how important the next evolution in wireless networks will be and is instead spending big dollars to actually bring it into existence.