After it released disappointing pipeline news, shares of Neurocrine Biosciences (NASDAQ:NBIX), a commercial-stage biopharma focused on neurological and endocrine disorders, dropped 20% as of 10:34 a.m. EST on Wednesday.

Neurocrine announced top-line results from its Phase 2b T-Force GOLD study today. This trial tested its drug Ingrezza (which is also called valbenazine) as a treatment for Tourette syndrome in children and adolescents.

Unfortunately, the data from the trial showed that Ingrezza failed to meet the study's primary endpoint, as assessed by the Yale Global Tic Severity Scale (YGTSS). 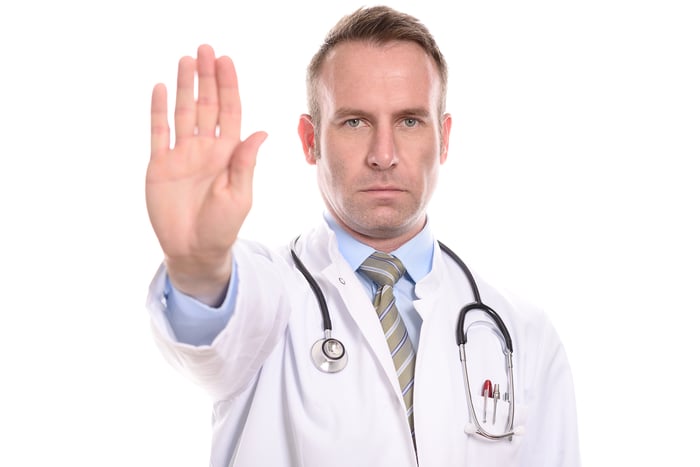 Here's the commentary that Neurocrine's CEO Kevin Gorman shared with investors: "We are very disappointed with the topline data from the T-Force GOLD study given that children and adolescents with Tourette syndrome need better treatment options. This study was well-conducted with a placebo response as expected, but the treatment effect of valbenazine was lower than we had anticipated."

Management stated that it will continue to dissect the data to determine the next steps for Ingrezza in Tourette syndrome.

Today's news is certainly a big setback for Neurocrine. Ingrezza has already received FDA approval to treat a movement disorder called tardive dyskinesia, so odds of its having success with treating Tourette syndrome looked favorable. However, this clinical update put that potential label-expansion claim in serious jeopardy.

Neurocrine's investors should do their best to shake off today's defeat and refocus their attention on the potential for the company's recently approved treatment for endometriosis, called Orilissa. Market watchers believe that Orilissa could turn into a billion-dollar drug down the road, and the company has already struck up a lucrative deal with AbbVie to make it a commercial success.

In other words, investors should view this pipeline blowup as a setback instead of thesis-busting news.