They may be pricing the perk out of existence.

Check out the latest UPS and FedEx earnings call transcripts.

The free shipping that consumers have come to expect when ordering online could be jeopardized by the latest rate hikes imposed by UPS (UPS 1.34%) and FedEx (FDX -1.37%).

The average rate hike of 4.9% is the same amount the two carriers have imposed every year since 2010. But the increases in ancillary fees and surcharges are what could wreak havoc with free shipping, because they're targeted at the residential customer -- and some rates will rise as much as 30% or more.

Although UPS has couched the rate hikes as a way to improve customer service, John Haber, the CEO of supply chain consultancy Spend Management Experts, says the "rate increases are massive and are going to negatively impact shippers of all sizes." 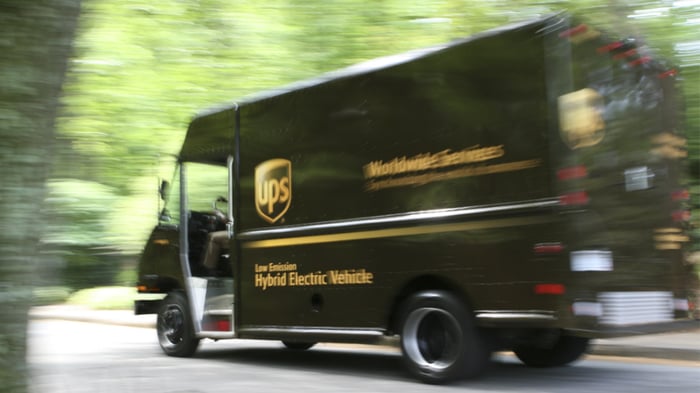 UPS gave shippers less than a month's notice that it was raising rates on the day after Christmas, while FedEx rates will go up starting Jan. 7. The two national carriers are also raising a variety of fees and surcharges that -- depending upon your ZIP code -- will increase shipping costs by an average of 9% or more.

More worrisome for the future of free shipping is the rate hike UPS is imposing on SurePost, the service provided in collaboration with the U.S. Postal Service (USPS) under which UPS uses the USPS to provide faster last-mile delivery. For packages over one pound, rates are rising by 9%; for those under a pound, they're going up 9.34%. Surcharges to certain rural or difficult-to-access locations will see rates rise by 32%. Rates for FedEx's similar SmartPost arrangement are also going up. The USPS also raised its rates this past October, with its Parcel Select package rates rising between 9% and 12%.

It's a problem because Spend Management Experts says that SurePost, SmartPost, and Parcel Select are the options retailers most often use to offer free shipping in a bid to maintain parity with Amazon.com (AMZN 3.15%). That causes the retailers to operate at razor-thin margins, and the rate hikes could make free shipping a money-losing option for them.

The impact of the rate increases on Amazon, while not negligible, is more easily borne because it has over 100 million customers paying $119 a year for a Prime membership to get "free shipping." That offsets the cost to an extent, even though there are many other benefits included in the loyalty program.

Also, Amazon began building out its own logistics operations several years ago, which are increasingly taking over package delivery from the national carriers. It just announced it was expanding by 10 planes the number of aircraft it will lease from Air Transport Services Group, to add to the 40 planes it currently has in its Amazon Air fleet.

Morgan Stanley analysts estimate Amazon can save anywhere from $2 to $4 per package when using its private fleet, amounting to some $2 billion annually. That would equal about 10% of the $21 billion Amazon spent on shipping in 2017. The rate hikes will only encourage Amazon to further build out its delivery business, particularly for last-mile delivery.

The e-commerce giant is most dependent upon the USPS. Estimates of the post office's share of Amazon's overall volume vary widely. One analyst estimates that the USPS delivers 45% of Amazon's domestic shipping volume and 23% of Amazon's total volume. Another industry consultant says that the figure is higher, projecting as many as 62% of Amazon parcels get delivered through the USPS.

Much of the rest of retail simply uses the private delivery duopoly of FedEx and UPS. With those kinds of increases staring it down, the potential for free delivery to become unprofitable could mean the end of the online shopping perk as we know it.