Please ensure Javascript is enabled for purposes of website accessibility
Log In Help Join The Motley Fool
Free Article Join Over 1 Million Premium Members And Get More In-Depth Stock Guidance and Research
By Matthew DiLallo - May 2, 2019 at 2:00PM

The global exchange operator is rewarding investors even as it continues expanding its operations.

Intercontinental Exchange's (ICE 1.79%), or ICE's, focus on expanding its subscription-based data and listings business continues to pay dividends. That segment delivered healthy growth during the first quarter, which helped offset lower trading activity in the period. That enhanced the company's ability to generate free cash flow, allowing it to continue returning money to shareholders while still making investments to expand operations.

What happened with Intercontinental Exchange this quarter? 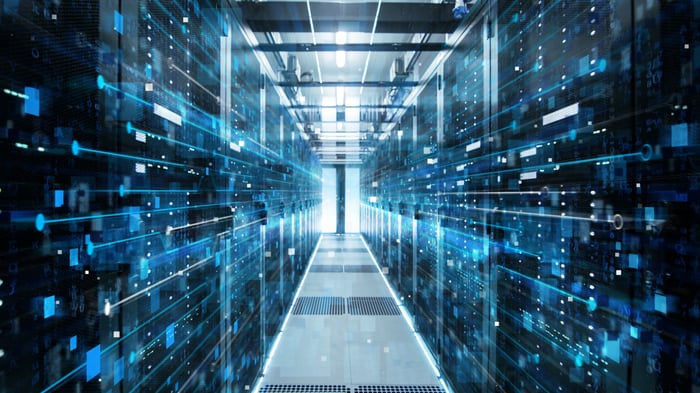 CEO Jeffrey Sprecher commented on the company's results. He stated that: "We are pleased to report another quarter of revenue and earnings-per-share growth as compounding growth in our subscription-based Data & Listings business helped to offset a quarter of relatively muted trading activity. We remain focused on bringing efficiencies to our customers' workflows and creating value for our stockholders."

ICE has invested heavily over the years to expand its subscription-based offerings to help mute some of the impacts of the volatility in the trading and clearing operations. As a result, the company now gets 52% of its revenue from these recurring sources. That's enabling the company to generate more consistent growth.

ICE plans to continue returning the bulk of its free cash flow to shareholders. While the company is using a portion of its cash balance to buy Simplifile, that won't have any impact on its capital return plans for 2019. The company currently has a $2 billion share buyback program underway that it expects to complete by the middle of next year. Those repurchases should enable ICE to continue growing earnings per share at a faster pace than net income.