How do you know when a stock is trading at an entirely irrational and unrealistic price? One sign is when analysts start talking about sales estimates for 11 years in the future. Beyond Meat (NASDAQ:BYND), an ultra-processed-food company that makes products that look like meat, is the latest consumer-oriented stock to fuel a mania. This won't end well, because it never does.

Beyond Meat is enjoying a growth spurt as restaurant chains scramble to put fake meat on the menu. The company reported a 215% increase in sales in the first quarter, its first report as a public company. Sales to restaurant and food service customers jumped by nearly 500%. For the full year, Beyond Meat expects to sell at least $210 million of its faux-meat food, up 140% from 2018. 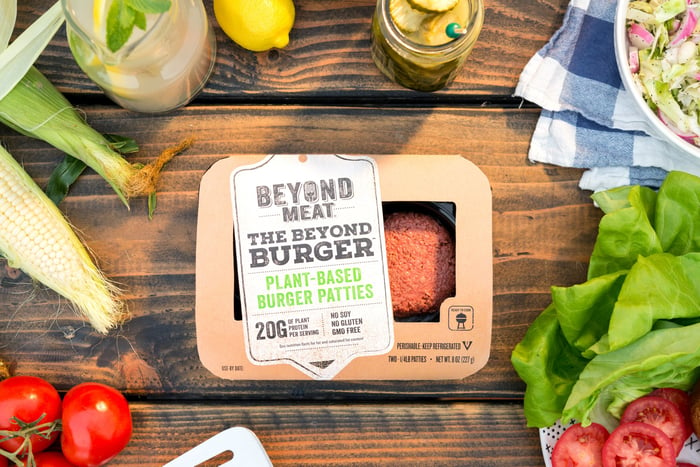 How is the market valuing this company? As of Friday morning, following a post-earnings surge, Beyond Meat sported a market capitalization of roughly $7.4 billion. That's a forward price-to-sales ratio of 35. For comparison, real-meat company Tyson Foods trades for about 0.7 times sales.

You may be wondering how any bullish analyst could possibly justify this valuation. Well, the price-to-sales ratio may be high today, but what about in 2030? Analysts at Credit Suisse boosted their price target on the stock to $125 following the first-quarter report, which is roughly where it traded Friday morning. That price target is based on a 2030 sales estimate of $3.5 billion. No, I'm not kidding. Beyond Meat trades for about twice that 2030 sales estimate.

This Beyond Meat mania is similar to the LaCroix craze that only recently started to unravel. But the underlying story here is much weaker.

It starts with a sound premise

According to Warren Buffett, bubbles begin with a sound premise. There's a story that makes sense, and that drives investors into whatever assets fit in with that story. Prices then rise quickly, which draws in more investors, which causes prices to rise further. Eventually, those rising prices become the story, and the original premise is cast aside.

We've seen this play out with internet stocks in the 1990s, housing in the 2000s, and bitcoin in the past few years. It's also played out with some individual stocks.

National Beverage (NASDAQ:FIZZ), the company that sells LaCroix, is a good example. Sales of sparkling water have surged over the past decade, nearly tripling between 2008 and 2018. LaCroix, a decades-old brand, was in the right place at the right time to tap into this trend. National Beverage's sales have soared, nearly doubling in the past decade as LaCroix became the top-selling sparkling water brand. It seemed like LaCroix was everywhere.

Shares of National Beverage soared as well, topping out at around $120 last year. That's up from around $12 per share in 2010. But the wheels have now started to come off. The stock is down 60% from its high, and sales of LaCroix have begun to drop. National Beverage's sales declined in the first quarter of this year, and one analyst said that LaCroix sales are "effectively in free fall."

The premise behind the LaCroix sales bubble was, and still is, sound. Consumers are shifting away from soda, which is loaded with sugar, toward healthier beverages. 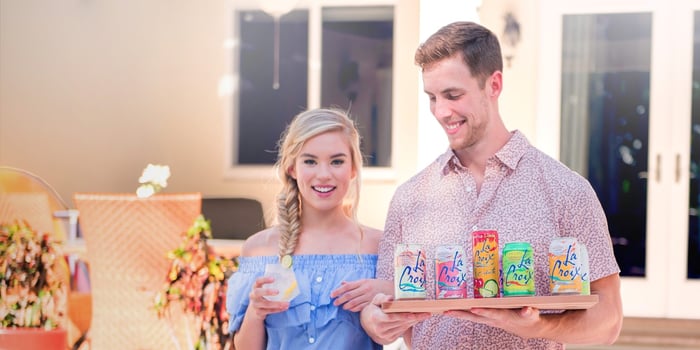 But that premise morphed from "sparkling water sales will rise" to "LaCroix sales will rise." At one point, National Beverage was trading for 50 times earnings. Investors paying that price were forgetting about competition. Other beverage companies have rolled out sparkling water products and taken market share. Even Costco now sells its own store-brand sparkling water.

The lofty growth expectations built into the stock at its high have now given way to a more realistic assessment. LaCroix is still a leading brand, but its growth prospects aren't nearly enough to justify a sky-high valuation.

The premise behind the Beyond Meat bubble isn't quite as compelling. Beyond Meat aims to compete directly with the global meat industry, offering customers a way to enjoy plant-based products that look and taste like meat. Veggie burgers have been around for a long time, but Beyond Meat's plant-based burgers get much closer to mimicking ground beef.

The premise here is that consumers will shift away from meat for reasons related to nutrition, climate change, and animal welfare. The idea is that meat eaters will happily eat a plant-based burger as long as it's a viable alternative in terms of taste and texture.

This premise is shaky for a few reasons. On the nutrition front, Beyond Meat's products are about as ultra-processed as it gets. The Beyond Burger is a conglomeration of canola oil, pea protein, and a dozen other ingredients manufactured in a factory. Real beef has one ingredient and is minimally processed. A recent study showed an association between the consumption of ultra-processed food and higher risks of heart disease. The claim that a Beyond Burger is healthier than a real burger is questionable at best, and completely bunk at worst. 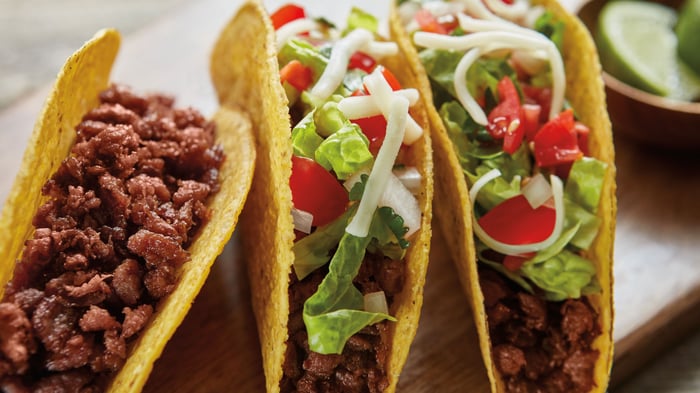 Is the Beyond Burger better for the environment than real beef? Maybe, but the impact appears to be minimal. From a recent comprehensive study led by the Agricultural Research Service (ARS), the USDA's in-house scientific research agency, beef cattle production accounts for just 3.3% of all U.S. greenhouse gas emissions. More than 50% of all emissions come from transportation and electricity generation.

"We found that the greenhouse gas emissions in our analysis were not all that different from what other credible studies had shown and were not a significant contributor to long-term global warming," concluded ARS agricultural engineer Alan Rotz regarding beef production in the United States.

While the premise that drove shares of National Beverage through the roof was sound, the premise pushing shares of Beyond Meat into the stratosphere doesn't really hold water. And even if the fake-meat trend has legs, Beyond Meat will face an onslaught of competition.

There's Impossible Foods, which makes the Impossible Burger currently available at some Burger King locations. Nestle plans to roll out its own take on plant-based burgers, the Incredible Burger in Europe and the Awesome Burger in the U.S., later this year. Tyson plans to launch plant-based meat substitutes this summer. If fake meat really takes off, you can expect every major processed food company to jump on the bandwagon.

There's no telling how long the Beyond Meat mania will go on. It could last years. Or it could start to show cracks in the coming months. My best guess is that the fast-food companies eager to add fake meat to their menus will find that the initial surge of consumer interest dissipates quickly and that, like Blue Apron and its meal kits, another food-based mania, plenty of people will try it but not many will stick around for the long haul.

I've never bet against a stock before, but I'm beyond tempted to bet against Beyond Meat and its imitation beef.