The cloud services company rocks its latest quarter, while the new IPO on the block is from a company familiar to the fit.

Just like the standard trading hours today, the post-market scene is varied and lively in terms of developments.

In addition to after-the-bell earnings releases, we have some interesting developments in board of directors composition, and an initial public offering (IPO) filing from a noted fitness company. 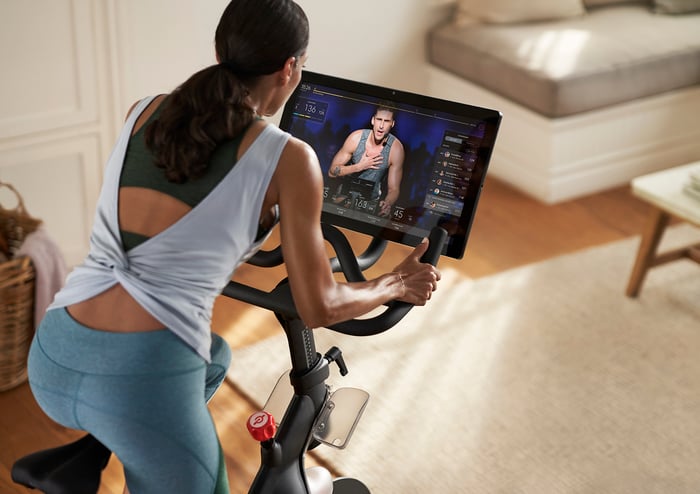 Veeva Systems (VEEV 0.83%) reported its Q2 of fiscal 2020 results after market close today, revealing beats on both the top and bottom lines.

The quarter saw the specialist cloud computing company and popular tech stock earn revenue of just under $267 million, well up from the nearly $210 million in the same quarter a year ago. Non-GAAP (adjusted) net income rose a beefy 43% to almost $88 million, or $0.55 per share.

Those results were a fair distance ahead of the average analyst estimates, which were for $259 million in revenue and $0.49 per share in net profit.

Stating that it has "a strong runway of growth ahead," Veeva proffered guidance for both its current quarter and the entirety of fiscal 2020 that anticipates further improvement in fundamentals. For the latter period, it's guiding for revenue between $1.062 billion and $1.065 billion, and earnings per share of $2.11 to $2.13. For comparison, the full-year fiscal 2019 figures were $862 million on the top line and $1.63 in adjusted EPS.

In spite of the earnings beats, Veeva stock is essentially trading sideways tonight.

Dropbox taps two female execs for its board

Dropbox (DBX -0.79%) seems to be doing its part to broaden corporate board representation. The cloud storage company announced tonight it has named two new members of its board of directors, and both are women. Even in this day and age, it's uncommon for a publicly traded company to name a single female board member, let alone a pair of them.

The duo is Lisa Campbell and Karen Peacock. Campbell is chief marketing officer of design software purveyor Autodesk, where she has worked for 16 years. Peacock is chief operating officer of privately held business-messaging software specialist Intercom; prior to Intercom, she served as senior vice president of small business at financial software company Intuit.

Both women join Dropbox's board as new members, rather than replacements. The board now consists of 10 individuals. Campbell and Peacock are not the only female members -- Condoleezza Rice and Meg Whitman are also directors of the company.

The U.S. is a country stuffed full of fitness trends. One of the trendiest over the last few years has been Peloton, a company that's an atypical mix of exercise equipment purveyor and tech-forward media concern.

Will trendiness, the promise of a healthy lifestyle, and an unusual business foundation be appealing to investors? We'll soon see, as the company filed formally and publicly for its IPO after market close today.

Peloton is seeking to raise $500 million for the issue, which it rather vaguely intends to utilize for "working capital and other general corporate purposes, which may include research and development and sales and marketing activities, general and administrative matters, and capital expenditures."

Operating on a subscription model, which is in line with a current tech industry trend, the company could certainly use the dosh to shore up its finances. Although revenue has ballooned over the past three fiscal years, from $219 million to $435 million to $915 million, net loss has deepened considerably. The scorecard: $71 million, $48 million, and $196 million.

Peloton stock will be listed on the Nasdaq under the ticker symbol PTON. The exact date of the IPO has not yet been fixed, nor has a price range for the stock. Goldman Sachs and JPMorgan Chase unit J.P. Morgan head the underwriting syndicate.