Please ensure Javascript is enabled for purposes of website accessibility
Log In Help Join The Motley Fool
Free Article Join Over 1 Million Premium Members And Get More In-Depth Stock Guidance and Research
By Rich Duprey - Dec 12, 2019 at 11:20AM

Atlantic City's casinos certainly look like they're doing well, reporting third-quarter operating profits that jumped 12.5% from last year, for a collective profit of $239 million. Helped by two new casinos that opened last year, the New Jersey seaside resort looks like it is doing better than it has in years.

Yet looks can be deceiving. Although all nine casinos were profitable for the period, only six saw their operating profits increase, and year-to-date profits are down 4.5%. While the casinos appear to be getting healthier, Atlantic City isn't out of the woods yet. It's been down this road before, and the end result has been ugly. 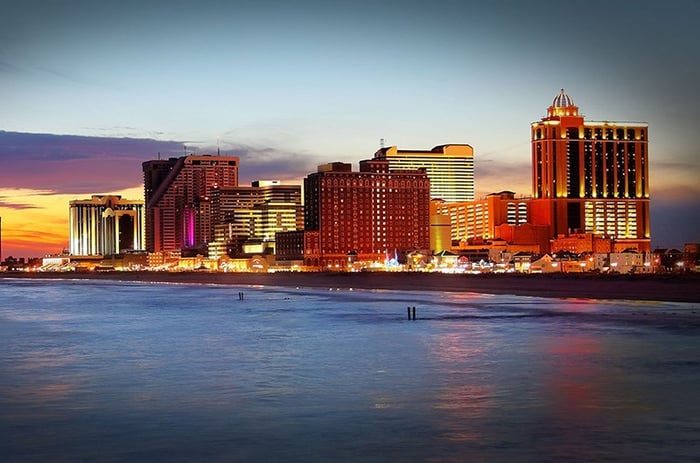 A different kind of Sin City

The nine casinos are the most the city has had since 2014, when a dozen casinos dotted the Jersey shoreline. But in quick succession that year, five of them declared bankruptcy or otherwise shut down.

Unlike Las Vegas, which has gone through its own rough patches over the years but always seems to bounce back stronger, Atlantic City never seems able to attain its former glory. Part of the problem is it's not a destination location in the same way other major gambling cities are; it's more of a day trip.

It also has a reputation as a crime-ridden city. While Atlantic City historically has been highly impoverished, and the crime rate in 2018 was greater than nearly 90% of all U.S. cities, that was actually 61% lower than the year before. Thefts are relatively low, too, but as one former New Jersey governor quipped, "There's nothing to steal."

Still, you really don't want to wander too far off the famed Atlantic City Boardwalk to go exploring, since it largely remains a gritty, run-down area.

The city's biggest and best performing casino is the Borgata, owned by MGM Resorts (MGM 7.45%). It isn't even located on the Boardwalk, but rather at the marina. The Borgata reported the biggest profit in the third quarter, a 10.6% rise to $69.9 million, but the two casinos that opened their doors last year, Hard Rock Atlantic City and Ocean Casino Resort, had the best gains, with profits tripling for Hard Rock to $24 million and a 1,600% increase for Ocean Casino to $10 million.

Yet therein lies the worry. Last year's results were weighed down by the openings and the expenses incurred in marketing the new resorts, so this year's gains are getting magnified. And though it's not completely a zero-sum situation, Hard Rock and Ocean Casino do seem to be benefiting at the expense of some of their rivals.

Moreover, it's not the actual casinos driving most of the profits, but rather sports betting and online gambling that see the most action.

Wagering on sporting events in October alone grew fourfold to $46.4 million while internet gambling rose 69% to $45.2 million. Even then, most of the betting is happening not at a casino or even a casino-affiliated sportsbook, but rather at the horse tracks.

The Meadowlands Racetrack in East Rutherford is by far the biggest sportsbook in the state with year-to-date online wagers exceeding $95 million and retail (or on-site) bets of almost $25 million. It's followed distantly in second by Resorts Digital, the online sportsbook for Resorts Casino, with $63 million in total year-to-date revenue. The Monmouth Park track in Oceanport is third with $20 million in total revenue.

Tilman Fertitta, the owner of the Golden Nugget, one of the more successful physical casinos in Atlantic City, but one which has been hurt by the rise of the two new resorts, says Atlantic City can't support all of its casinos.

"It's not a nine-casino market, and I don't understand why nobody realizes that," he told The Press of Atlantic City. With so many casinos operating, Fertitta said, owners can't afford to maintain and refresh their properties: "It's a seven-casino market, and when it was seven casinos, everybody was putting money back into the properties. Now, they won't."

The third quarter, however, represents the first period where the nine casinos can be compared on an even basis to last year, and their better overall performance is encouraging. Still, it's not a very even one, and some may end up struggling to compete. Fertitta just might be right about Atlantic City having too many casinos.