The tech giant wants to bring artificial intelligence to bear on solving diseases like cancer, but the side effect of that could be a loss of our privacy.

During a panel discussion today at the World Economic Forum in Davos, Switzerland, Sundar Pichai, the CEO of Alphabet (GOOG -1.62%) shared some upbeat thoughts on how AI and healthcare could intersect.

"Cancer [is] often missed and the difference in outcome is profound," he said, according to Reuters. "In lung cancer, for example, five experts agree this way and five agree the other way. We know we can use artificial intelligence to make it better."

Two years ago at the 2018 Davos conference, Pichai said, "A.I. is probably the most important thing humanity has ever worked on" -- more profound, he said, than electricity or fire. But many observers worry about who will control artificial intelligence, and how it might be used in harmful ways -- for instance, to spy on people. And the concerns about the damage this technology could do to privacy are growing more intense as Alphabet and other tech giants move into the medical space, and seek access to our health information and data. 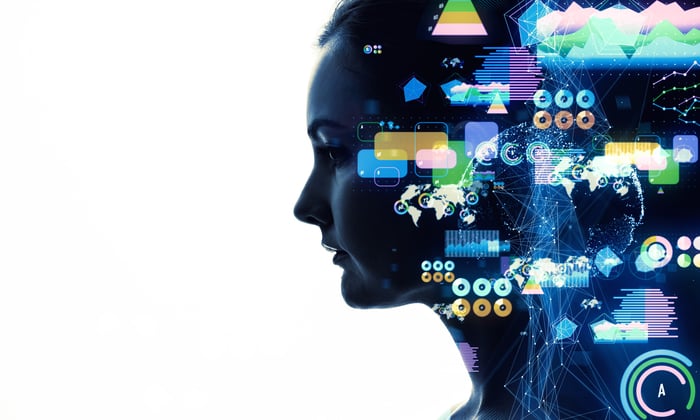 Some people are suspicious about what Alphabet is up to

The Wall Street Journal has reported that last year, Google tried to win a contract to store 250 million patient records for Cerner (CERN), the health records specialist. It was reported that former Google CEO Eric Schmidt was brought in to try to win the contract, and that he offered $250 million in discounts and incentives. Alphabet was vague on why it wanted the deal so badly, but Cerner elected to go with Amazon instead. Despite that failure, Alphabet has gotten access to tens of millions of health records.

In November, there was a public outcry after it was reported that Alphabet had a secret project (code name: Nightingale) to obtain access to 50 million patient records from Ascension, a chain of Catholic hospitals. Investigators from the Department of Health and Human Services are investigating the Ascension agreement for possible privacy violations.