Please ensure Javascript is enabled for purposes of website accessibility
Log In Help Join The Motley Fool
Free Article Join Over 1 Million Premium Members And Get More In-Depth Stock Guidance and Research
By Keith Speights – Feb 2, 2020 at 9:04AM

The company's liquid biopsies could change the way cancer is diagnosed. And make investors rich along the way.

For 17 years, a popular TV game show asked a question that was easy to answer. The question was in the game show's name itself: Who Wants to Be a Millionaire? Obviously, the answer to the question is "pretty much everyone." The hard part was answering the show's other questions. It took 12 correct answers to win the $1 million prize.

Are there easier ways to become a millionaire? Sure. Buying the right stock and holding it for enough time can amass a fortune for patient investors. The trick is finding that right stock.

There are plenty of stocks that are pretty good candidates. One that I really like is Guardant Health (GH -6.73%). But could Guardant Health actually be a millionaire-maker? 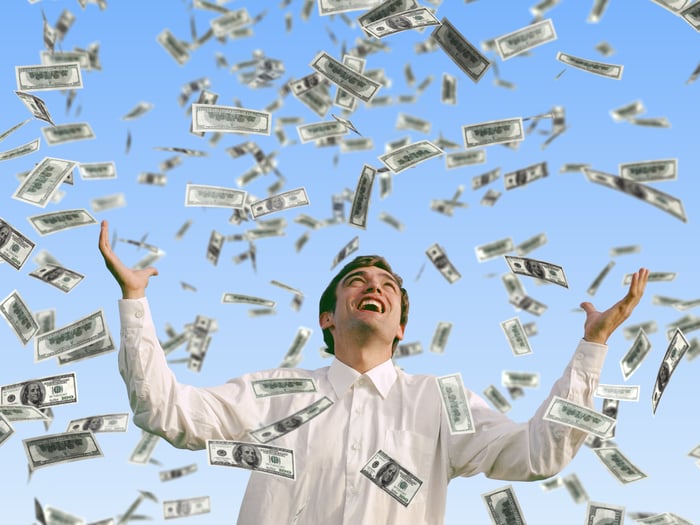 A fantastic growth story so far

Guardant Health's growth since its initial public offering (IPO) in October 2018 has already made some investors a lot of money. The IPO price was $19 per share. Guardant Health soared 46% right out of the gate and is now up more than 300% in just 16 months.

The company's revenue has increased at an impressive rate as well, soaring by a compound annual growth rate (CAGR) of more than 100%. What's fueling Guardant Health's success? Liquid biopsies.

If you're not familiar with liquid biopsies, they're tests that can detect cancer by identifying DNA fragments from tumor cells in the blood. In many cases, a diagnosis of cancer requires a tissue biopsy, which usually involves a surgical procedure. Liquid biopsies are easier, safer, and cheaper than tissue biopsies.

Over 60 drugmakers use Guardant Health's liquid biopsies. Two of them -- AstraZeneca and Amgen -- have partnered with the company to develop companion diagnostics using Guardant360.

There are several near-term catalysts for Guardant Health. A Medicare local coverage determination (LCD) is expected by February that will allow Medicare contractors across the U.S. to expand Medicare coverage for Guardant360 to the majority of solid tumors. That could set the stage for private insurers to approve coverage for the liquid biopsy as a pan-cancer test.

The company also awaits FDA approval of Guardant360. Guardant Health thinks that this approval will lead to a Medicare national coverage determination (NCD), which would standardize reimbursement for the liquid biopsy for all Medicare beneficiaries.

Guardant360 alone has an addressable market of $6 billion. And that's just in the U.S. Guardant Health plans to expand into international markets in the future.

But the biggest opportunity for the company lies with another product -- its Lunar liquid biopsy products. The Lunar-1 test is designed for cancer recurrence monitoring, while Lunar-2 targets cancer screening and early detection. These products are only available for research use right now. Not too far down the road, though, Guardant Health thinks that Lunar-1 could reach a market of $15 billion per year with Lunar-2 knocking on the door of an annual market opportunity of over $30 billion.

As is the case with TV game shows, jumping through the hoops required for healthcare stocks to win is easier said than done. Guardant Health has a long way to go.

Still, Guardant Health enjoys a head start right now. With a market cap of only $7.4 billion, the stock should have a lot of room to run if the company can capture a significant share of the potential market.

I wouldn't go so far as to claim that Guardant Health is a shoo-in to be a millionaire-maker stock. However, I do think it should make investors a lot of money over the next decade. And they won't have to know the answers to questions about trivia.